Kawhi Leonard had 16 points and nine rebounds for the Clippers, who are jockeying for playoff position in the Western Conference. 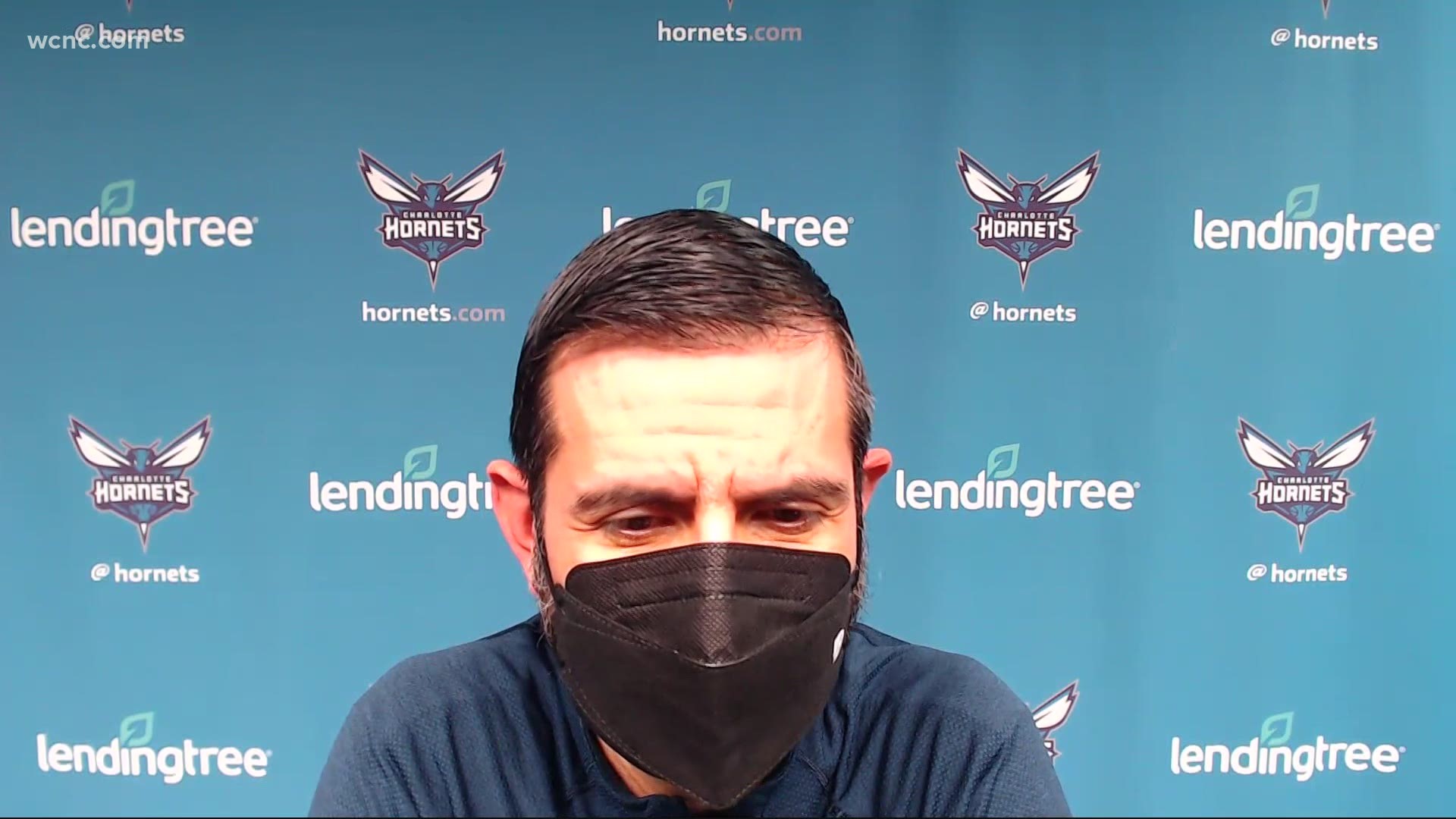 CHARLOTTE, N.C. — Paul George had 20 points and 10 rebounds, Reggie Jackson added 19 points off the bench on five 3-pointers and the Los Angeles Clippers handed the slumping Charlotte Hornets their fourth loss in the last five games 113-90.

Kawhi Leonard had 16 points and nine rebounds for the Clippers, who are jockeying for playoff position in the Western Conference.

LaMelo Ball had 18 points and seven assists for the Hornets.

Charlotte is still in eighth place in the Eastern Conference despite losing 5-of-7 games.

They have the same record as the Indiana Pacers, but own the tiebreaker in their series.

#Hornets fade in the second half with just 13 fourth-quarter points and lose to the Clippers 113-90.

Bucks helping out and should hold on to beat Indiana.

The Hornets will try and hold on to the eight seed in the NBA Play-In Tournament with two big games this weekend at the Knicks and Wizards.

They also hope to get forward Miles Bridges back from the NBA's Health & Safety protocol.

"Hopefully we get good news on Miles here soon and that will help us," coach James Borrego said. "But if not we've got to move forward. We've got a big game on Saturday."