Jeremy Lamb's winning shot came less than two weeks after he hit an improbable half-court buzzer-beater to shock the Raptors in Toronto in one of the craziest endings in the NBA this season. 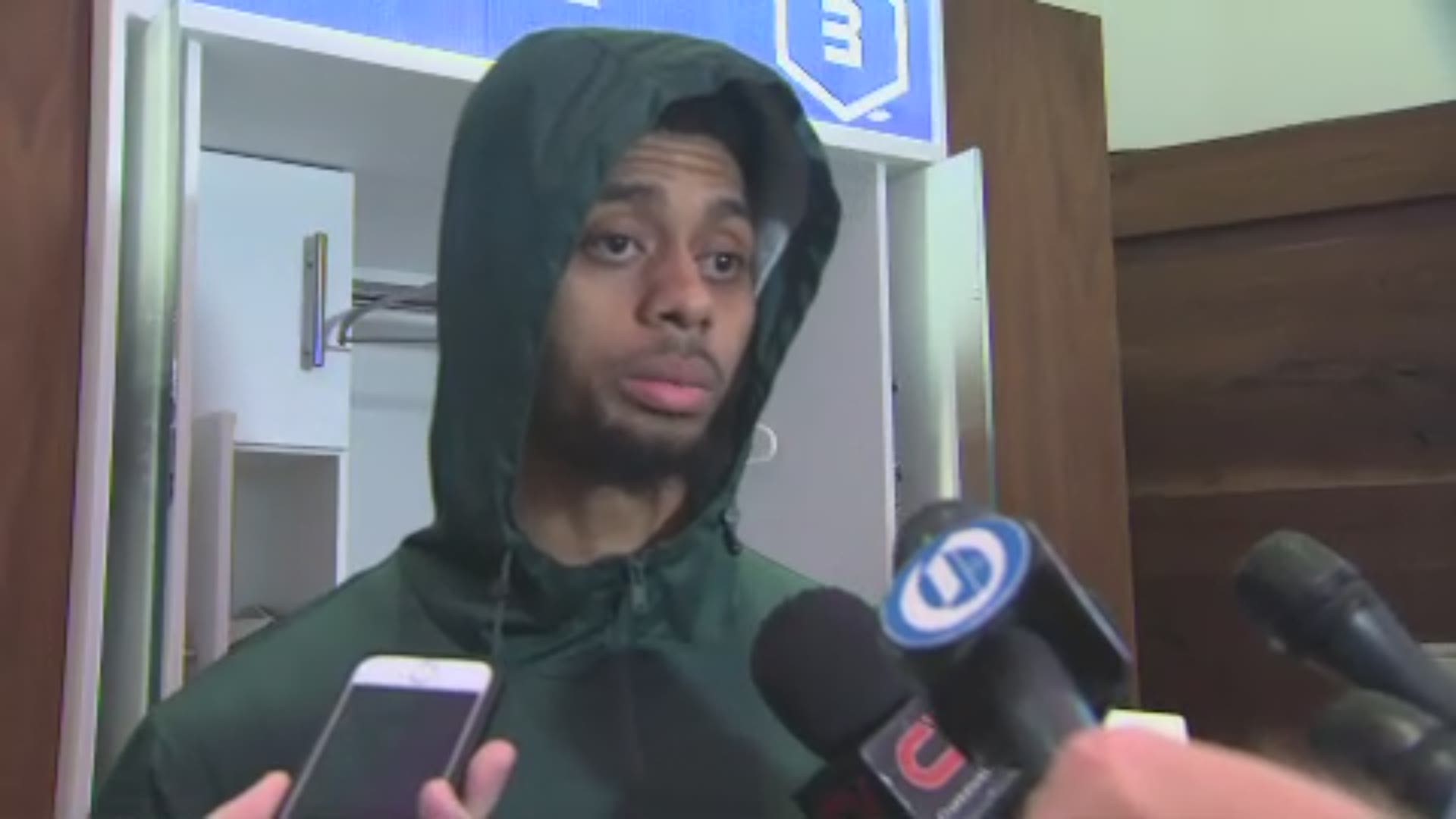 Lamb's winning shot came less than two weeks after he hit an improbable half-court buzzer-beater to shock the Raptors in Toronto in one of the craziest endings in the NBA this season. Lamb finished with 22 points and Frank Kaminsky added 22 points and 13 rebounds for the Hornets (37-42), who kept their slim postseason hopes alive and surpassed their win total of the previous two seasons.

Kawhi Leonard had 29 points for Toronto, but missed a fall-away jumper with 1 second left.

Serge Ibaka had 20 points and 12 rebounds and Kyle Lowry had 16 points and 11 assists for the Raptors, who had their five-game win streak snapped.

It was essentially a meaningless game for the Raptors (56-24), who are locked into the No. 2 seed in the Eastern Conference playoffs regardless of how the rest of the season plays out.

The Hornets had a shot clock violation with 55 seconds left, and the Raptors took advantage as Pascal Siakam knocked down a 3-pointer from the left wing off a crosscourt pass from Leonard to give Toronto the 109-108 lead.

Walker gave the Hornets the lead with a baseline drive, but Leonard answered, spinning around a defender near the foul line and scoring on a layup off the glass to give the Raptors the lead with 15 seconds left.

That's when Walker drove the lane and kicked out to Lamb, who knocked down a 27-footer from the top of the key for the go-ahead basket. Leonard's fall-away 3-pointer got stuck between the rim and the backboard with 1 second left on the clock, forcing a jump ball at midcourt. Miles Bridges knocked the ball off Marc Gasol's hands on the tip ending the game.

Hornets: Played without Marvin Williams (right foot strain) and Cody Zeller (knee). ... Nic Batum saw action off the bench after not playing at three of the team's last four games because of a coach's decision.

Raptors: Host the Heat on Sunday.