Ball is the third Charlotte player to win the NBA's Rookie of the Year, following Emeka Okafor (2005) and Larry Johnson (1992). 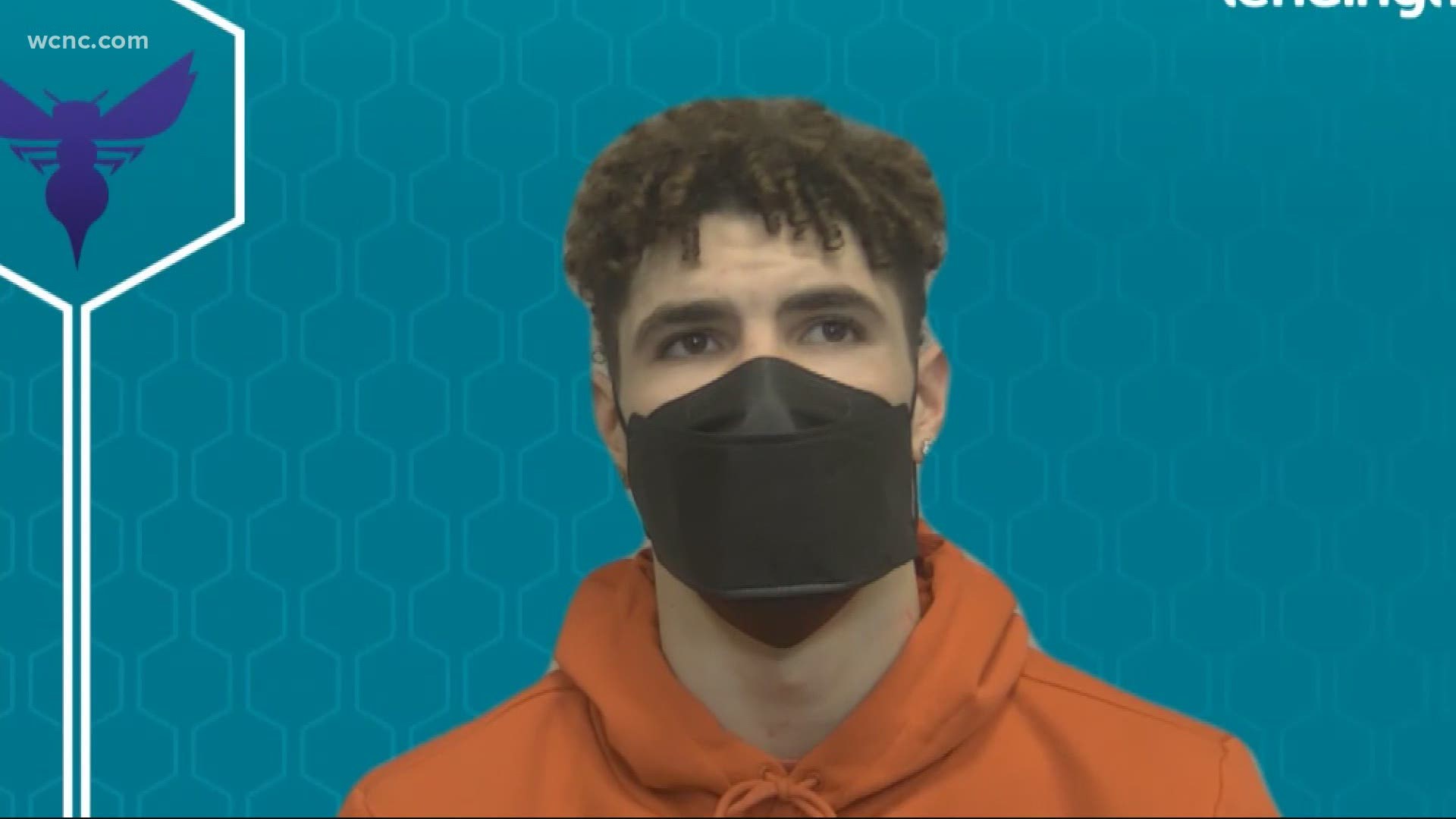 CHARLOTTE, N.C. — Charlotte Hornets point guard LaMelo Ball added another accolade to his young career by being named NBA Rookie of the Year.

Ball is the third Charlotte franchise player to win the rookie award, following Emeka Okafor (2005) and Larry Johnson (1992). He was named the NBA Rookie of the Month three consecutive times before his injury.

In 51 games this year, Ball was spectacular for the Hornets, averaging 15.7 points, 6 assists and 5.9 rebounds per game. He became the youngest player in NBA history to record a triple-double against the Atlanta Hawks in January.

Ball became the only rookie in the last 60 years to lead the entire NBA in total points, assists, rebounds and steals at the All-Star Game break.

Ball missed 21 games down the stretch due to a fractured wrist he suffered on March 20. In his return, Ball played 28 minutes en route to a 107-94 win against the Detroit Pistons.

The future is bright for the #Hornets. https://t.co/nyv4KKCgIY