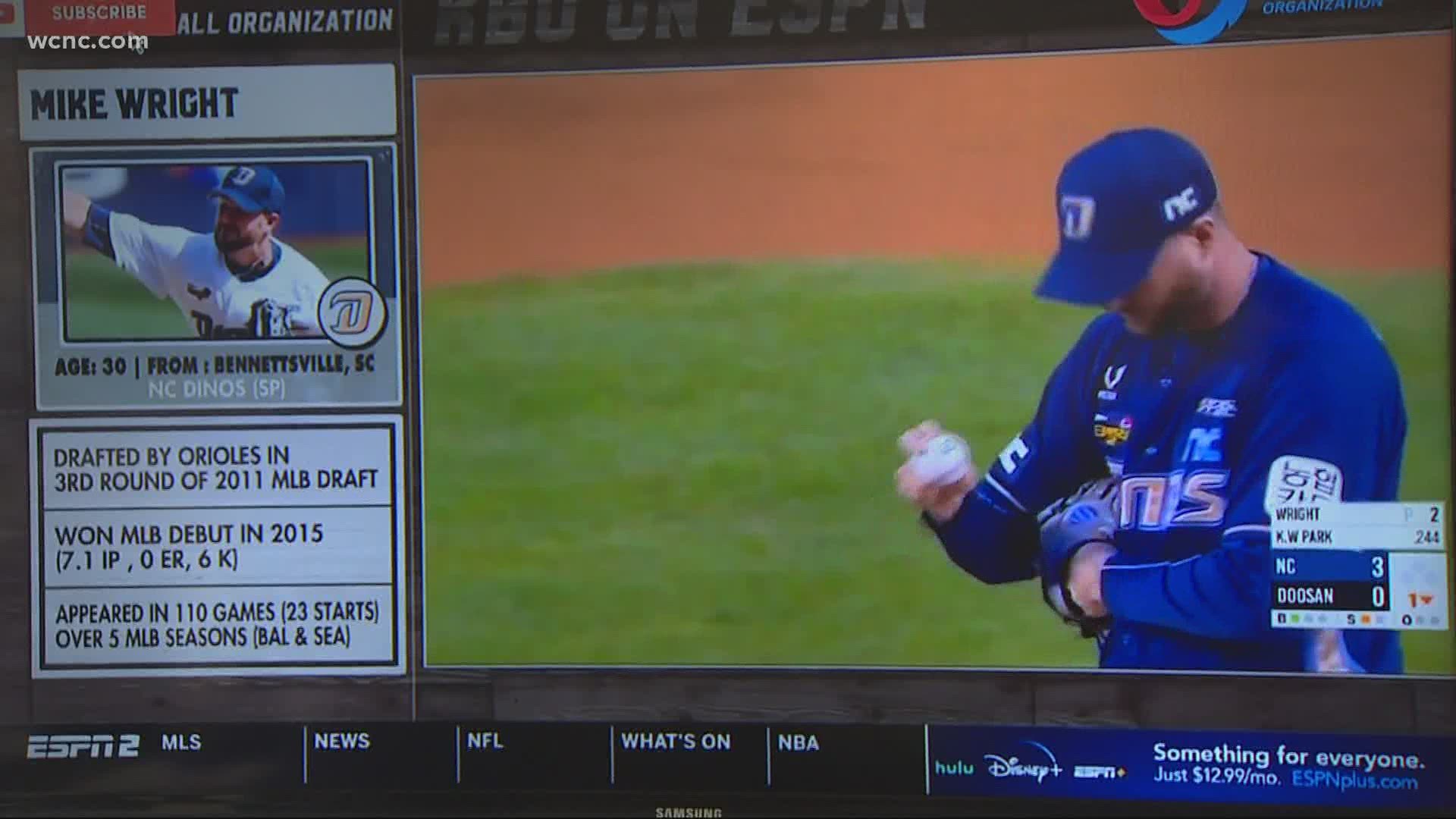 And the team running away with the league so far? The NC Dinos.

NC doesn't stand for North Carolina -- it is the name of a software company -- but many in our state have taken to calling the team their own.

And the team even put up North Carolina-related signage at home games.

Adding to the connection -- one of the NC Dinos top pitchers is North Carolina native Mike Wright.

"A took me a while to figure out what NC stood for," Wright told WCNC Charlotte, "but when they reached out I said this is awesome, we're from North Carolina. This is meant to be right?"

The 30-year-old is from Scotland County, and played at East Carolina before embarking on a professional career that landed him in the big leagues with the Seattle Mariners, and the Baltimore Orioles.

"The fact that ESPN picked up our games and my family gets to watch on TV," said Wright, "and just the hype that the NC Dinos have gotten from North Carolina in particular is pretty amazing."

Korea's league began play this month after about a two month delay. Low coronavirus numbers nationwide and lots of testing have allowed it to succeed.

Wright says there are constant temperature screenings and symptom checks for players.

"Other than that it's normal life, because of how well the country and KBO has done stopping the spread," he said.

Something he hopes happens stateside.

"I hope corona can decrease there and that we can get the game going that's still the game of baseball," said Wright. "And people can be excited to watch and play."

But until then -- go North Carolina Dinos.

"Man we're in South Korea and it says North Carolina on the billboard," said Wright, "that's crazy. A lot of my teammates are like North Carolina that's where you're from right? I'm like, yep."

Wright is scheduled to pitch again for the Dinos this weekend. You can watch him at 1 a.m., ET, Sunday morning on ESPN.

RELATED: It's not just coronavirus: how the weather could factor into the return of sports and fans