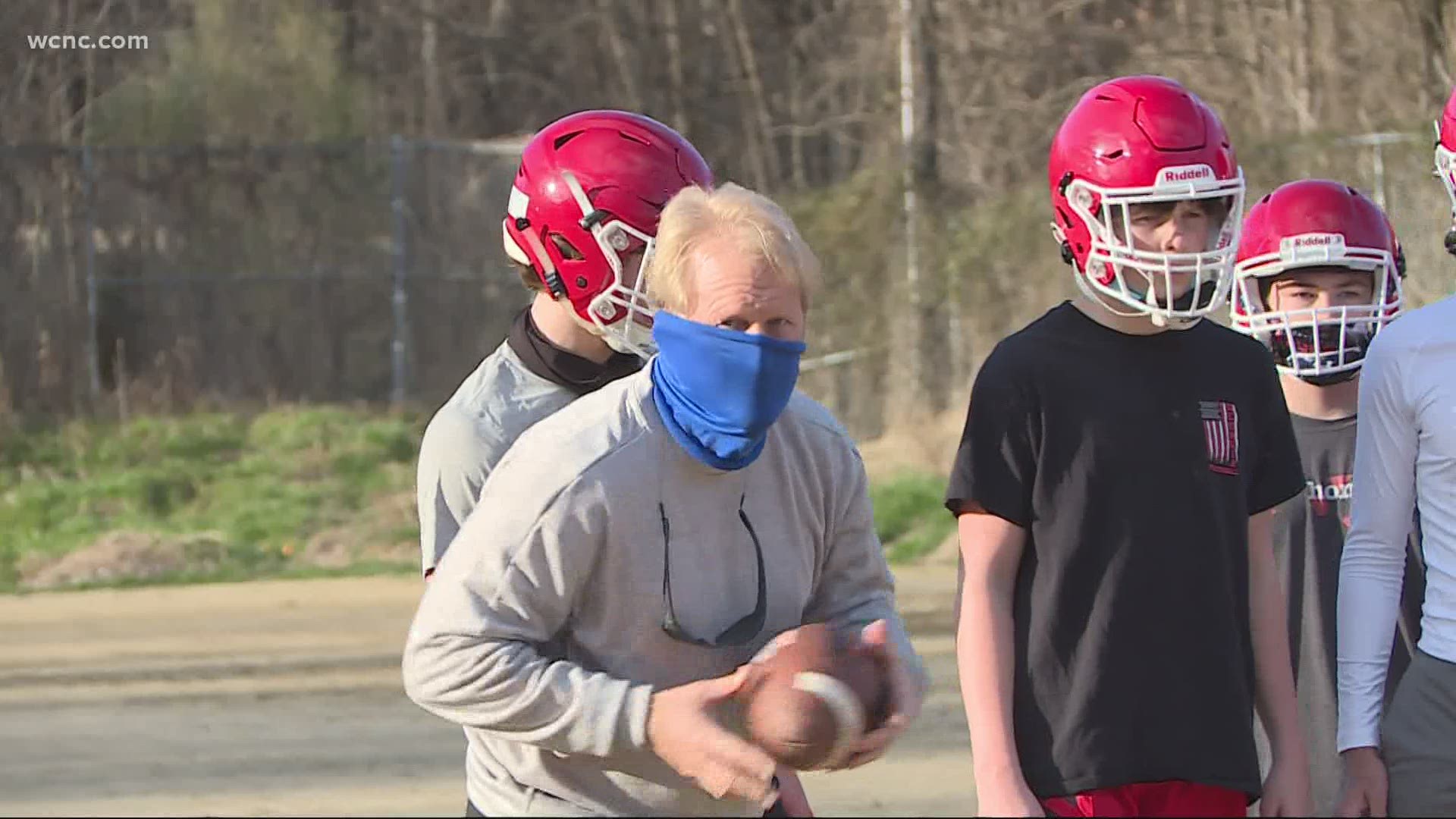 The moment finally arrived on Monday, when the Catholic Cougars football team took the field for team practice -- on February 8.

Brodowicz knows the weather won't stay this warm as games begin on Feb. 26 for a seven-game season, but is just happy his players get to play, after the fall season was postponed to spring.

"We're excited for the kids to get back out here," he said, "and just get some sense of normalcy."

Players wore masks to get to practice, and coaches wore them throughout the session.

I’m here with @Catholic_FB looking for a four-peat no matter what time of year.

More at 6 on @wcnc pic.twitter.com/EUMgYzrCnM

"It feels great," said senior running back Paul Neel. "It's the most excited I've ever been for a practice."

Catholic is hoping to win its fourth-straight 3A state title when the season finishes on May 8 with championship games.

Players understand that staying safe is the key to a successful and complete season.

"We've got to be careful," Neel said. "Just to get through the season and play all of our games."