Arkansas State head coach Blake Anderson sat down with Hayden Balgavy as his wife Wendy continues her battle with cancer. 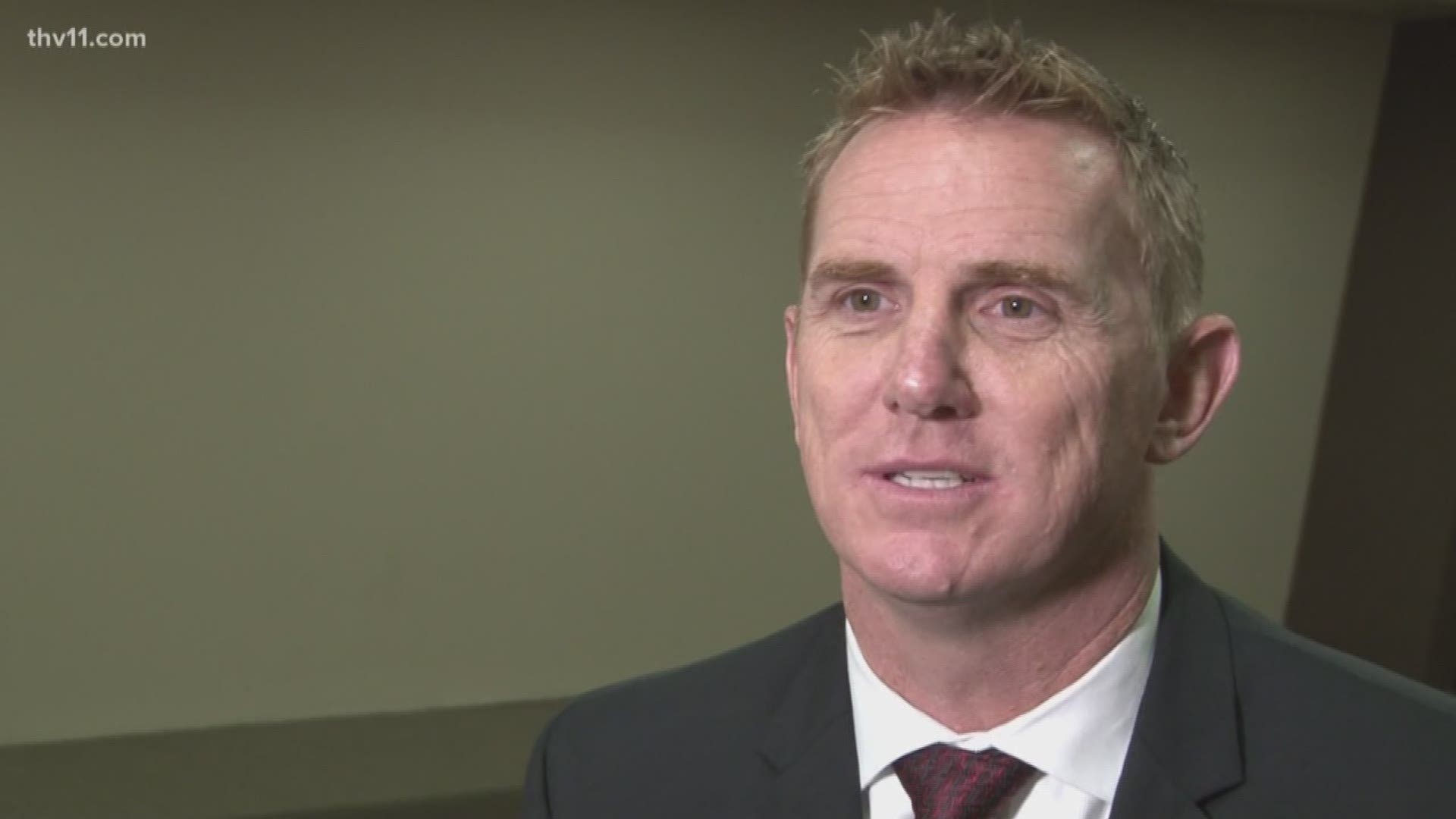 LITTLE ROCK, Ark — Arkansas State head coach Blake Anderson sat down with Hayden Balgavy ahead of the upcoming college football season to talk about his wife Wendy Anderson and her continued battle with cancer.

Last fall, Wendy was diagnosed with stage 4 triple negative breast cancer. Her battle with the disease has inspired not just Jonesboro but the entire state.

In June, Coach Anderson announced on Twitter that Wendy's cancerous tumors were shrinking. When he spoke to us this week, without going into specifics, he said things unfortunately have taken a turn, but Wendy continues to fight.

"[We were] hoping that we would be sitting here telling everybody that she was completely well and that we had beat cancer and thanks for everything but it just hasn't been that kind of ride," Anderson said.

He said that Wendy's battle is in a spot where she needs "prayer more now than she ever has" and asked fans "don't stop praying."

He wants to find the right balance between helping Wendy in her fight while also focusing on making sure the Red Wolves continue to stay atop the Sun Belt Conference.

Recruiting never stops in college football, so when he's at home by her side he's making calls to bring student athletes to Arkansas State.

Coach Anderson has continued to lead the Red Wolves while thanking everyone for their thoughts and prayers.