NCAA Tournament preview: Zion Williamson makes Duke the favorite to win it all

Longshots, underdogs and powerhouses all begin their quest for a national championship when the NCAA Tournament tips off Thursday. 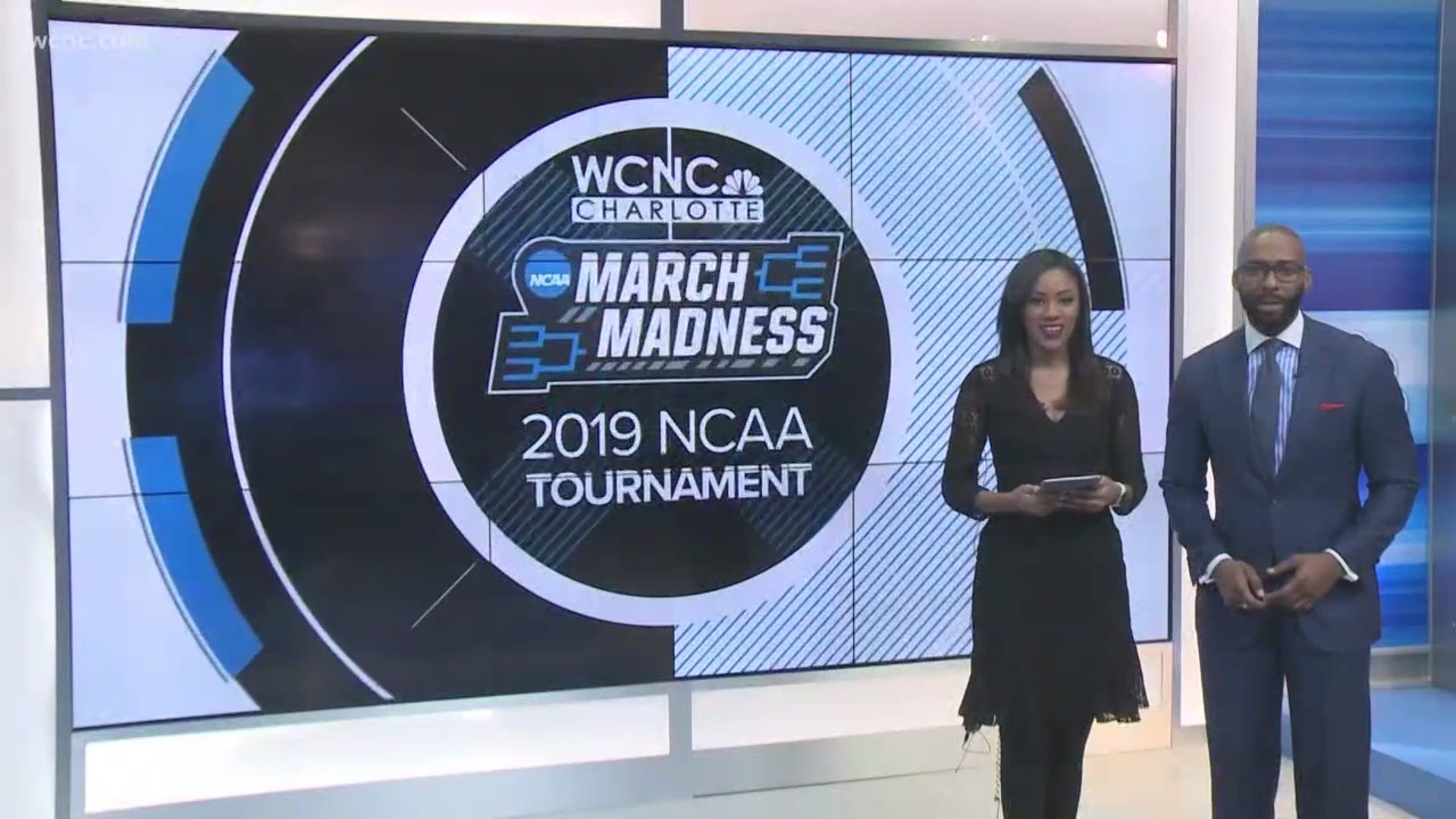 COLUMBIA, S.C. — Finally, the wait is over for college basketball fans. Longshots, underdogs and powerhouses all begin their quest for a national championship when the NCAA Tournament tips off Thursday.

One tournament site with plenty of eyes is Columbia, South Carolina, which is hosting the tournament for the first time in 49 years. And they're doing so in style with two No. 1 seeds with Virginia and top overall seed Duke.

The Blue Devils arrived in Columbia Wednesday fresh off their ACC Championship in Charlotte. The return of ACC Player of the Year Zion Williamson makes Duke the heavy favorite to cut down the nets with another national championship.

They'll hit the court with No. 16 seed North Dakota State Friday night and the team is embracing the pressure of being the favorites.

"Us freshmen came onto campus with one goal in mind," said Tre Jones. "That's to win. And we're halfway there."

Duke is the heaviest favorite to win the national title since Kentucky in 2014-15. The Wildcats entered that tournament undefeated before falling to Wisconsin in the Final Four.

"It's March Madness for a reason," said Duke forward Javin Delaurier. "You see teams that you never think would lose go down all the time and we don't want to be one of them."

You don't need to remind Virginia about the madness. Or the disappointment. The Cavaliers became the first No. 1 seed to ever lose to a 16 seed last year in Charlotte. They're hoping to rebound against another 16 seed, Gardner-Webb, who is making their first appearance in the big dance.

Bulldogs fans are aware that not only can a 16 seed win, they can do it against Virginia.

"This is a super big deal and we are totally ready for an upset against UVA again this year," said one Gardner-Webb fan.

Columbia officials said they expect upwards of 25,000 fans to visit the city for first and second round games.