Winthrop broadcasters have fun, food on their way to NCAA Tournament

Dave Friedman and Mike Pacheco documented their trip to Indianapolis. 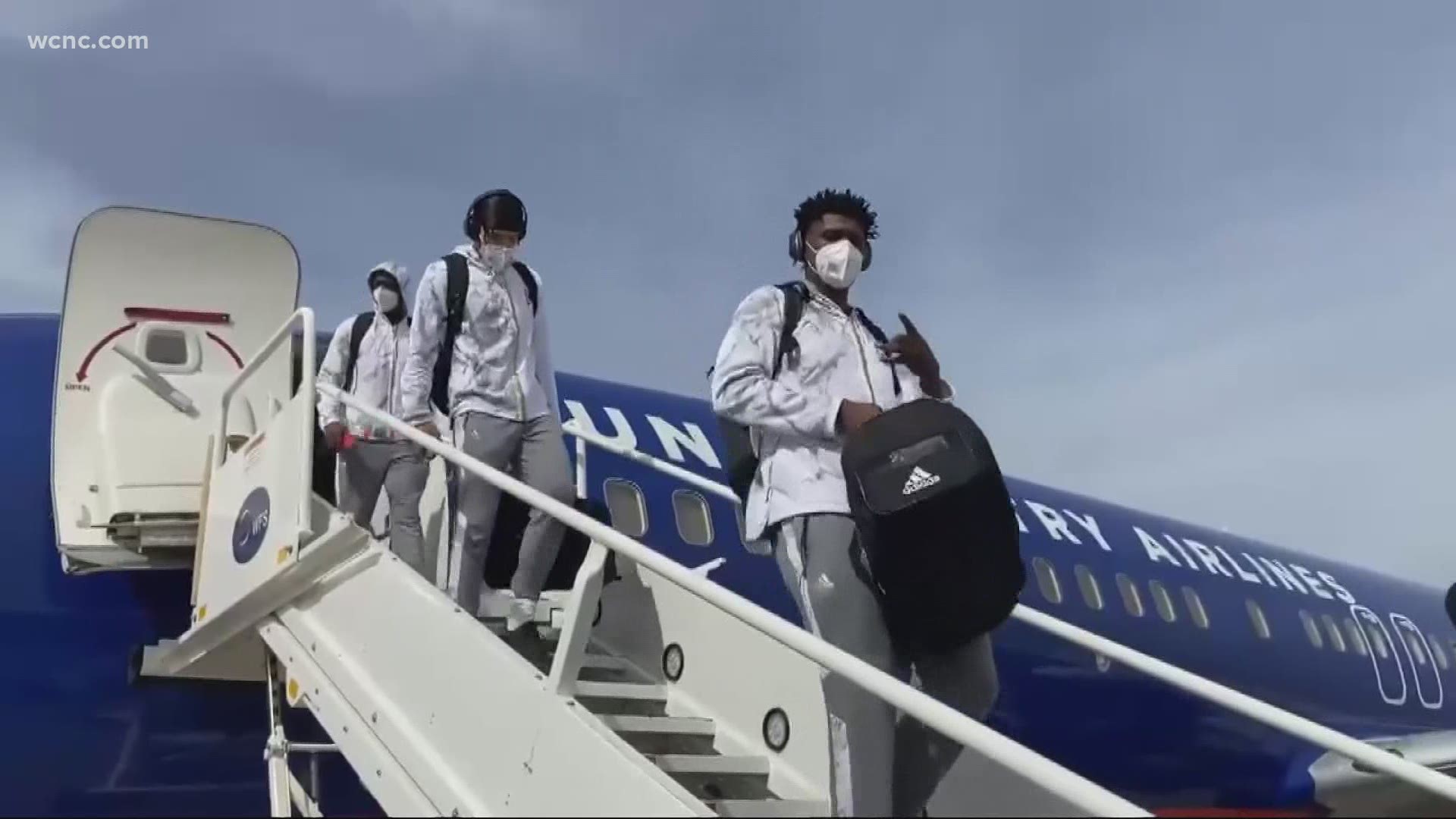 INDIANAPOLIS — Winthrop University broadcasters Dave Friedman and Mike Pacheco have been everywhere, and they've eaten everything along the way.

“We literally have been as far west as San Francisco and had dim sum in San Francisco," Pacheco said. "And then, just this week, when we were in Cincinnati [eating] Skyline Chili.”

While Winthrop flew to Indianapolis for the NCAA Tournament – Friedman and Pacheco drove. And just like broadcasting, they have different driving styles.

“Mike has a teenage son and wants to be a good role model, and I believe in getting places as quickly as possible," Friedman said.

The @Winthrop_MBB radio team has started their road trip to Indy for the NCAA Tournament & will be making some stops along the way!

While they might go at different speeds – both Friedman and Pacheco are happy just to stop and smell the roses -- and sometimes the chickens -- along the way.

“Then, we went to Corbin, Kentucky, where the original KFC was founded," Friedman said. "And we kind of learned the whole story of Harlan Sanders.”

The trips are partially history lessons.

First stop on the way to Indy, the original @kfc in Corbin, KY. No tacos, but can't complain. Video with @MikePacheco81 to come. pic.twitter.com/5J95rMzmZj

This time, they visited Cincinnati's Major League Stadium the Great American Ball Park, the famed Hickory Hoosiers gym (and even shot around a bit) and also Winthrop's coach Pat Kelsey's hometown to talk to his high school basketball coach and dad.

As for the game? They've got thought on that, too.

Winthrop will try and upset No. 5 Villanova Friday night in the first round.

“I think it’s their depth," Pacheco said. "Winthrop just sends wave after wave after wave. Winthrop’s depth late could be a big factor in this game.”

“I think Winthrop is incredibly versatile," Friedman said. "Of course, they’re playing against a guy that has won two national titles, so nothing is gonna come easy.”