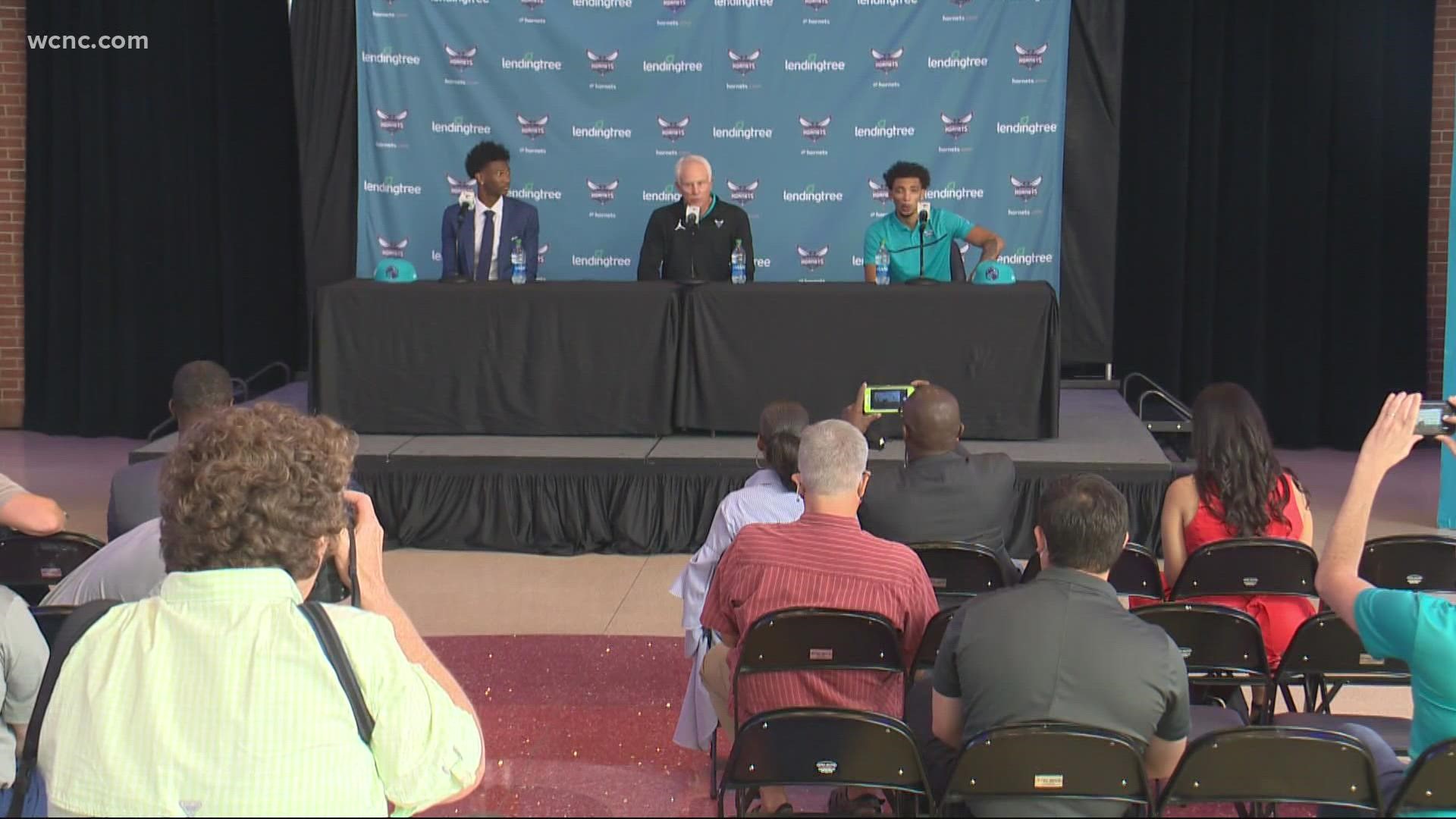 CHARLOTTE, N.C. — These kids are confident.

The morning after being selected in the first round of the NBA Draft, Charlotte Hornets selections James Bouknight and Kai Jones arrived in their new city.

"We're going to be one of the most exciting young teams in the league," Bouknight said. "And I say that confidently."

Jones wasn't shy about pumping up Hornets fans either.

"This team is on the rise, they've got lots of good young players that can pass the ball, like LaMelo," he said. "They like to run, and I like to run too. And I know James likes to run."

Charlotte was surprised that Bouknight, a guard from Connecticut, was available with the No. 11 pick. GM Mitch Kupchak indicated there were tempting offers to trade the pick, but they liked Bouknight.

Later, the Hornets traded back in to the first round, sending a future first-round pick to the Knicks for the rights to Jones at No. 19.

The pair's athletic style of play should mesh with the Hornets, who before major injuries to key players LaMelo Ball and Gordon Hayward, were in fourth place in the Eastern Conference.

Charlotte eventually faded in to the NBA's new play-in game, where it was beat soundly by Indiana.

But Bouknight and Jones think they can provide the help to put the Hornets over the top in the playoffs.

Jones doubled down too.

"It's going to be showtime," he said.