The Cam Chronicles will be released in June 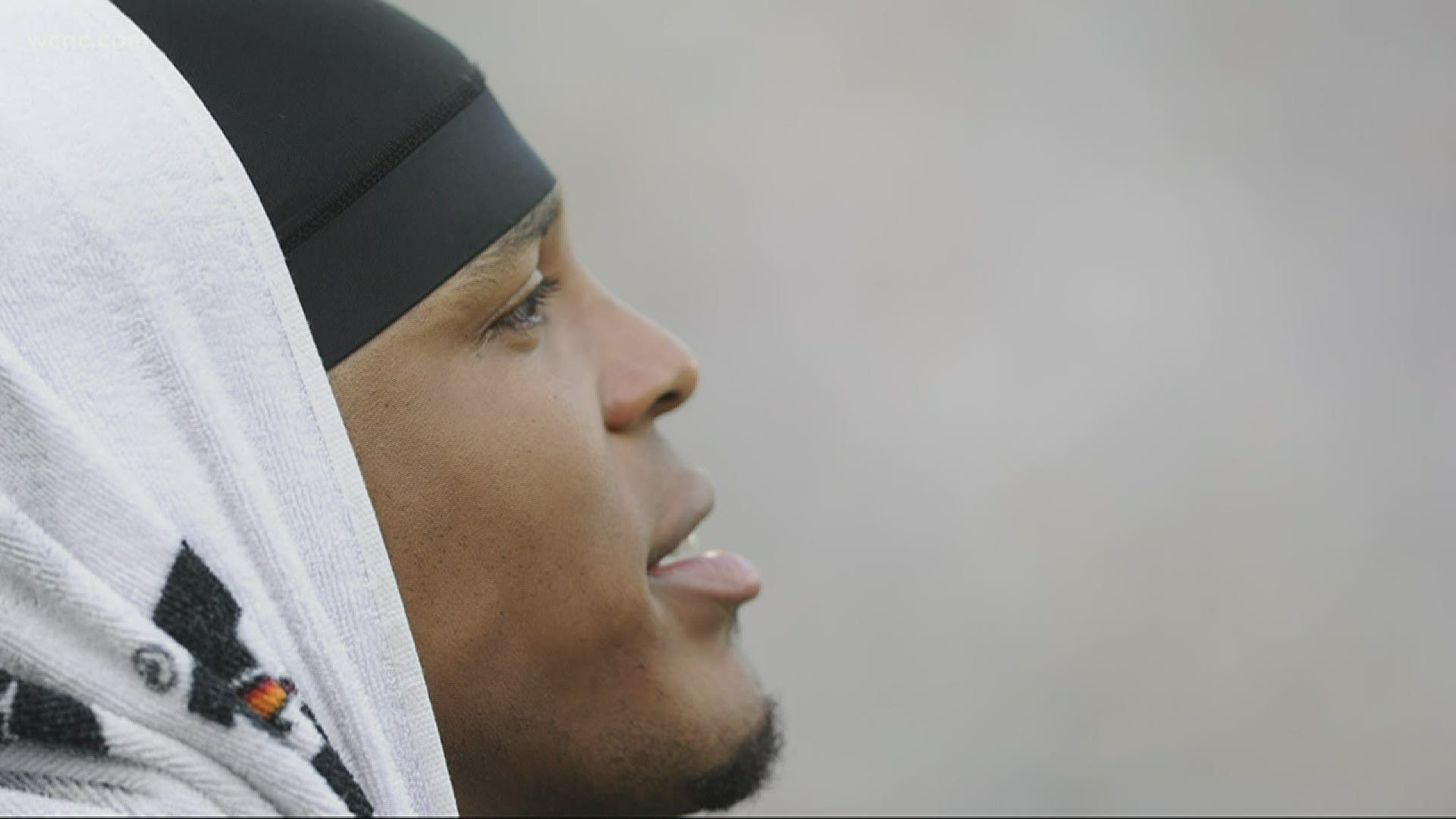 CHARLOTTE, N.C. — Cam Newton is no longer on the Panthers roster -- but his impact on the franchise and the community will be felt forever. And the rest of the sports world is about to find out a lot more about Newton once a new in-depth series is released soon. The name? The Cam Chronicles.

"The evolution of the quarterbacking position and the heralded nature of where black quarterbacks are right now," said The Ringer's Tyler Tynes, who is behind the project. "That doesn't happen if Cam Newton doesn't transform the Carolina Panthers with his own two hands and feet."

Tynes followed Cam Newton for nearly a year -- and spoke to those closest to him -- including Cam's father Cecil.

"If there's anyone who has been across the public record for the last decade that knows Cam Newton," Tynes said, "it is Cecil Newton."

The Cam Chronicles -- which will be a multi-platform series that includes podcasts and documentary elements -- will spend a lot of time with the Newton's Georgia, but also branch out to other chapters of Cam's journey.

That includes his one year stay at Blinn Junior College in Texas.

"Giving so much information on what happened to him in junior college is going to be a major episode for us," said Tynes.

From Atlanta, to Florida, to Blinn, to Auburn -- Tynes explored all of the pivotal moments of Cam Newton's life

Within the last year...he was here in Charlotte for a major moment -- the long, slow departure of Cam from Carolina.

"Cam wanted to be in Carolina, he wanted to retire a Carolina Panther," Tynes said. "He was Mr. Carolina, he was the Black Panther. Especially in the black community in Charlotte and elsehwere they had a fracture period with him, they still loved Cam. Any wrong thing that happens with Cam the fans are siding with Cam before the organization. I think that speaks very largely to the type of person Cam Newton has shown as that he is across the years in Charlotte."

So what will people take away from the series?

The Ringer is finalizing production of The Cam Chronicles, with a target release date in early June.

RELATED: Panthers fans share some of their most memorable moments with Cam Newton

RELATED: With Cam on the move, are Panthers rebuilding?

RELATED: Maybe Cam had to go, but not like this

RELATED: Panthers give Cam Newton permission to seek a trade