New to NASCAR? What to watch for on WCNC Charlotte this weekend 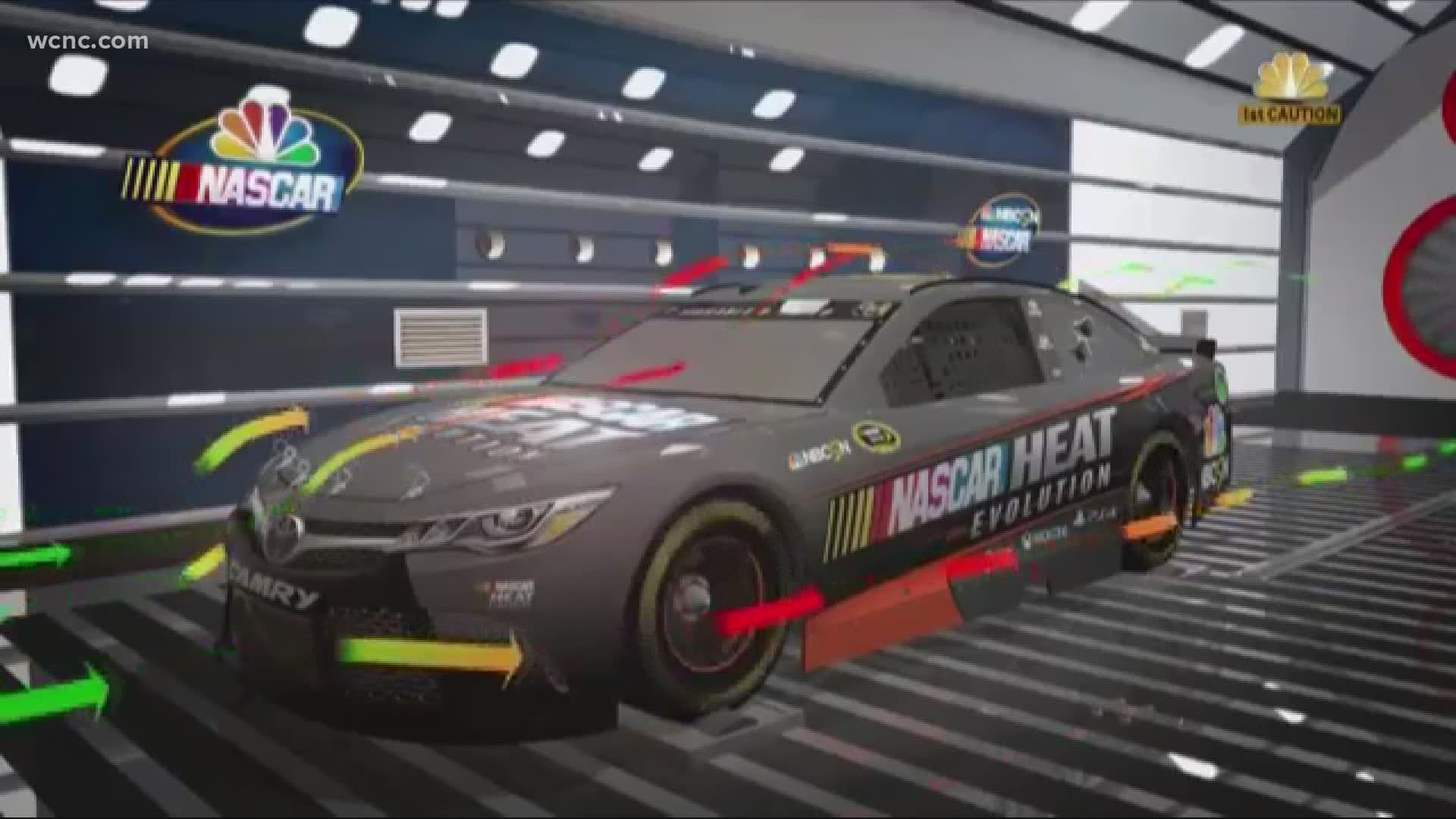 NASCAR returns to WCNC Charlotte this weekend with a spectacular holiday weekend of racing on NBC.

On Saturday IndyCar and NASCAR's XFinity Series will race back-to-back on the same track at Indianapolis Motor Speedway. Coverage begins at 12 p.m. ET.

New to NASCAR? We've got you covered with some basic questions about the sport as you tune in this weekend.

The XFinity Series is kind of like the minor league series. NASCAR has three "national" series. The top series with the big names like Jimmie Johnson and Kevin Harvick is called the Cup Series. After that comes XFinity Series and then the Trucks Series. But unlike baseball, big-name drivers like Kyle Busch and others sometimes race in all three series.

I know what a checkered flag is. What's a yellow flag?

A yellow flag comes out any time there is a hazard on the race track, normally debris after a wreck. The race slows, and drivers must line up behind the pace car. Drivers cannot advance position under yellow flag conditions. They can improve their position on pit road, but not on the track.

Are there breaks in the race?

Yes. While there isn't a halftime or quarters, races are now divided in to stages, normally three or four. The top 10 finishers earn points at the conclusion of a stage. Ten points for first, nine for second, etc. Stage winners also receive one “playoff point,” which is added to their championship points total at the end of the regular season. A race win earns a driver five playoff points. The more races and stages a driver wins, the more points they have toward the championship.

Do the drivers shift gears?

Yes. But not like you might in your own car. Drivers normally just jam the gear in as quickly as possible.

"When these guys shift, they don't have to use the clutch," NASCAR on NBC analyst Jeff Burton told WCNC Charlotte. "These transmissions are extremely expensive and extremely technologically advanced. The only time you use the clutch is when you're leaving pit road."

Why do the announcers keep referring to cars as 'loose' or 'tight'?

A loose race car wants to spin around, meaning the back end rotates faster than the front. A tight car is the opposite. The nose wants to go straight. Drivers call this “pushing” tight. Pit crews can adjust tire air pressures and suspension settings during the race to improve a car’s handling for the driver.

What is clean air and dirty air?

Why does that matter?

"It's all about down force. Imagine going down the road with your hand out the window and you feel that force. If you flip your hand, and the air is blowing on it, it pushes your hand down. If you get behind the a tractor trailer, the air isn't pushing your hand down. There's not as much air pushing the car in to the racetrack. The more you push that car in to the race track, the faster it goes, the faster it goes, the more grip it makes, the better it drives. That's why clean air is a major advantage over dirty air."

How is position on pit road decided and why does that matter in the race?

Normally positioning is based on qualifying, but during COVID-19 there is no qualifying. Drivers just get in the cars and race. So currently pit position is decided by results from the previous week's race.

Pit road is narrow, and drivers are trying to get out of their pit stop as quickly as possible back on to the track. If you are further back on pit road, it's easier to get blocked or impeded on your way out. If you have the first pit position, it's the closest to re-entering the track.