The win also breaks the Panthers' five-game losing streak against the Falcons. 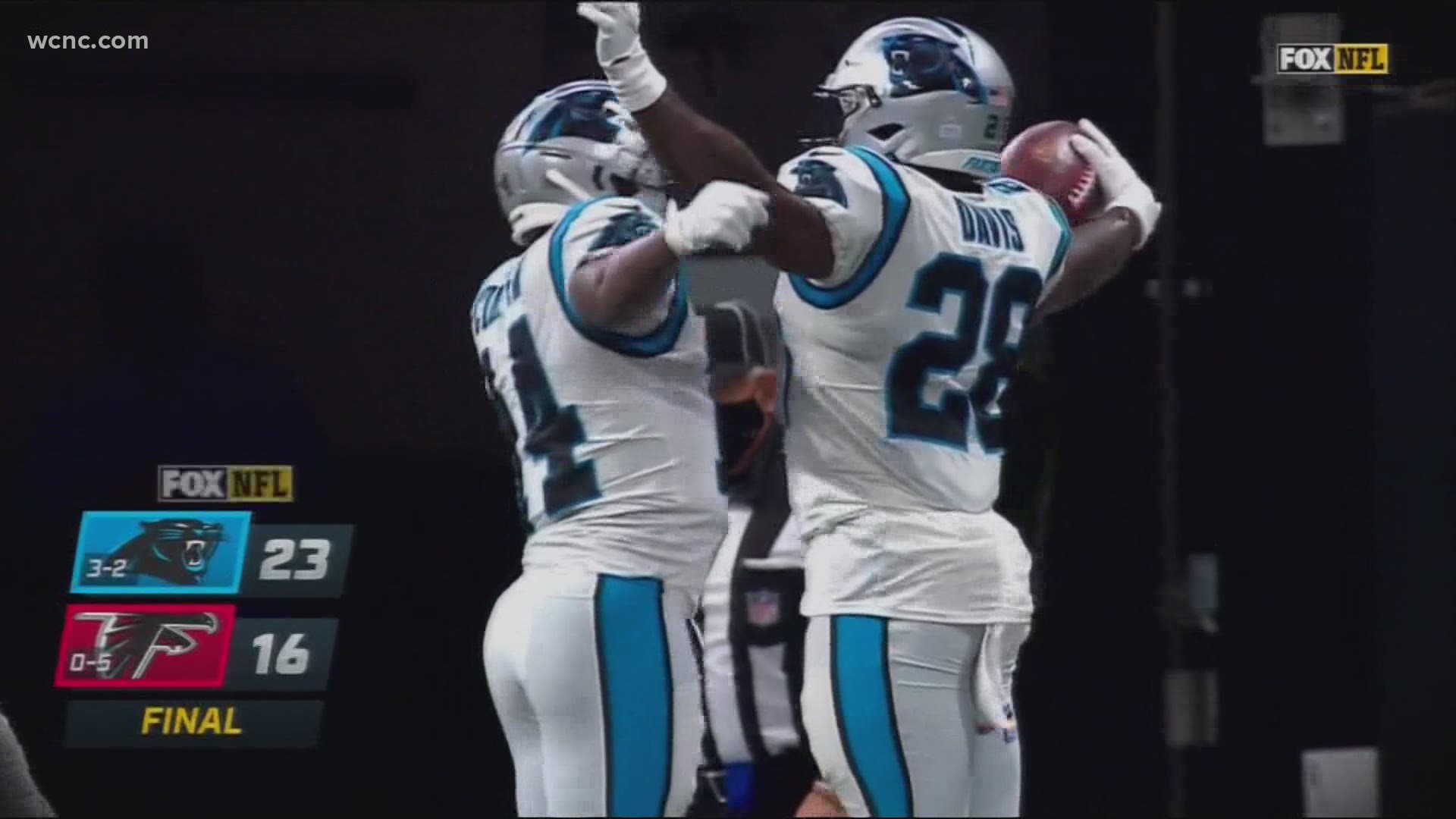 Winning a third straight game, the Panthers now have a winning record for the season at 3-2.

"Very proud of our team, it was a hard-fought, tough victory," Panthers Head Coach Matt Rhule said after the game.

Rhule said he's proud of how many guys stepped up during the game.

Teddy Bridgewater threw for 313 yards and two touchdowns, Juston Burris made a huge interception in the end zone and the Carolina Panthers held on for a 23-16 victory over winless Atlanta.

"It just shows that the noise on the outside doesn't matter, the only thing that matters is what we discuss in our locker room and our facility," Bridgewater said after the game. 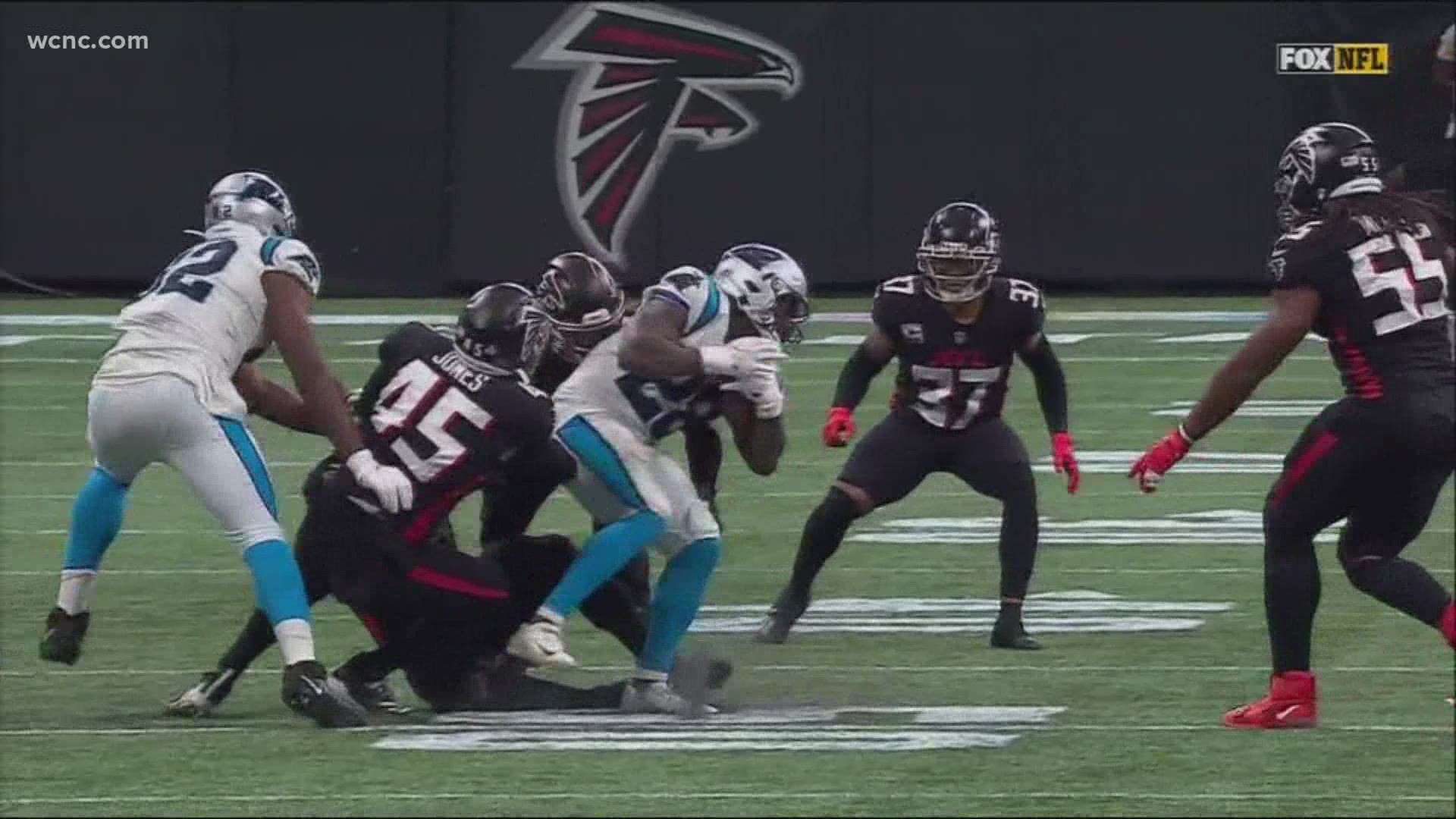 The Falcons dropped to 0-5 for the first time since 1997, turning up the heat even more on embattled coach Dan Quinn. Sunday night just before 10 p.m., the Falcons announced that General Manager Thomas Dimitroff and Head Coach Dan Quinn had been "relieved of their duties, effective immediately."

The Panthers built a 20-7 halftime lead behind Bridgewater’s touchdown passes to D.J. Moore and Mike Davis. Atlanta rallied, but Burris picked off a badly underthrown pass from Matt Ryan.

"I'm not just playing for myself I'm playing for the team," Davis said after the game. "And I know those guys out there, they're going to do their job."

During the game, the Panthers lost two starters on defense with end Brian Burns and cornerback Donte Jackson getting injured. Burns suffered a concussion late in the first half of Sunday’s game at Atlanta.

The team announced at halftime Burns would not return. Jackson was escorted to the locker room in the first quarter with a toe injury. He also was ruled out at halftime.

Paul Newberry of the Associated Press contributed to this report.