In a media roundtable in November, Panthers owner David Tepper said the property where a manufacturing plant currently sits could be a good fit for a new stadium. 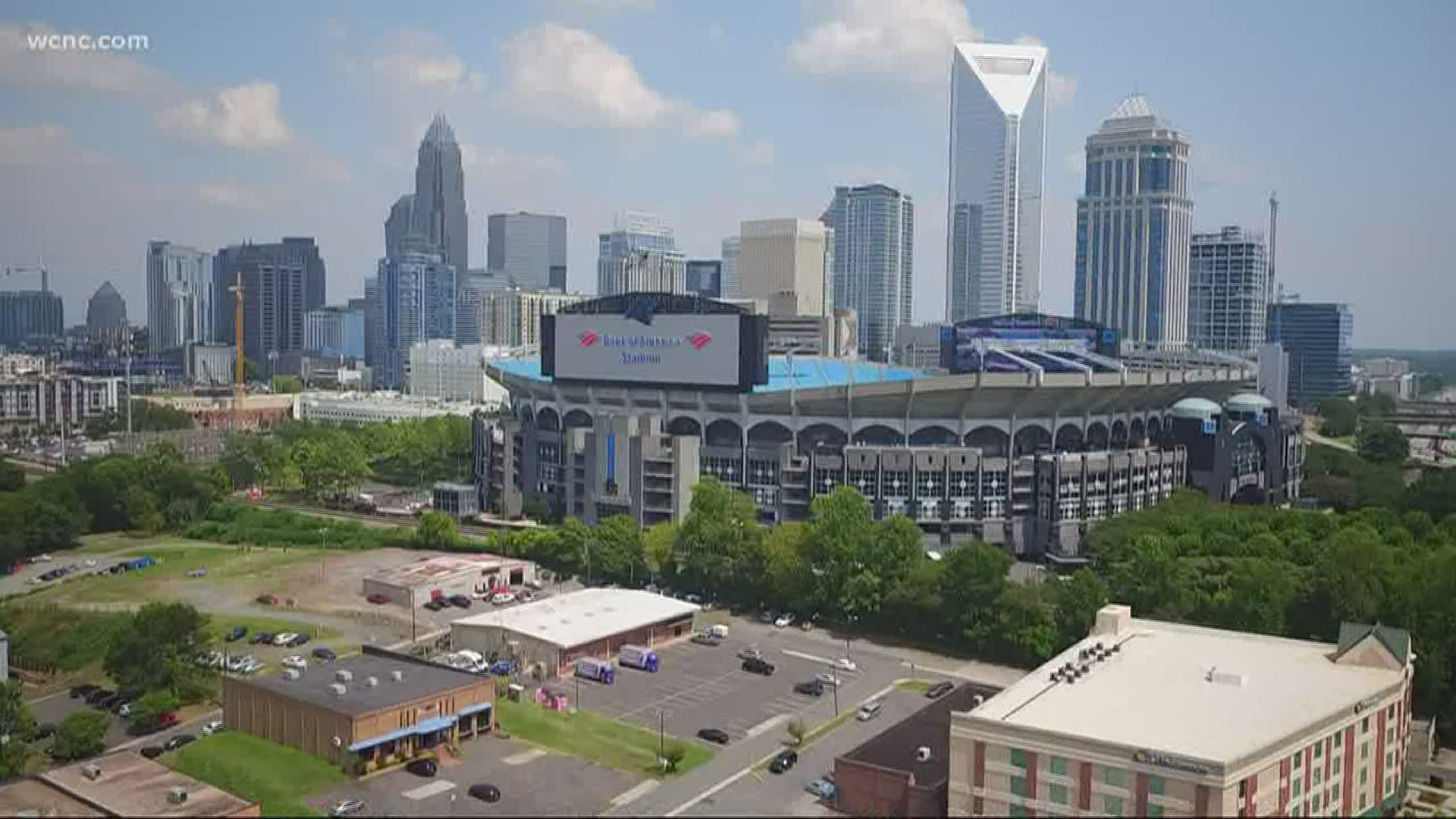 Charlotte Pipe and Foundry is located on the other side of Morehead Street from Bank of America Stadium.

In a media roundtable in November, Panthers owner David Tepper said the property where the manufacturing plant currently sits could be a good fit for a new stadium.

At this point, Charlotte Pipe and Foundry has not decided if it’ll accept the package and move to Stanly County, but if it does we already know the land has piqued the interest of Tepper.

Monday night the Stanly County Board of Commissioners approved the plan to grant tax break incentives to Charlotte Pipe.

In the 20-year agreement, Charlotte Pipe would pay the entirety of its taxes annually, and the county would issue 80% of that money back in a grant.

In return, Charlotte Pipe would invest at least $325 million into the community and create more than 400 jobs.

“The economic multiplier of this thing is huge,” Stanly Count Manager Andy Lucas said. “It is so significant. We’re cautiously optimistic.”

As it stands now the ball is in Charlotte Pipe’s court. A spokesperson for the company told me its board has not officially accepted the offers. CEO Roddey Dowd spoke in the public hearing portion of Monday night’s meeting.

“This is a great county,” Dowd said. “I live here, and I’m proud to call it home. I hope that Charlotte Pipe can call it home very soon.”

If Charlotte Pipe makes the move, a plot of land sizable enough to build a new stadium could go up for sale.

“This stadium is old,” Tepper previously said. “At some point, we’re going to have to do something major.”

Charlotte Pipe is well aware of the connections being made with a potential move to Stanly County and the publicly stated interest from Tepper.

At this point, there is no timeline for a decision from Charlotte Pipe and Foundry. In the meantime, Stanly County and Oakboro leaders sit patiently and wait.