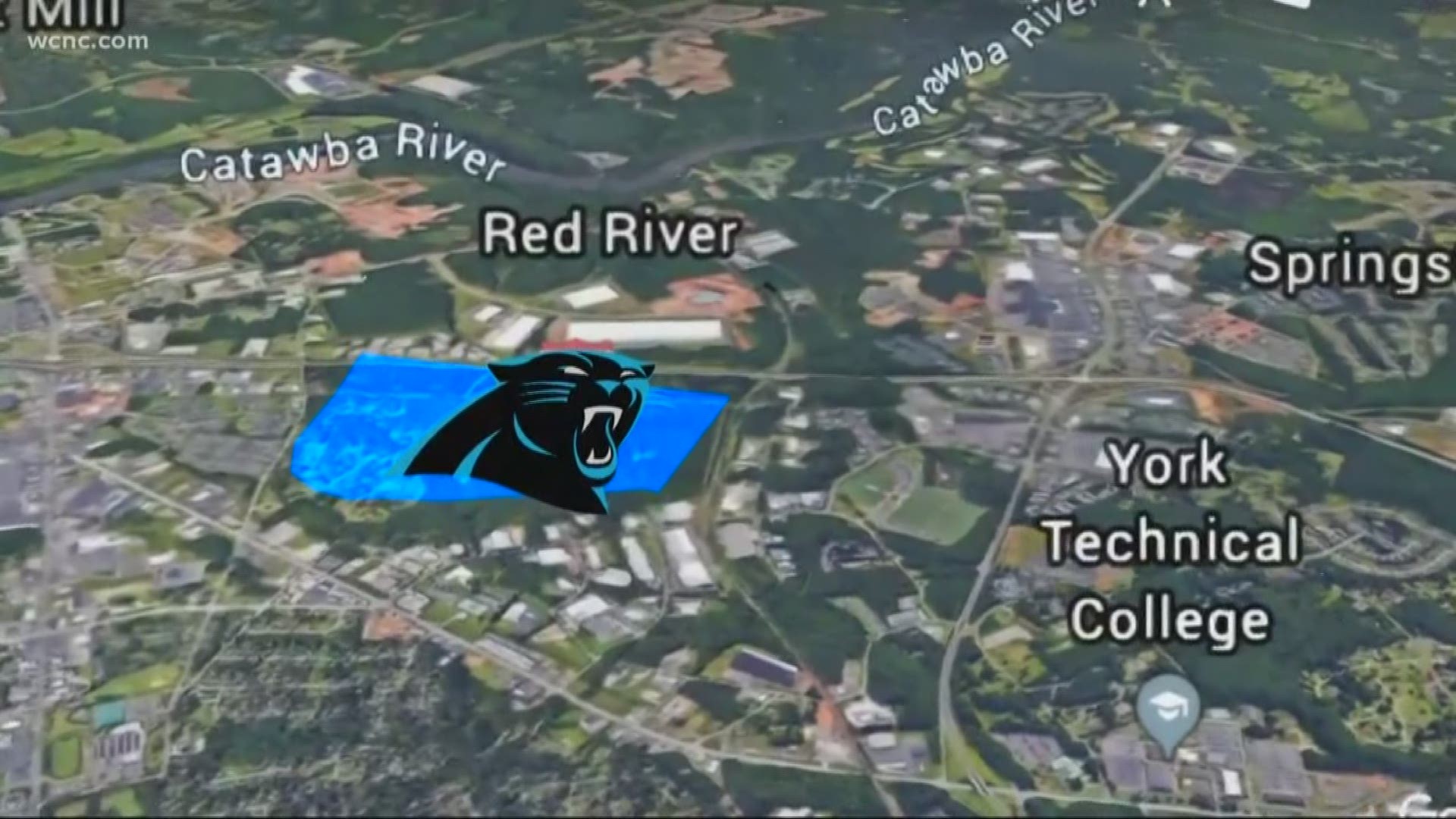 The property is located south of the Cherry Road exit off I-77. McMaster reiterated the project would be so much more than a training camp.

"It will have a convention center, Atrium Health is going to be there, retail, all sort of things," McMaster said.

A new interchange would also be built for the complex.

"The Panthers are probably the best example of collaboration and cooperation with the stadium in Charlotte and practice facilities in York County," McMaster said.

McMaster said both states should also explore the benefits of extending mass transit between Charlotte and Rock Hill -- and maybe all the way to Charleston.

"Now is a good time for us to try a rail line, light rail, and demonstrate how well it works and I think it will spread," McMaster said.

Groundbreaking for the mega facility is expected in April of next year.