The new Carolina Panthers coach is not wrapped up in every win or loss during his first season. 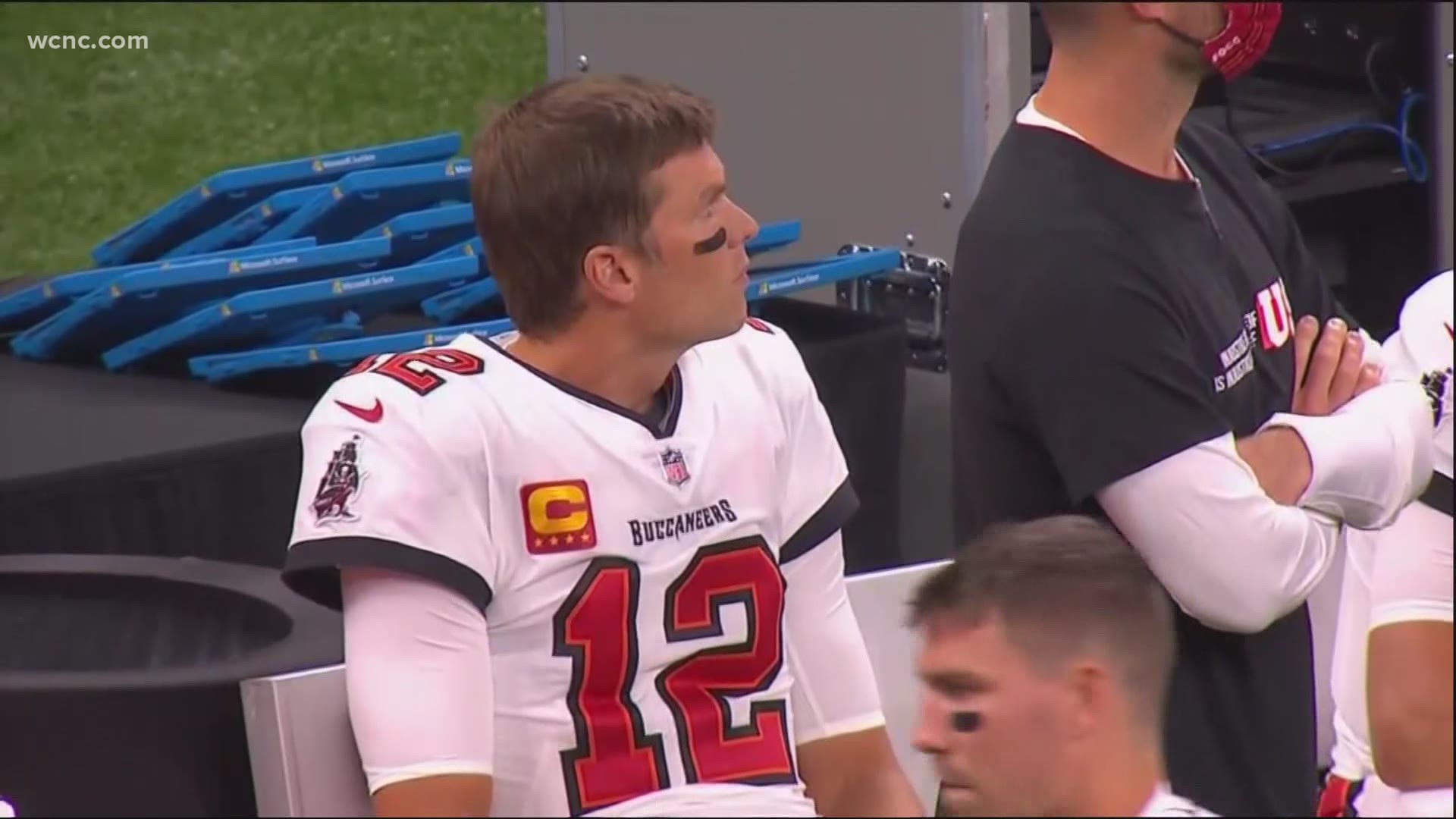 CHARLOTTE, N.C. — The Carolina Panthers were ready for their first game despite new faces at important positions -- and a very limited preseason with no exhibition games -- and the fact that they think they should've beaten the Raiders on Sunday is a good sign.

Now this team hits the road and travels to Tampa Bay -- where six-time super bowl champion quarterback Tom Brady awaits them after losing his first game on his new team.

Brady did not have his best game -- throwing two interceptions and taking three sacks in the loss.

But Panthers head coach Matt Rhule isn't going to be the guy to write him off.

"Tom Brady is an iconic quarterback," said Rhule. "Just a great player. Everything football-wise will be a challenge for us. You're not going to be able to fool him."

That's what Rhule was brought here to do on a seven-year contract. So while he wants to win every game -- he was quick to remind everyone about the bigger picture.

"What happens in my opinion is when you get caught up in one win and one loss, you're always going (up and down)," said Rhule. "When your purpose is so much greater, like, 'hey we are going to be great at everything we do' the biproduct is you're naturally going to win games. If the Carolinas ever want a consistent winner year in and year out challenges to win championships, then we have to raise the stakes."