Panthers' Curtis Samuel is staying home with his mom. He accidentally jammed her finger playing catch in the backyard.

"He threw the ball so hard he jammed by finger," Nicole Samuel said. The Panthers WR and his mother share their thoughts and memories ahead of Mother's Day. 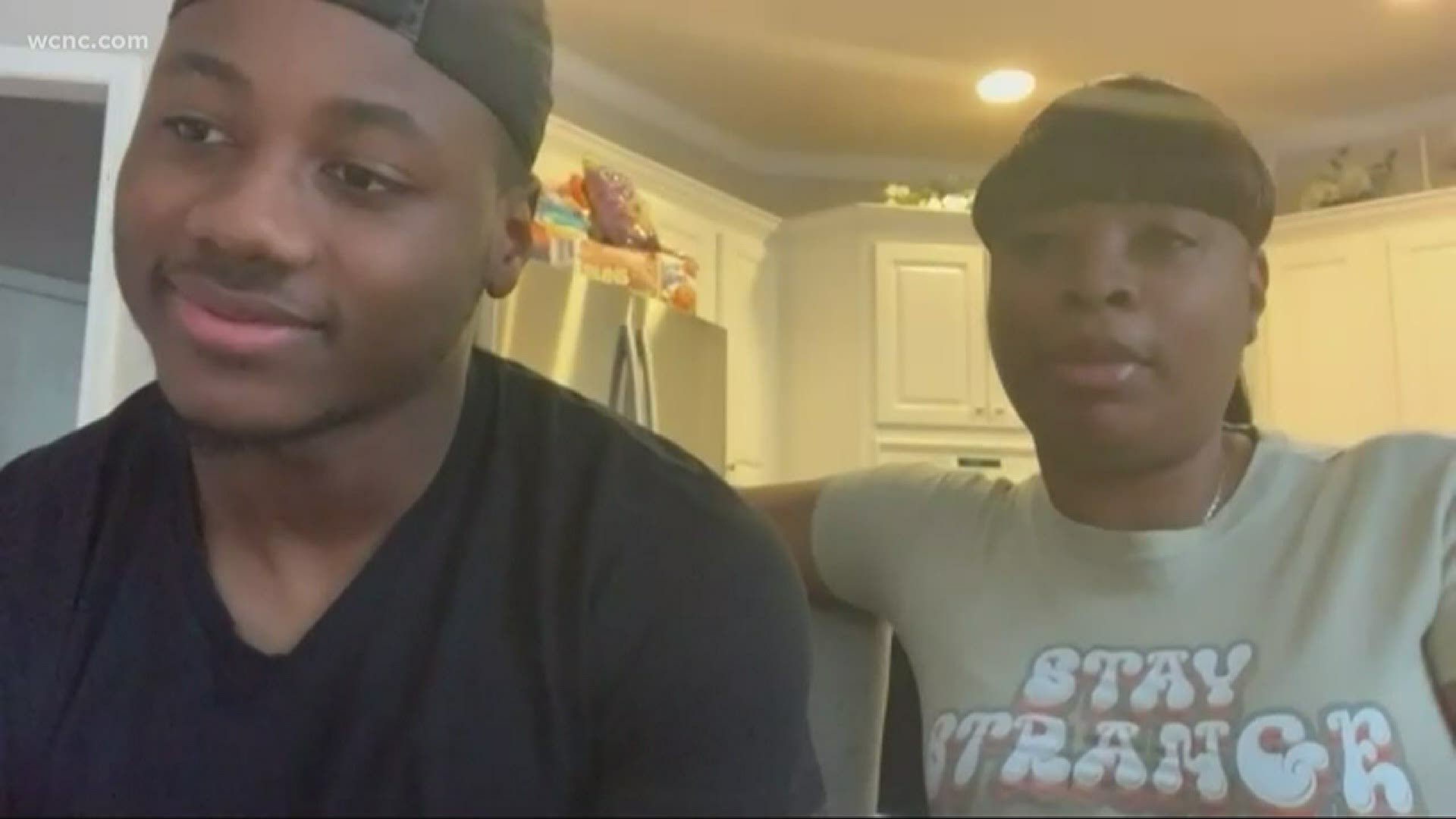 His mom dropped him off.

In the summer of 2017, Samuel was the Panthers second-round pick.

His mom, Nicole, drove him to training camp at Wofford College in Spartanburg.

"We were just dropping him off so we could use the car," Nicole recently told WCNC Charlotte sports reporter Ashley Stroehlein. "I'm like wow, this thing blew up."

Curtis joked that once he saw cameras were on campus, he tried to get Nicole to drop him off to the side and out of sight.

But it was too late.

"It was funny though," Curtis said. "It was a good laugh."

The Samuels live together in Charlotte, where they shared their Mother's Day thoughts with WCNC Charlotte.

"We love our mother so much," said Curtis. "We're so close to her. We're not just going to celebrate Mother's Day, it's every day. The things she does for us is incredible.  How I am, whatever my mother wants she gets.  She's worked so hard throughout her whole life before I got to this point, I feel like she deserves to get to relax, sit back and enjoy the rest of our lives.  Just let me take care of everything else."

Added Nicole: "That makes me want to cry. I have beautiful children. They love me and adore me. There's nothing in the world that they won't do for me."

The Samuels are following the North Carolina order to stay at home so they've been spending the time together playing board games and having dance parties together in the house.

Curtis did say he injured his mom throwing the football around in the backyard.

"He threw the ball so hard he jammed by finger," Nicole said.

They can laugh about it now that it's healed, but Nicole said her son sometimes forgets he's not throwing the ball to his teammates.  "I catch it every now and again," she said with a smile.