Brown was a standout defensive tackle for the Auburn Tigers in 2019, becoming the Panthers' newest player. 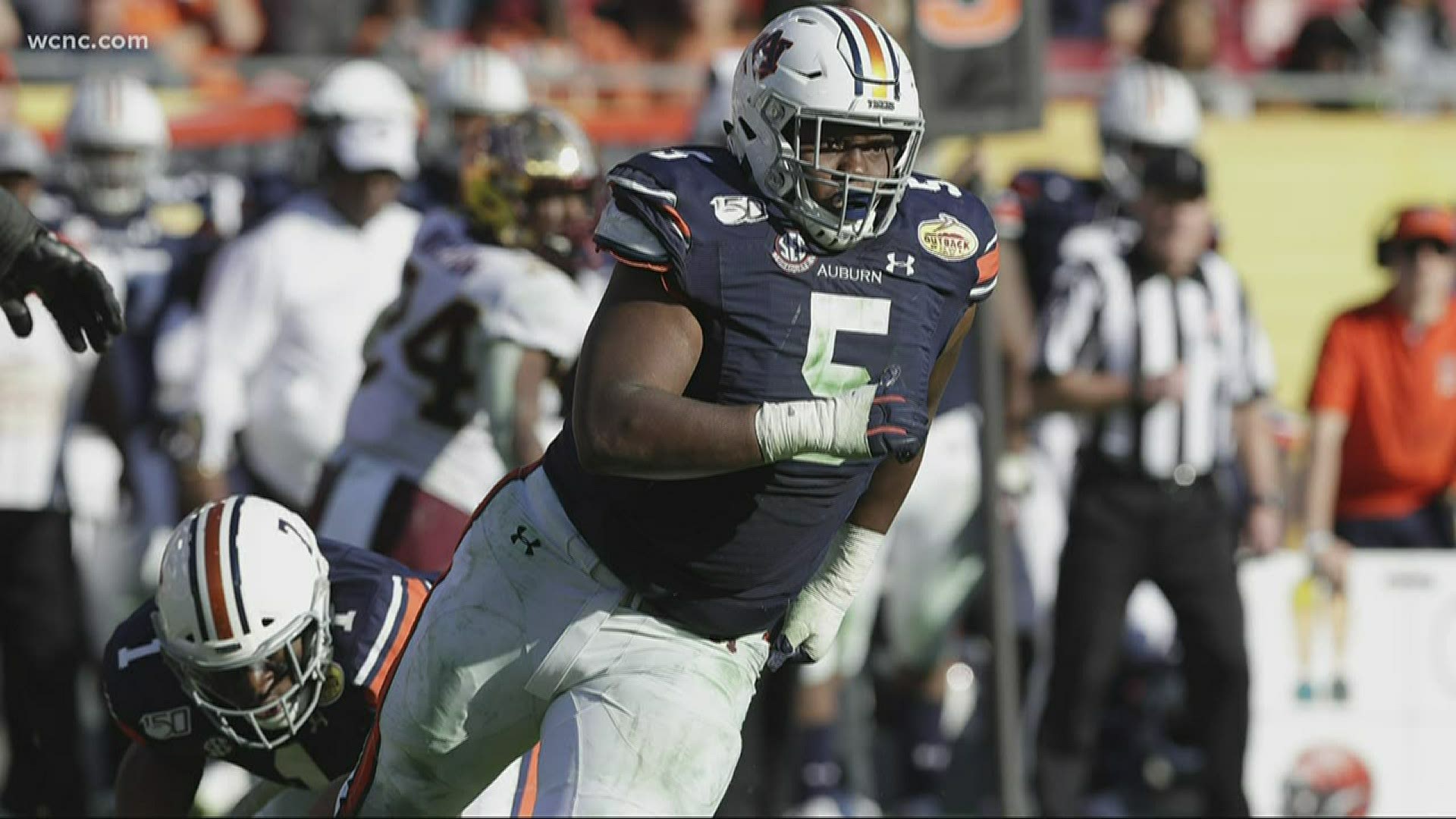 Brown was a standout for Auburn's defense last season and was long speculated to be a favorite for the Panthers on draft night. Brown was the 2019 SEC Defensive Player of the Year, racking up 12.5 tackles for loss and four sacks for the Tigers.

The Panthers are entering their first season with new head coach Matt Rhule following an offseason of change that saw the retirement of Luke Kuechly and a change at quarterback, with Cam Newton being released in favor of free agent Teddy Bridgewater. Long-time tight end Greg Olsen also parted ways with the team this offseason.

WCNC Charlotte's Nick Carboni predicted the Panthers would take Brown with their pick. Here's what he said about the selection before the draft.

"With Clemson LB Isaiah Simmons likely gone by the time the Panthers are on the clock, and South Carolina DT Javon Kinlaw possibly being a reach at No. 7, the Panthers “settle” for the disruptive Brown. He has tremendous size (6-5, 326 pounds) combined with rare speed and athleticism. He can be plugged in immediately to the Panthers interior defensive line next to KK Short, and swallow up opposing linemen, helping Shaq Thompson and a group of young linebackers. Brown was a leader at Auburn, and can help Matt Rhule set his new culture in Carolina."