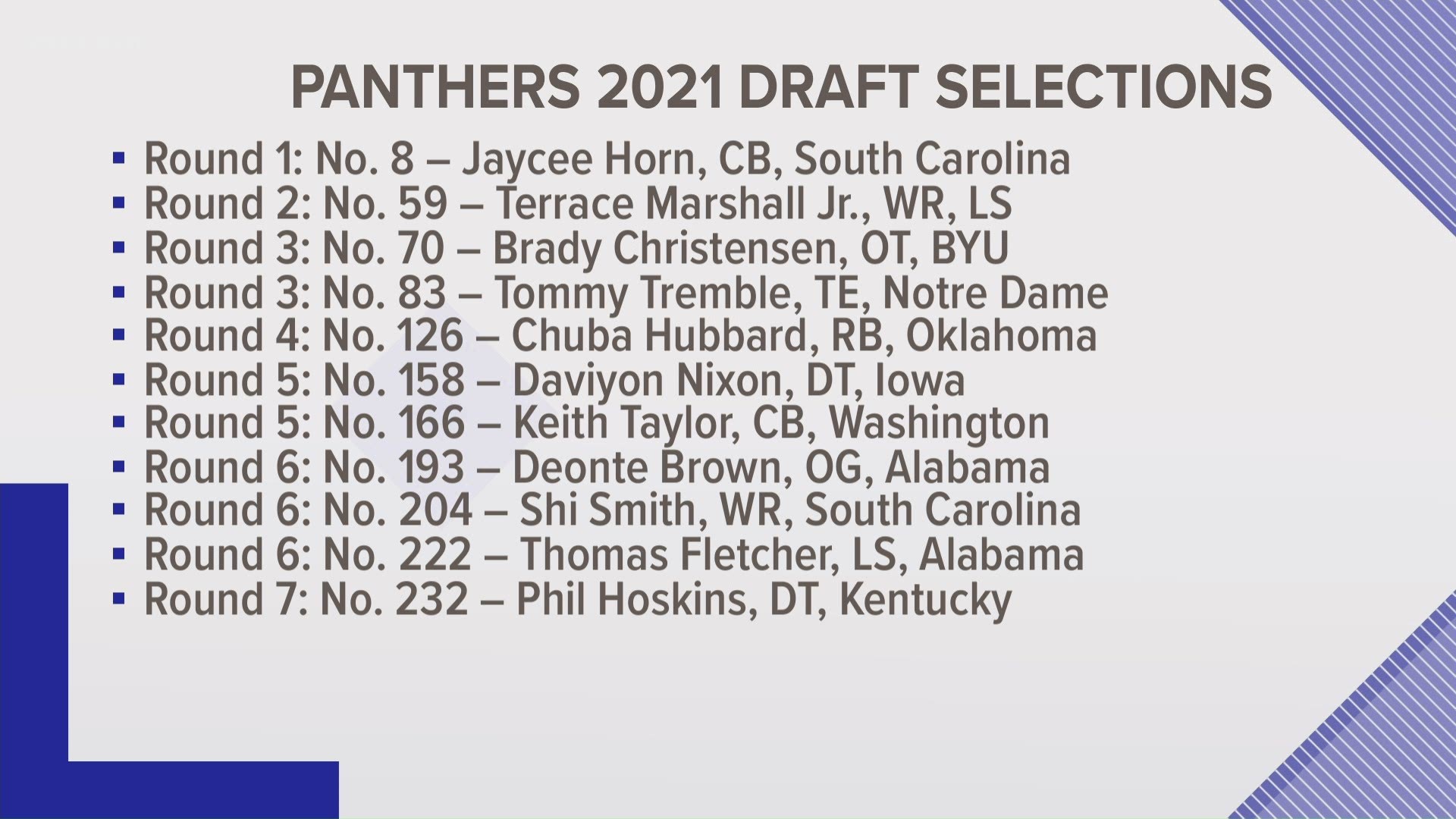 CHARLOTTE, N.C. — The Carolina Panthers made a franchise-high five trades over the weekend and drafted 11 players tying a franchise-high that was set in 1995 when they were an expansion team.

The Panthers kicked it off Thursday night by adding cornerback Jaycee Horn from South Carolina in the first round. The Panthers turned to their offense on day two of the NFL draft, selecting wide receiver Terrace Marshall from LSU in the second round.

Offensive tackle Brady Christensen from BYU and tight end Tommy Tremble from Notre Dame were selected in the third round.

Among the seven picks the Panthers made Saturday, four were guys they coached at the SeniorBowl.

In the fourth round, the Panthers selected running back Chuba Hubbard from Oklahoma State. In the fifth round, they picked up defensive tackle Daviyon Nixon from Iowa.

In the fifth round, the Panthers selected cornerback Keith Taylor Jr. of Washington. In the sixth round, they selected guard Deonte Brown from Alabama, wide receiver Shi Smith from South Carolina, and long snapper Thomas Fletcher from Alabama.

The Panthers ended their Saturday selections with defensive tackle Phil Hoskins from Kentucky in the seventh round.