The Panthers want to lower Bank of America Stadium's appraised value, which would allow the team to pay less in property taxes. 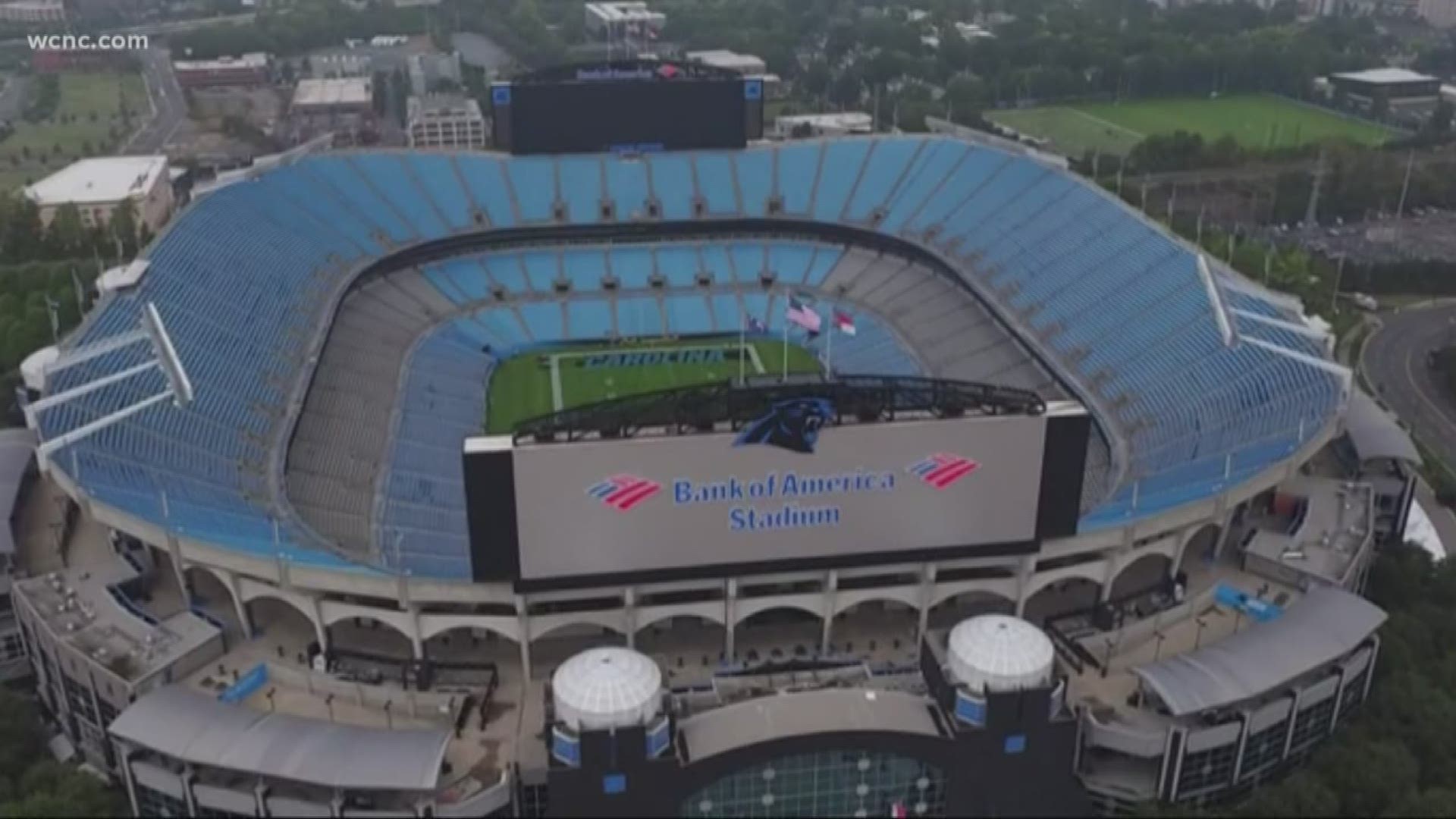 CHARLOTTE, N.C. — The Carolina Panthers and Mecklenburg County tax assessors spent nearly all of Friday battling over just how much Bank of America Stadium should be valued.

The discussion took place in front of the Mecklenburg County Board of Equalization and Review after the Panthers appealed the county's appraised value of the stadium.

A higher appraised value means the team will have to pay more property taxes.

The county ultimately valued the stadium at around $384 million, but the Panthers want to knock it down to around $87 million.

The board ultimately set a value of $215 million.

Last year, Mecklenburg County appraised the stadium to be worth $572 million, a significant increase from the $135 million it was valued at in 2011. The Panthers said they had three independent appraisals done on the stadium and believe the assessment should be $87 million. An informal review of the property assessment reduced the stadium's value down to $472 million.

Yvonne Broszus was hired by the Panthers to research and present to Mecklenburg County why the stadium should be $87 million, and she said a lot of his has to do with age combined with wear and tear on the 25-year-old stadium.

RELATED: 'It’s number one on all of our minds' | Mecklenburg County leaders address home revaluation worries

Broszus said the stadium has no warehousing and doesn't easily convert to non-football events. In December, Charlotte City Council committed $110 million for stadium renovations in preparation for the new Major League Soccer franchise. Broszus explained that other older NFL stadiums, such as Hard Rock Stadium in Miami, have undergone renovations or have been replaced by newer facilities.

"We just want the opportunity like other homeowners and taxpayers in the county to have a fair hearing, a fair assessment," Panthers COO Mark Hart said. "I think we got that today, but we've got a lot more work to do."

"I find the stadium to be very adequate for the purpose for which it is set," Joyner said.

The Panthers have the option of appealing the $215 million to the Property Tax Commission, and Hart said the team is evaluating its options.

RELATED: Changes underway to get the Queen City ready for a new MLS team

Earlier this month, the Panthers announced they would be removing about 900 lower level seats to make room for field-level suites in time for the 2020 season.