Scott Turner said Cam Newton's biggest priority will be getting his upper and lower body in "unison" to keep stress off his shoulder. 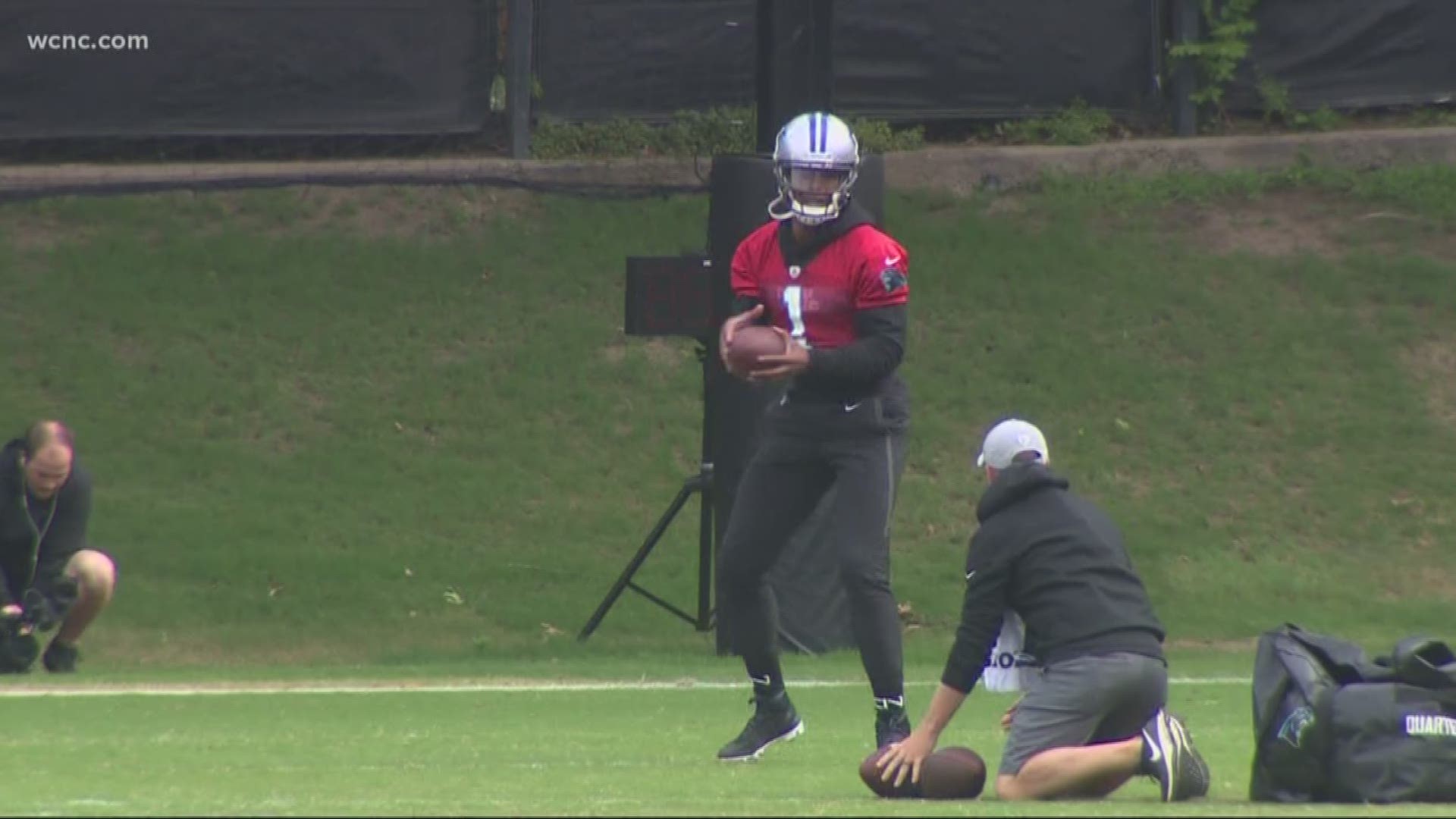 CHARLOTTE, N.C. — With the Carolina Panthers in day two of their three-day mandatory veteran minicamp Wednesday, all eyes are still fixed on Cam Newton.

Newton threw about 20 passes during Tuesday's session. Normally, the quarterback throwing at minicamp isn't much of a story, but it was the first time Newton had thrown publicly since shoulder surgery in January.

Panthers quarterbacks coach Scott Turner said Wednesday that Newton has been "fully committed" to changing his throwing motion and mechanics to put less stress on his arm.

"Making him a little more compact with his upper body. A little more 'closed off,' just so he's not as open throwing the ball," Turner said. "Just to make him as efficient as possible and putting the least amount of stress on his shoulder — as little as we can — just to take care of him."

Turner elaborated that the biggest thing Newton will need to focus on is properly using his lower body, particularly his hips.

"You want your lower body to be moving in the direction you're throwing," Turner said. "If it's moving in the opposite direction, you put more stress on the upper body and you correct it with your arm.

"Just having everything working in unison, that's where it starts."

Head coach Ron Rivera said the goal is for Newton to return to using the mechanics he displayed early in the 2018 season before developing shoulder soreness and struggling in the second half of the season.

"If you go back and look at some of the things that happened earlier in the year before the shoulder injury, you can see the improvement, you can see the footwork and the development," Rivera said. "When the shoulder started to go, everything just kind of fell to the wayside. Now he has an opportunity to go back, rework those things and do the things he needs to improve."