Anderson missed voluntary OTA's earlier this month. He enters 2021 on the last year of his contract with the Panthers. 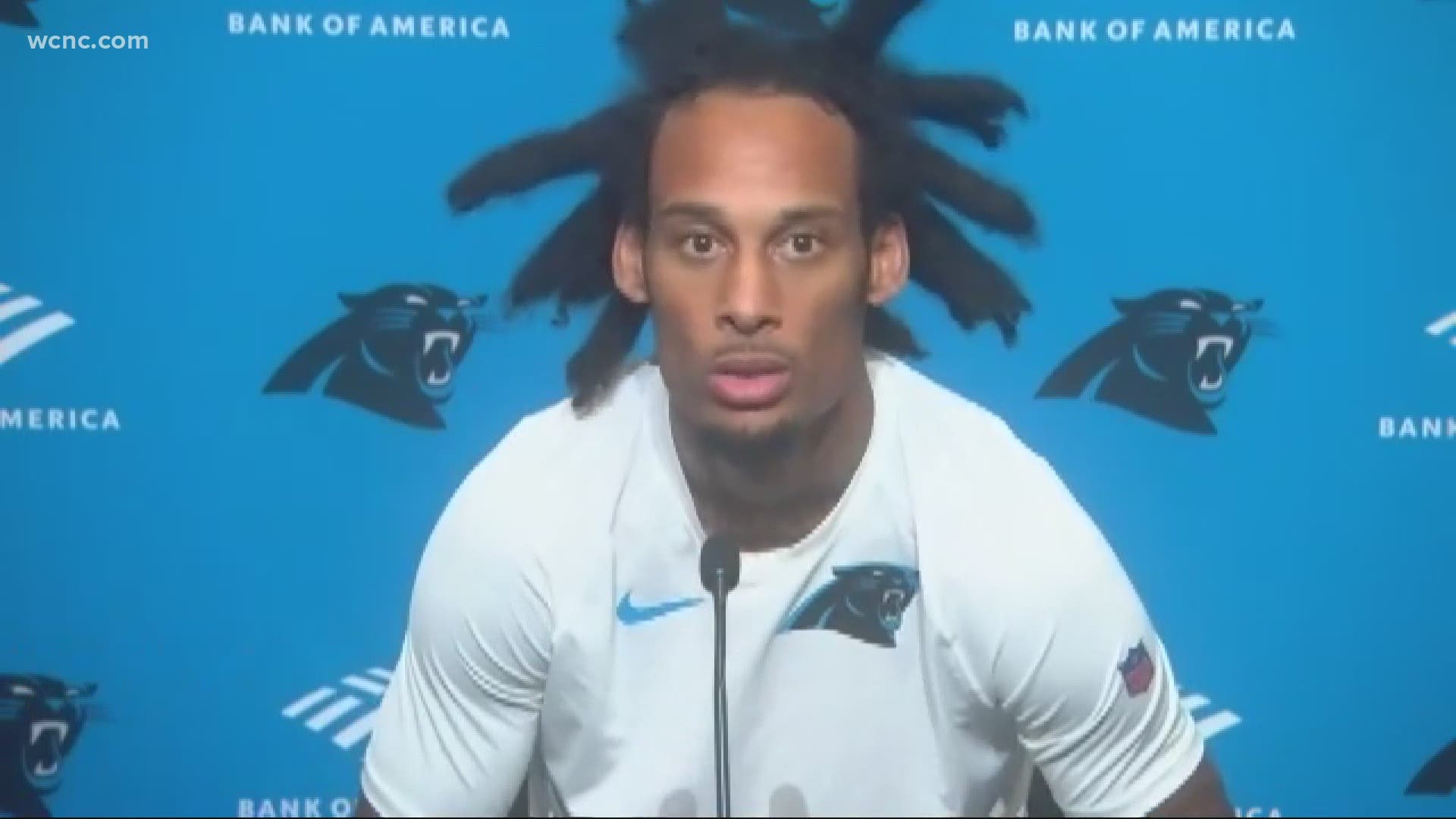 Anderson missed Organized Team Activities (OTA's) earlier this month. He was the only uninjured player who didn't report to OTAs. WCNC Charlotte's Nick Carboni reported that Anderson worked out on his own during the voluntary OTA's.

According to Spotrac, Anderson is entering the final year of his contract with the Panthers. He is set to make $12 million after earning $8 million in his first season with the team last year.

The 2020 season was Anderson's best in the NFL, as he racked up career-highs for receptions, targets and yards. He scored three touchdowns and topped 100 yards three times last year.

Anderson was seen waving to media members during Tuesday's practice.

Hello, Robby Anderson 👋#Panthers WR here at mandatory minicamp after working out on his own through voluntary OTA’s. pic.twitter.com/qoAVvXqoMt