The former New York Jets quarterback has arrived in Charlotte to play for the Panthers. 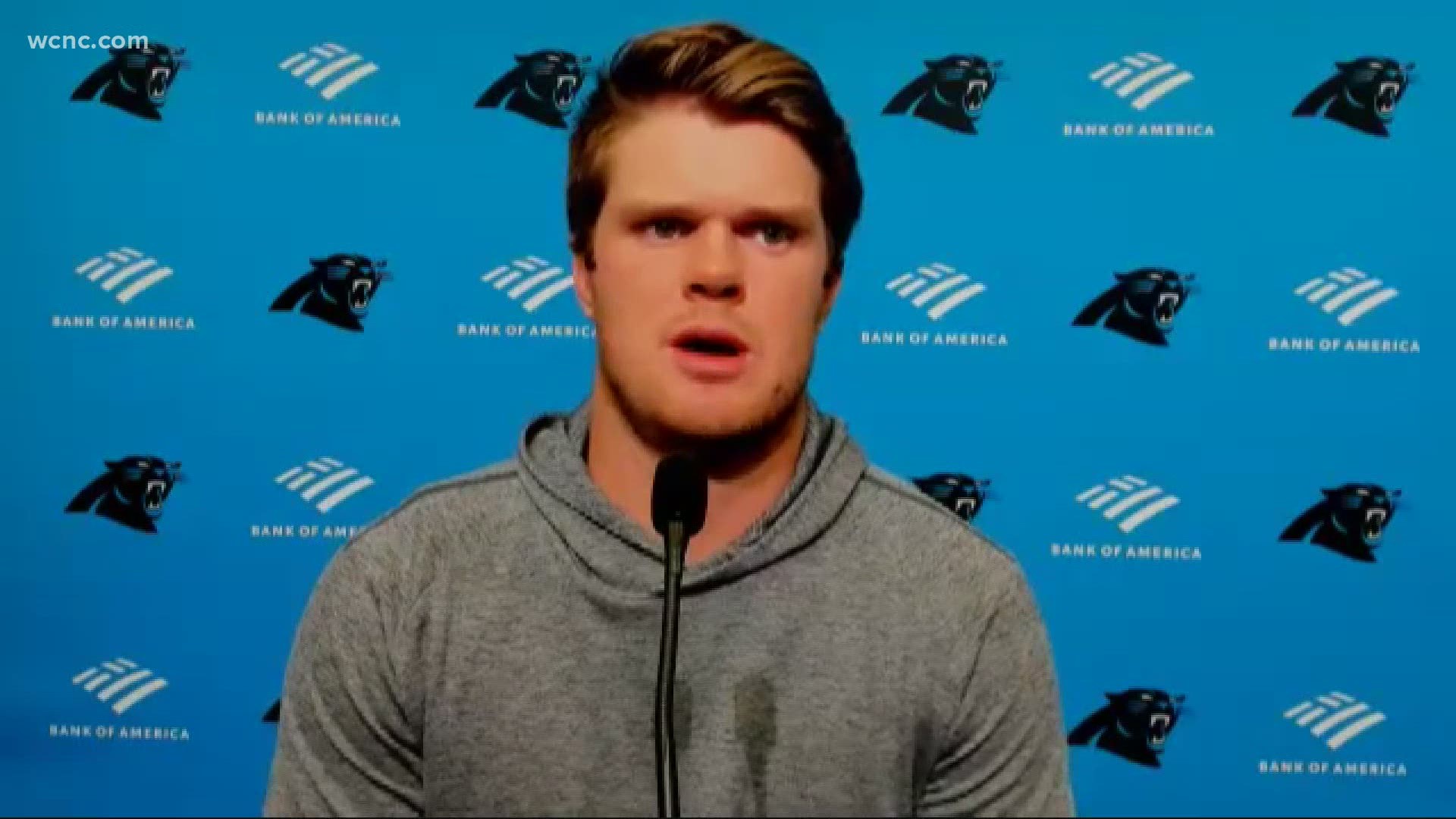 CHARLOTTE, N.C. — When Sam Darnold came to the New York Jets as the No. 3 overall pick in the 2018 draft, his goal was to spend the next 20 years in New York and win a lot of Super Bowls.

He said that made being traded to the Carolina Panthers after just three, non-playoff seasons all the more difficult to accept.

Darnold said when he heard the Jets were going to trade him, it was a “tough pill to swallow."

But he said he's embracing a “fresh start” with a team that truly wants him, as he arrived in Charlotte and spoke to the Carolina media for the first time on Monday.

"Now, coming in as a Carolina Panther, I'm very excited for this opportunity," Darnold said. "Just to come in with a fresh start. I'm just excited to get going."

Darnold will only be 24 years old when the 2021 season begins, but his first three years in the NFL were sub-par while playing for the dysfunctional Jets.

"I'm coming in with an open mind," Darnold said. "Just seeking a great opportunity to lead this football team and move the ball up and down the field and score touchdowns. That's what I'm most excited about, and I think I have a really good opportunity here to do that."

"When you see his arm talent, I don't think there's a game you watch where you don't say 'There it is,'" Rhule said.

New #Panthers QB Sam Darnold on his 3 years with #Jets: "Getting drafted as high as I did, my expectations were to play there 20 years and win Super Bowls. Obviously it didn't work out. But I'm thankful for the opportunity that organization gave me."@wcnc #NFL

After acquiring Darnold, Panthers General Manager Scott Fitterer hinted at a possible move for 2020 starting QB Teddy Bridgewater, and the team has reportedly given him permission to seek a trade.

But what about the NFL Draft? Could the Panthers still select a QB with the No. 8 pick?

"At the eighth position, we'll be flexible," Rhule said. "We'll look to take the best player available. We'll continue to look at quarterbacks."