In a Twitter video released Wednesday night, the veteran linebacker thanked the organization and his teammates for making the last 14 years in Charlotte memorable. 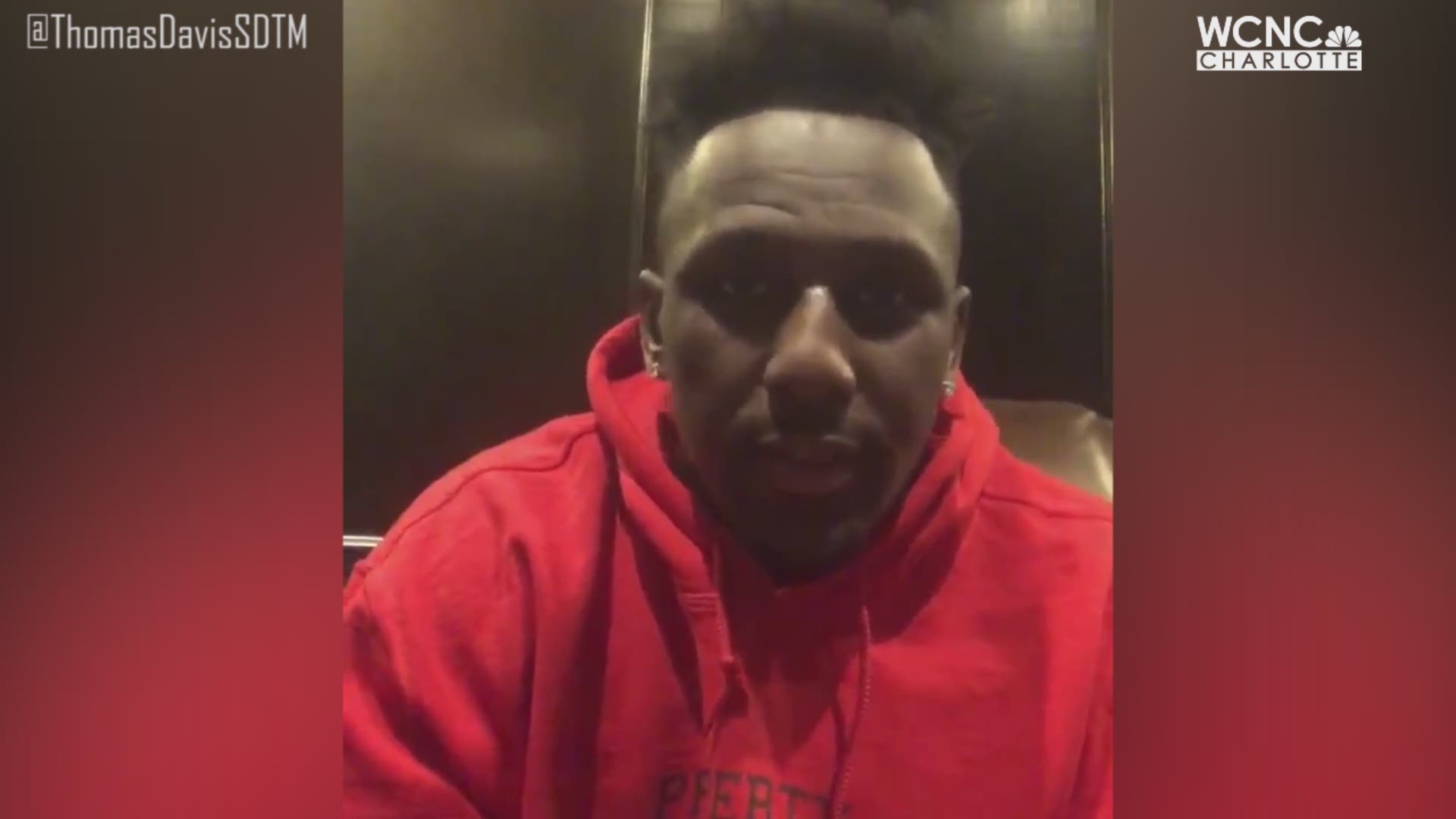 Carolina Panther Thomas Davis released an emotional video on Twitter Wednesday night, saying he would be parting ways with the team.

“I received information from the Carolina Panthers on Monday that they’re going to go in a different direction with the linebacker position," he said.

The Panthers said Davis will become an unrestricted free agent on March 13 when the new league year starts.

The veteran player thanked the organization and his teammates for making the last 14 years in Charlotte memorable.

RELATED: Thomas Davis: 'Wearing that black and blue is all I've known'

Davis also had plenty to say about the fans who have cheered him on for well over a decade.

The 35-year-old got emotional as he talked about the time he and his family have spent in the Carolinas.

“I’ve loved and cherished every moment that we’ve had in Carolina. Carolina’s gonna be home for me and my family…but I’m not retiring. I feel like I have way too much football left in me to walk away from the game right now. So I wanna keep playing; I’m going to keep playing. Hopefully, someone’s going to give me that opportunity.

In January, Davis told NFL.com that 2018 would be the final year of his career. But after being suspended for the first four games, Davis reconsidered hanging up his cleats. Still, he never dreamed he'd take the field for another team.

“Panther Nation, just know that in no way did I ever imagine putting on a different uniform, still to this day, don’t wanna do it. But I wanna play football.”

Davis ended the video with the Panthers battle-cry.