They plan to use the prize for their 40th wedding anniversary with an excursion to Vancouver. 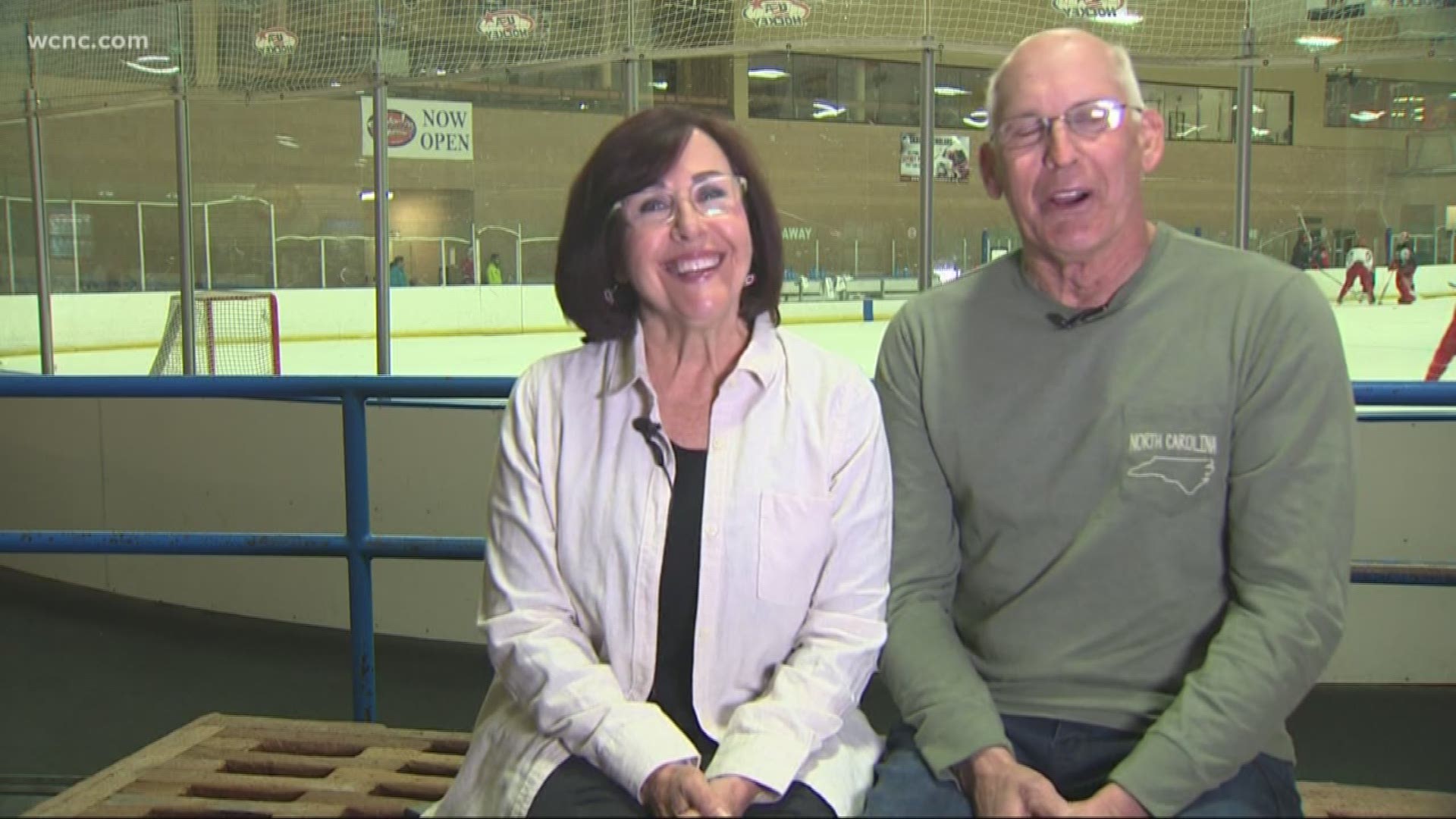 Karen and Stephen Boehner aren't exactly life-long fans. After all, their home state isn't exactly a hotbed for hockey.

"It's not much of a popular sport in Kansas,” Stephen said.

But one of the Boehners four sons became a big fan, and now they are, too. They've been to lots of Hurricanes and Checkers games since moving to Salisbury.

"It's just such an action-filled sport,” said Karen.

"She said, 'That's me!' And she got up," Stephen said, "and started jumping up and down yelling."

It was quite the day for the Boehners. That morning, Stephen had finished his last round of chemotherapy.

Doctors had to remove a baseball-sized tumor, part of his colon, and 29 lymph nodes. With six months of chemo and help from Karen, a nurse, they thought he’d beat it.

"Four months ago, there were signs it was coming back,” he said.

Stephen had to complete three more months of chemo. And they're not out of the woods yet.

“That's what we're looking at right now,” he said.

The Boehners credit their faith for their positive outlook. On Tuesday, they were celebrating the end of another chemo session when they went to the Checkers and won the trip. They plan to use the prize for their 40th wedding anniversary with an excursion to Vancouver.

"We believe God will do the best for us,” Karen said. “He knows best."

In the meantime, they'll keep the faith and keep fighting. And probably keep going to Checkers games.

"We might be good luck for them. Our luck seems to be pretty good right now," added Karen.

The Charlotte Checkers have home games on April 6 and 7, and at least one home playoff game on April 24. For tickets, visit www.charlottecheckers.com.