Checkers defeat Wolves 5-3 to even series at one. The Calder Cup Finals now shift to Chicago for the next three games, starting with Game 3 on Wednesday night. 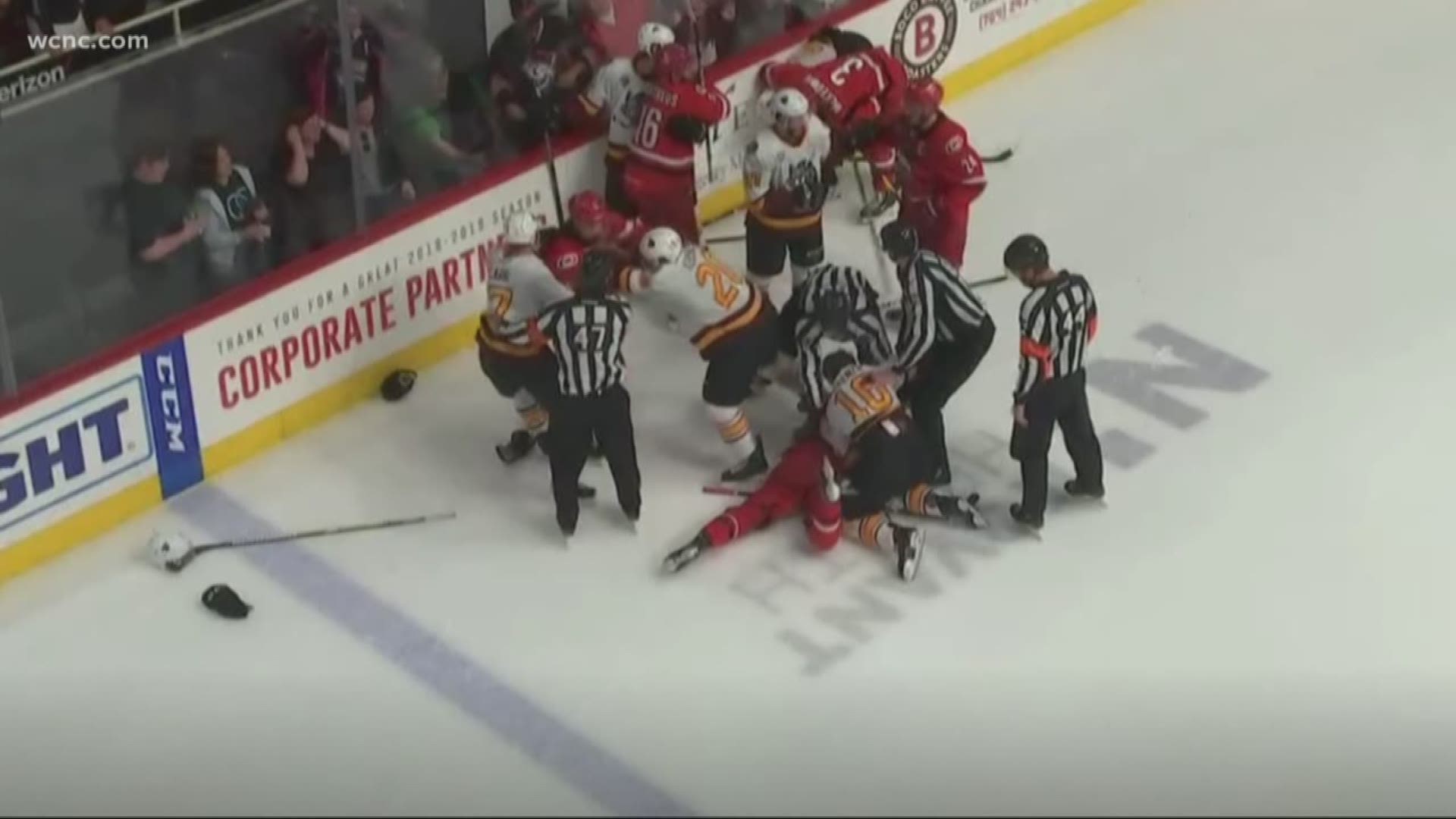 CHARLOTTE, N.C. — After a tough loss the night before, the Checkers rebounded as they have so many times this season, topping the Wolves 5-3 to pull the Calder Cup Finals even at one game apiece.

The scoring once again started with a bang, as Nick Schilkey converted a shorthanded breakaway less than four minutes in only to have Chicago even the score before the five-minute mark. The Checkers would break that deadlock early in the middle frame with back-to-back tallies from Nicolas Roy and Stelio Mattheos just 14 seconds apart, but the Wolves erased that lead just as they did the night before and drew the game back into a tie midway through the period.

The Checkers reversed their fortune in Game 2, however, as Tomas Jurco hammered a one-time feed from Martin Necas and squeaked the puck through Oscar Dansk in the final two minutes of the second to push the home side back on top heading into the final frame. Charlotte continued to buzz in the third and locked down their lead, holding the Wolves to just four shots in the period and tacking on an empty-net dagger to secure the win, but not before some fireworks. With under a second remaining on the clock tempers flared, resulting in 59 penalty minutes –including 27 to Chicago’s Curtis McKenzie alone.

Dustin Tokarski took the crease for Game 2 and emerged with his perfect record as a Checker unscathed, registering 20 saves for the win.

The Calder Cup Finals now shift to Chicago for the next three games, starting with Game 3 on Wednesday night.