Girl gets lost at Caps parade, ends up seeing the Stanley Cup

Sophia Michnick was crying and terrified after losing her family at the Capitals Victory Parade. When police officers couldn't find her dad, they took her straight to the Stanley Cup, the Caps and Alex Ovechkin. 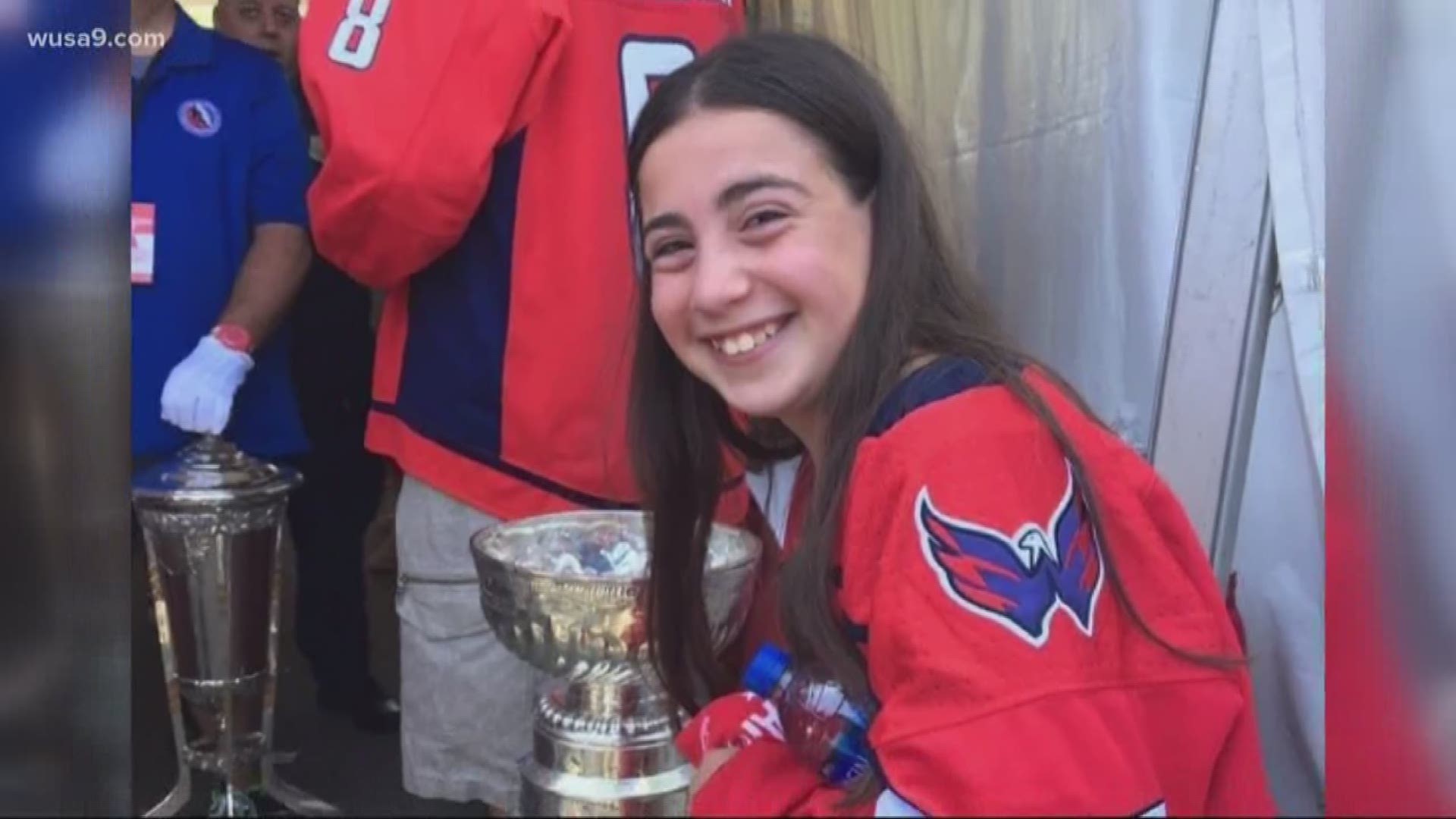 POTOMAC, Md. - Twelve-year-old Sophia Michnick got lost at the Caps Victory Parade. Crying and terrified at first, it ended up being the BEST DAY OF HER LIFE!

"It's cool! It's pretty cool!" she said, with a playful squint. She's still a little overwhelmed by all the attention. It's kind of weird, but it's exciting at the same time.

WATCH: Relive the best moments of the Capitals Victory Parade

She'd headed to the celebration with her dad and brother. But they'd wanted to stake out ground by the stage, and she wanted to see the parade. When she tried to find her family, she couldn't even get to the meet up point.

"I was really scared not finding him. I thought I was never going to find my dad cause there were so many people. I was trying to slide through the people. There was no cell service." And her phone was out of battery anyway.

They saw how distressed Sophia was, so when they couldn't find her dad, they took her to the cup--The Stanley Cup. Lt. Brecht said he told her it was going to be a great day.

"I remember when I saw the Stanley Cup for the first time, I was so excited. I was like Oh my gosh!" said Sophia. So, how close did she get? "Really close! Really, really close!"

Yesterday, Sophia Michnick got lost at the Caps Parade and ended up getting the best possible view! This preteen was in tears and totally freaked out, until a couple of MPD officers stepped in and escorted her to the Cup. (Photo Courtesy of @BruceLeshan) #MPD #HeretoHelp pic.twitter.com/toCX2a2hTw

Caps captain Alex Ovechkin was standing right over her shoulder, but she was a little to star struck to say hi.

"I was scared, I wish I could go back in time and high five the players, cause I was looking at them. I wish I'd said something. I could have high fived so many of them," Sophia said.

She is so grateful to the U.S. Park Police officers for the opportunity of a lifetime.

"Thank you so much. You really helped me. If not for you I would have been really upset. Thanks so much."

Sophia's worried dad finally found another officer, who got on his radio, and reunited the family.
They escorted them all to the players' VIP tent, and you can just imagine it turned out to be the most amazing day... For the Michnick family -- and for all of us!