Bentz wants to step into the leadership role and help out the other first-timers for his final run at swimming. 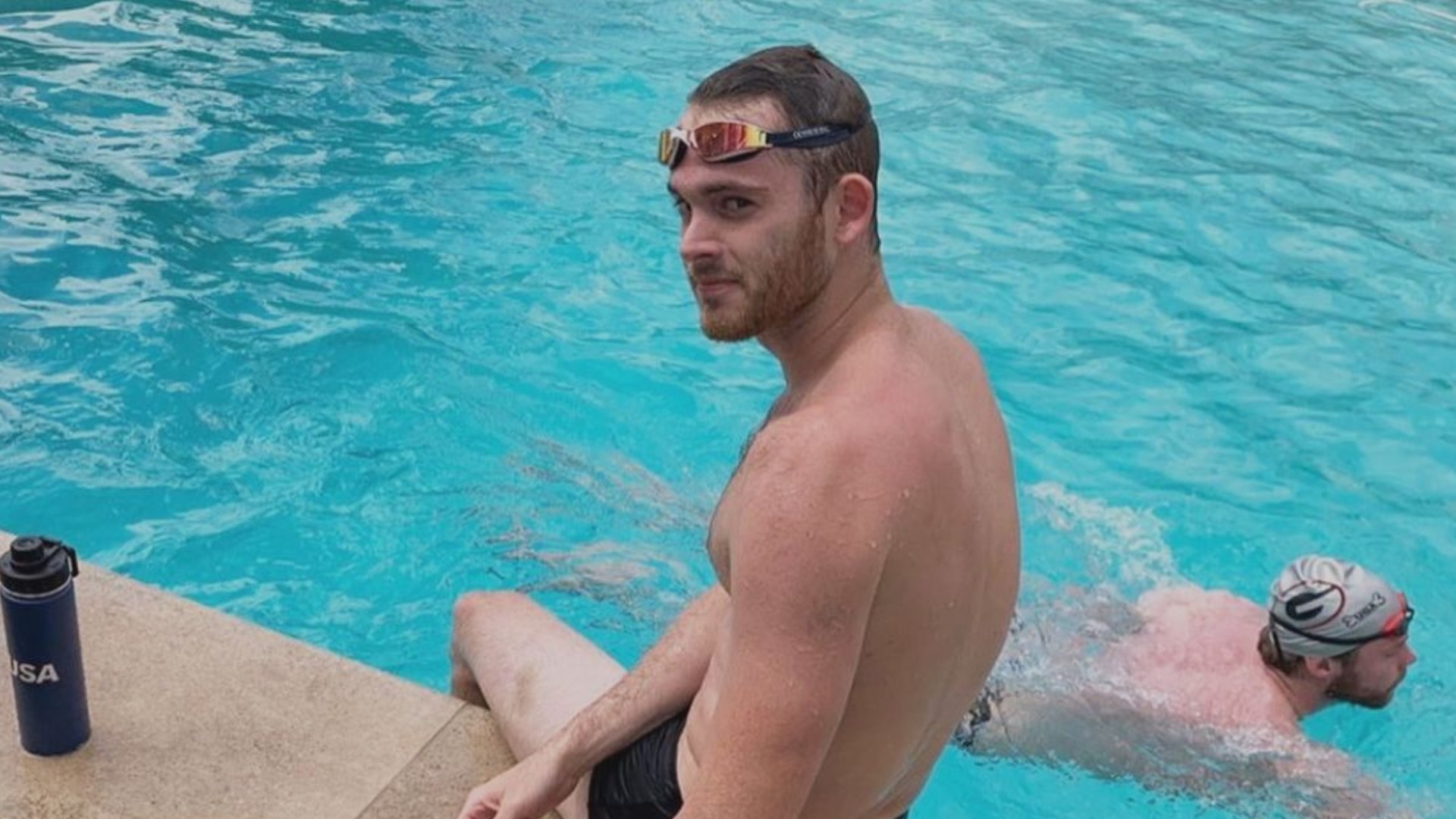 ATLANTA — Gunner Bentz, a two-time Olympian and gold medalist, knows the 2020 Tokyo Olympics will be different -- they're his last.

As he prepares for the last run of his swimming career, Bentz said he wants to become a leader and a mentor for his younger teammates. The seasoned swimmer made history in 2016 as the University of Georgia's first male swimmer to earn a gold medal. Bentz, whose nickname at home is "Gunny Bunny," was destined to be an Olympian. He was born in Atlanta in 1996, the same year the city hosted the prestigious games. He started swimming when he was 3 after attempting soccer, but it was only for the summer.

"I was never any good; I was actually terrible," Bentz said. "And then I started swimming at 10 or 11 year-round at Dynamo Swim Club in Atlanta and that's because I played soccer and I didn't get asked back for the select team the next year."

Olympics were never on his radar, and he said he was a surprise addition to the 2016 roster. Bentz, who had the chance to swim along with household names like Michael Phelps, Ryan Lochte and Conor Dwyer, said the key to becoming a gold medalist is being coachable.

"I was training with Michael Phelps for the 2016 Olympics, and he was still working on his butterfly, you know he had won so many gold medals already and broken so many world records, but he was still tweaking little things to try and get better," Bentz said.

He said Phelps was a good mentor to the entire team, with Olympic wisdom oozing from him. Bentz said he intends to focus these 2020 Olympics on becoming more of a mentor like Phelps was to him.

One of Bentz's favorite things is to show kids his gold medals, especially at kids' swim camps.

"It's got a bunch of dings and scratches in it from taking it to various events, but I think that kind of shows the history of it and it keeps it fresh in my mind every time," Bentz said.

He said he isn't going in with any expectations, no goals of medals but instead having fun during his last Olympics. His mindset for Tokyo stems from his study of Thomas Carlyle's "Astor Resartus." Bentz particularly resonated with the quote "work while it's called today, for the night comes where no man can work," as he settles in for his last few years of swimming.

Bentz is set to race on Saturday, July 24 on NBC.