Team says a decision is expected this week 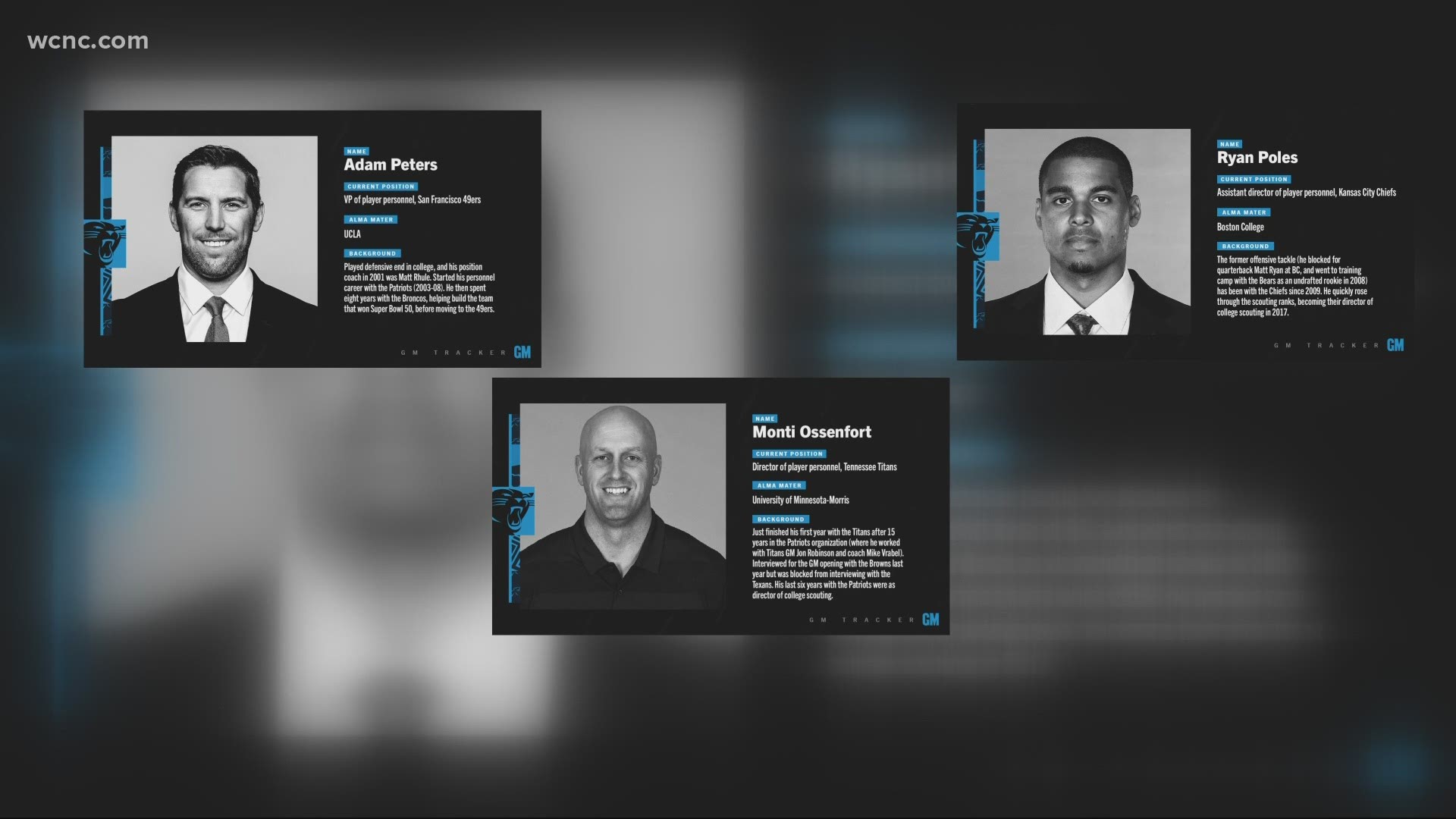 CHARLOTTE, N.C. — The Carolina Panthers say they have narrowed their search for a new general manager from 15 initial candidates down to four.

Each of the four men have gone through a second, in-person interview.

Neither has been a general manager in the NFL.

Carolina says a decision is expected this week.

Here is more information on each candidate, provided by the Panthers team website.

Background: Spent the 2020 season with the Titans after 15 years in the New England Patriots organization. Interviewed for Cleveland Browns GM opening after the 2019 season. His last six years with the Patriots were spent as the director of college scouting.

Background: Spent 2003-08 with New England Patriots before joining the Denver Broncos for eight seasons, which included winning Super Bowl 50 against Carolina. Was a defensive end at UCLA where his position coach in 2001 was Panthers head coach Matt Rhule.

Background: Has been with the Chiefs since 2009, and was named director of college scouting in 2017. Played with Falcons QB Matt Ryan in college, and went to training camp with the Chicago Bears in 2009 as an offensive tackle.

Background: Joined the Seahawks in 2001, and rose to director of college scouting. Has been in his current role for the last six seasons under GM John Schneider. Seattle has made the playoffs in 9 of the last 11 seasons. Played football and baseball in college, and pitched for the Toronto Blue Jays organization for three seasons.