Carolina QB was following protocol set up for vaccinated players, but would not say whether he got the shot 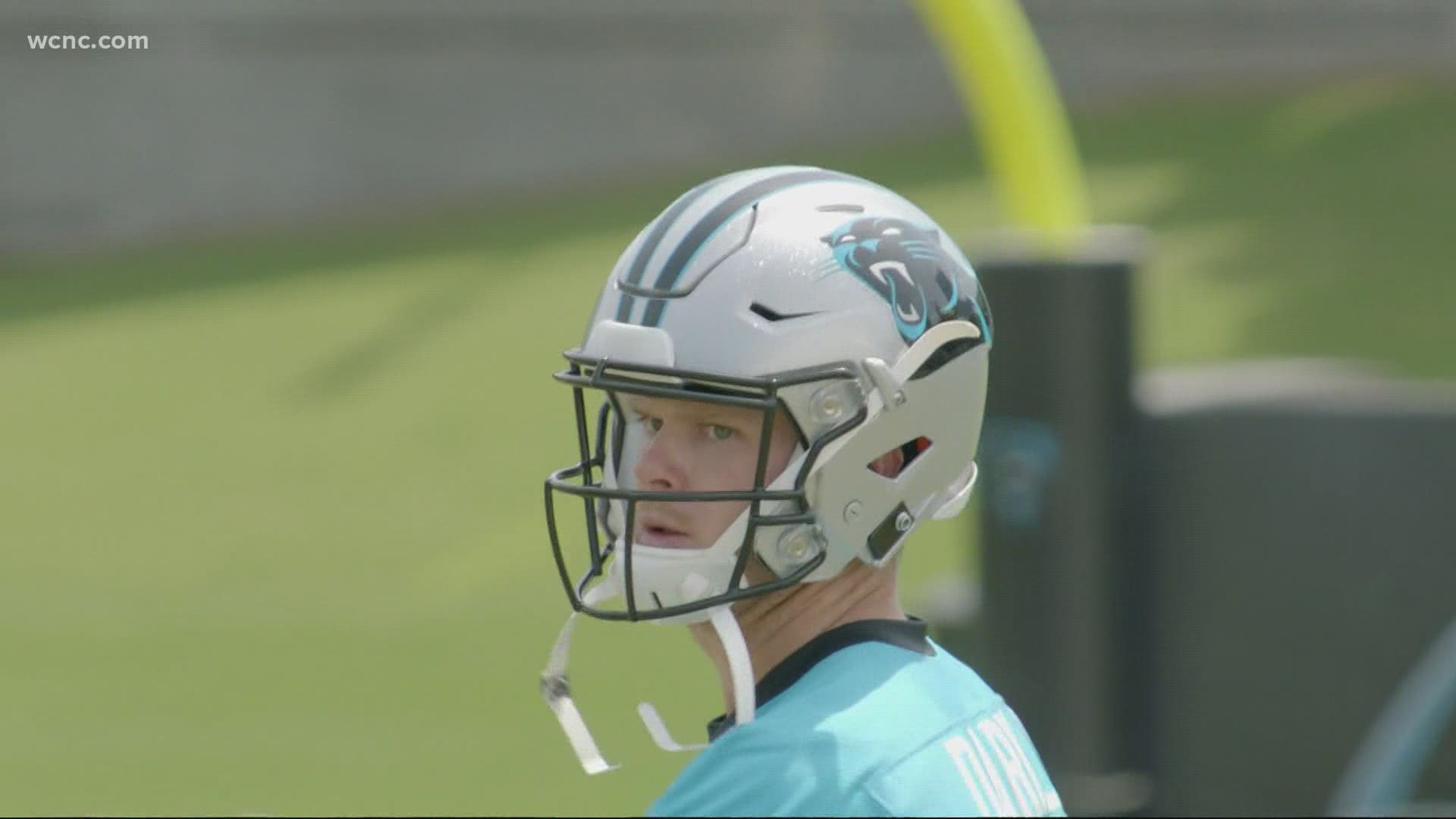 SPARTANBURG, S.C. — Sam Darnold isn't saying whether or not he’s been vaccinated against the coronavirus.

Instead, Carolina’s new starting quarterback said his focus is on making “smart decisions” as he tries to resurrect his NFL career.

The 24-year-old Darnold raised some eyebrows in June when he said on a Zoom call he hadn’t been vaccinated.

He did not wear a mask Tuesday while talking in person to a group of reporters.

A Panthers spokesman wouldn’t say if Darnold has been vaccinated, but confirmed that any unvaccinated players are required to wear a mask while addressing the media.

RELATED: Panthers quarterback Sam Darnold has yet to get COVID-19 vaccine

"I honestly still don't want to talk about it," he said.

#Panthers QB Sam Darnold won’t comment on if he’s vaccinated but he is here speaking to media with no mask @wcnc pic.twitter.com/AQMg35opbC 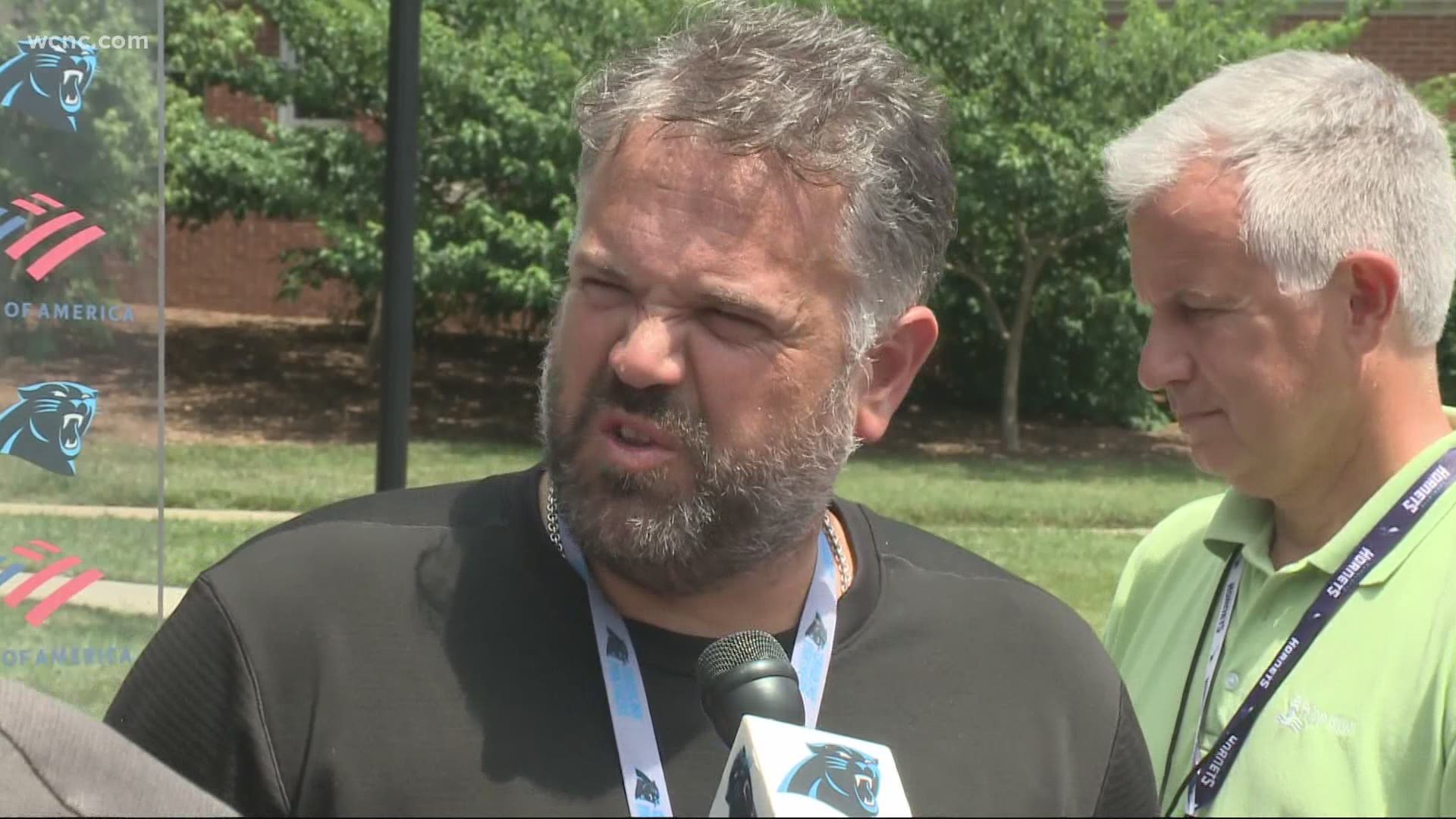 Offensive tackle Taylor Moton said he and his entire family were vaccinated.

"I got my vaccine done," he said. That makes things a little smoother, a little closer to back to normal."

For teams like the Panthers, who reportedly have a vaccination rate above 90%, it frees them of harsh NFL restrictions placed on teams with low rates.

"Our entire staff did a great job educating our players," General Manager Scott Fitterer said. "I know personally I believe in it."

Second-year head coach Matt Rhule said in the spring that vaccinations would give the Panthers a competitive advantage.

Fans are invited to attend. Admission is free and a vaccination is not required.