Panthers fans slowly but surely coming back to camp 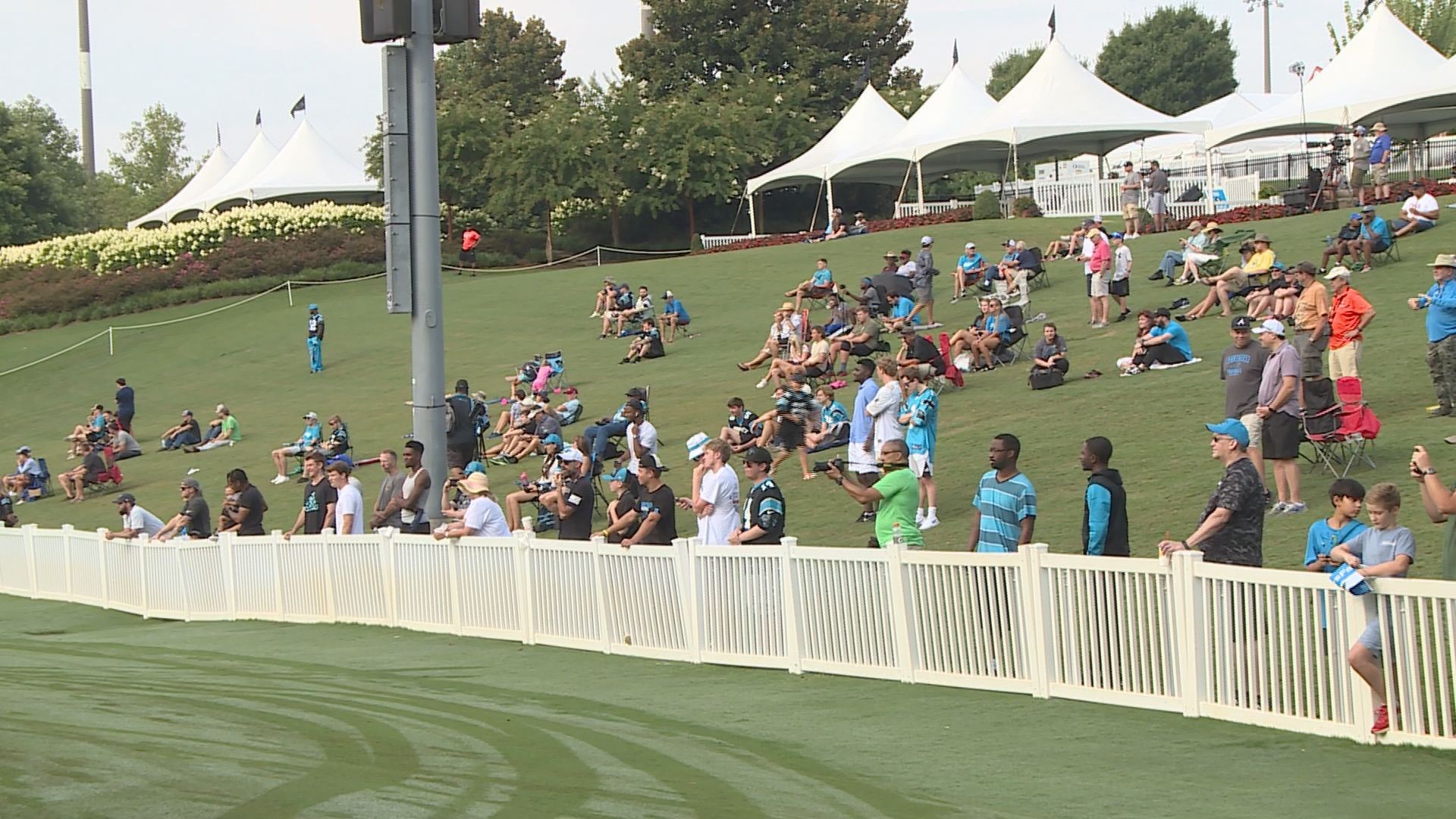 SPARTANBURG, S.C. — Wednesday's training camp crowd was clearly the biggest of the Panthers morning sessions through a week and a half.

Seven-year-old Rory Lepley came all the way from Pennsylvania to see his favorite player.

Greenville's Joshua Foster was spending his 13th birthday in Spartanburg, thanks to his sister.

"It's just cool being able to see the players in person out there," Foster said, "training and doing the workouts."

But until now, the hillside that normally stacks Carolina fans shoulder to shoulder has been mostly bare.

No official numbers have been released.

There was a decent crowd of over 6,000 at the team's night practice on Saturday at Wofford's Gibbs Stadium.

Greg and Aiden Pittman of Spartanburg try to come every year the Panthers are here.

They like the father-son time, and time to watch their favorite team.

"Just special, bonding time," Greg said. "Taking time out  to be together and just enjoying this."

Aiden likes what he sees from the new crop of Carolina players.

"I think they're doing pretty good," he said.

But for the most part, the big crowds have stayed away.

"I just think because of the pandemic," Greg said, "and COVID has really changed a lot."

The biggest change that might be keeping big crowds away is NFL COVID-19 policy that prohibits fans from seeking player autographs.

"Years before you could actually take pictures and get autographs and that kind of stuff," Greg Pittman said.

Signatures, selfies and interactions are one of the event's biggest draws.

Plus the players are mostly new. There are still plenty of jerseys in the crowd, but with the exception of a No. 22 McCaffrey or two, fans are sporting players of the past.

No. 1 Cam Newton jerseys and No. 59 Luke Kuechly are still sighted often.

"Right now it's really up in the air of what they're going to be and with all the new faces,"

Plenty of spectators could still show up for the next few weeks of camp, and Friday night's Fan Fest at Bank of America Stadium in Charlotte.

And there are currently no crowd limitations for the actual games.

The Panthers first home preseason game is Aug. 21 against Baltimore.