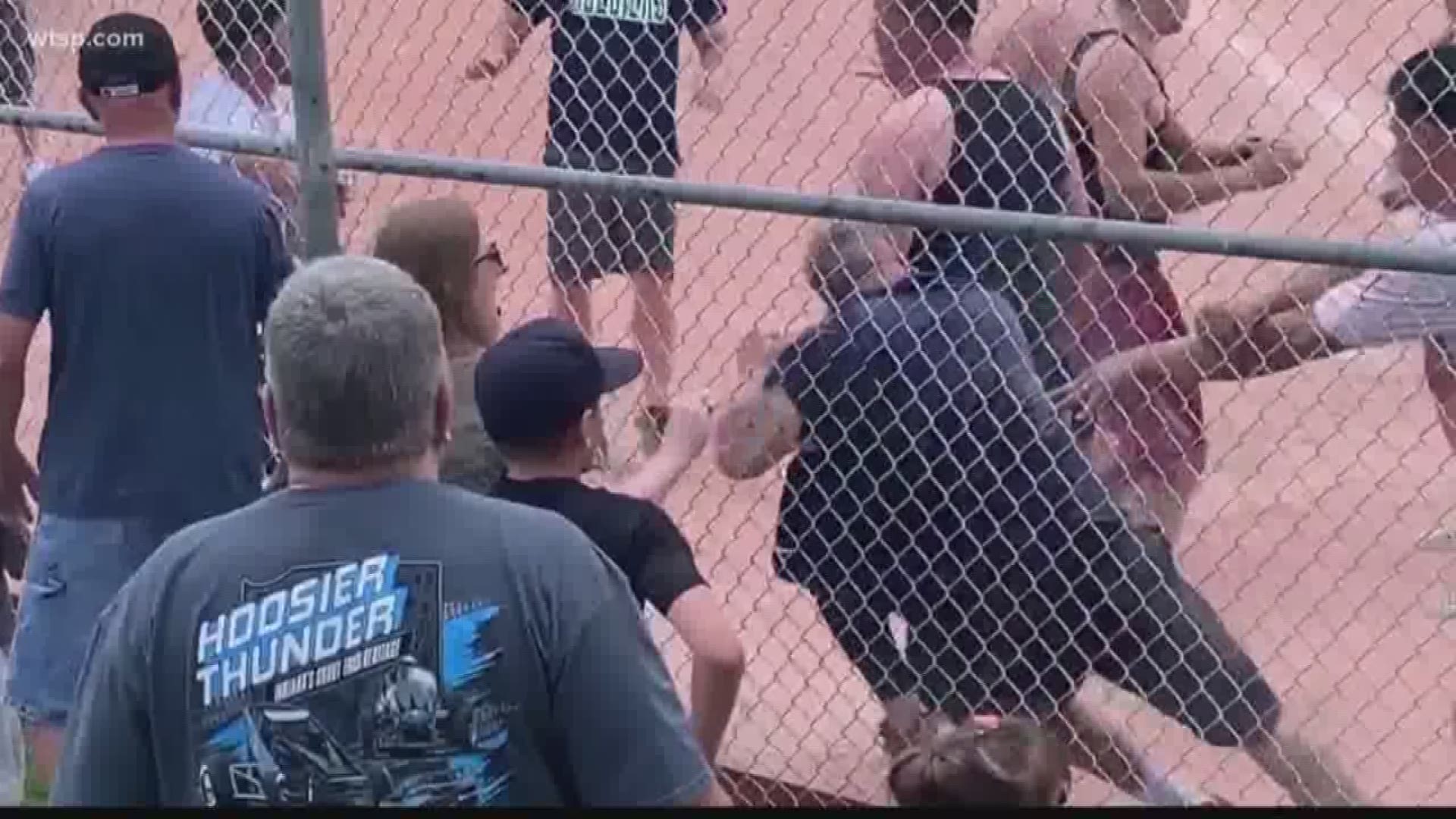 ST. PETERSBURG, Fla. — Parents are the biggest cause of a national shortage of youth sports officials -- that's according to the president and founder of the National Association of Sports Officials.

NASO President Barry Mano says he has survey data to back it up. In 2017, the NASO conducted a survey among more than 17,000 officials across the country which found:

“It’s not uncommon, matter of fact it happens a lot more than you would think,” said Tampa Bay Little League President Tony Dill. “I’ve dealt with it over the past couple years."

Dill said he'll reach out to parents and try to turn the situation into a positive. After talking with them, he'll ask of the parents to talk with their kids.

Because if fights are happening in front of the kids, "I guarantee you," said Dill, they're seeing it.

“We definitely don’t take it to the level of punishing the whole team,” added Dill. “Now, unfortunately, we’ve had to... It’ll have an impact on their own child and that’s where it hits them the hardest."

Occasionally, some parents will be asked not to come to the field for a week or so.

"They go, ‘Wait, you mean I can’t come and watch my son’s game today?’ No, you can’t," Dill said. "Your behavior has warranted that and so we’ll get them thinking about that the next time and it seems to work out well.”

Dill said Tampa Bay Little League has a unique relationship with its umpires, and he gets a lot of questions from other league presidents on how his league is able to retain its umps. Dill gives a lot of credit to his league’s partnership with the Positive Coaching Alliance, which helps lay the foundation for expectations for parents.

“I often talk with the presidents, we have a monthly meeting with the Presidents and they’re often asking how I’m able to get such good umpires all the time, and I give them the same story: it’s a relationship we build over the years,” Dill said. 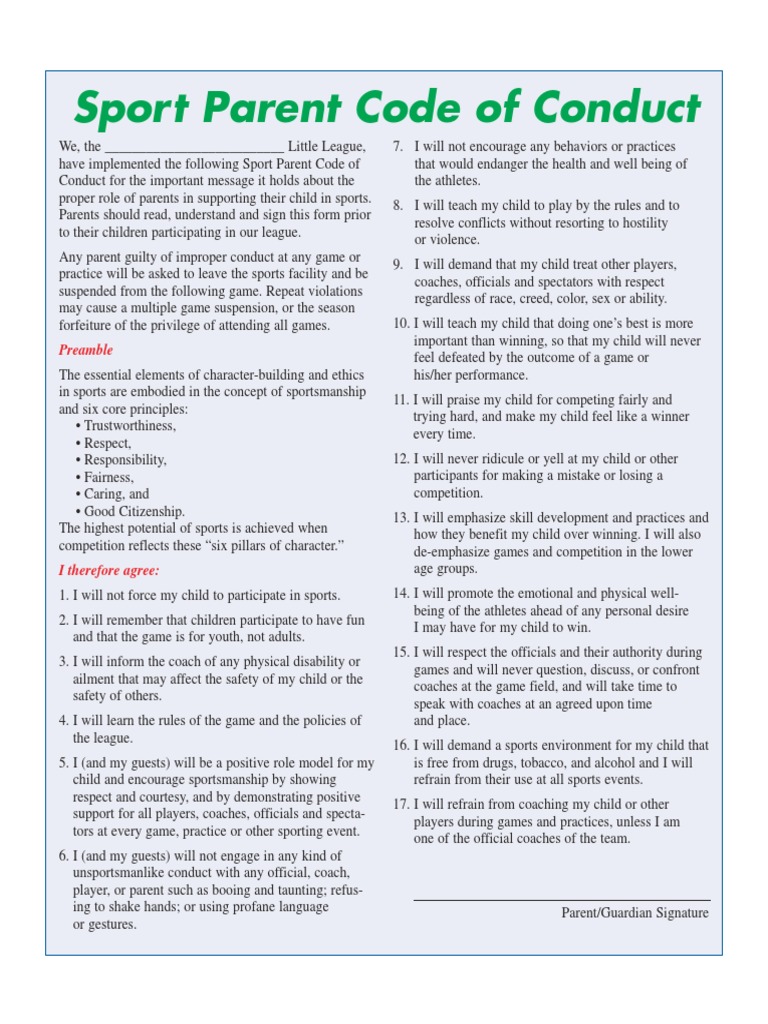 Parent Code of Conduct
We, the __________________________ Little League, 7. I will not encourage any behaviors or practiceshave implemented the following Sport Parent Code of that would endanger the health and well being ofConduct for the important message it holds about the the athletes.proper role of parents in supporting their child in sports. 8.