Drag-racer looking to carry on her late aunt's legacy 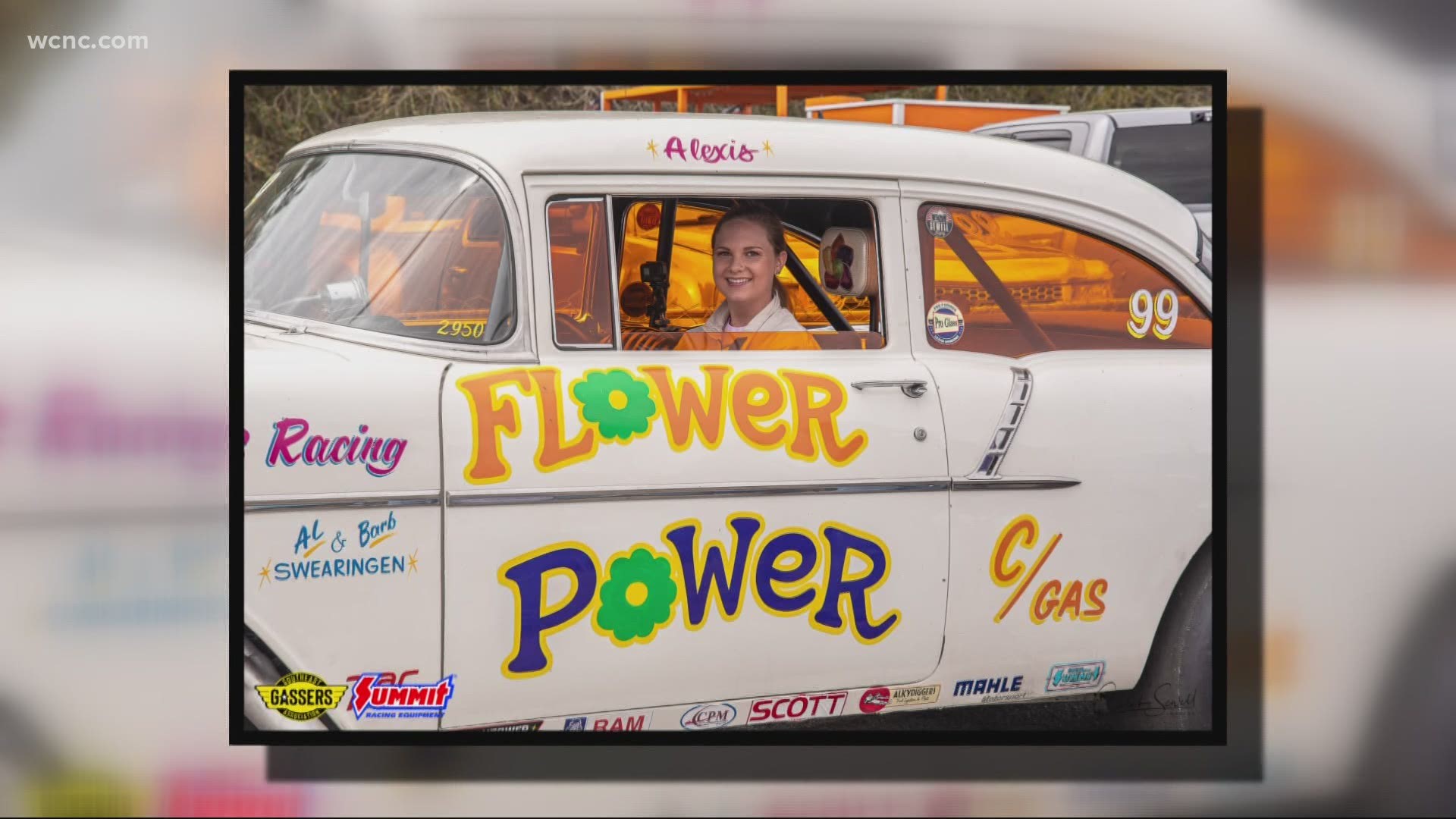 TRYON, N.C. — Alexis Phillips recently made her debut in drag racing, but how the opportunity came about is an emotional one for her family.

Alexis Phillips' aunt, Cynthia Phillips, was a part of the drag racing community since the mid-1980s. In 2017, she decided to get behind the wheel of the flower power 1956 Chevy. However, after being diagnosed with cancer Cynthia Phillips was unable to pilot the car this season and chose her niece Alexis Phillips to fill in.

Unfortunately, Cynthia Phillips recently lost her battle with cancer and now the importance of carrying on her legacy means that much more to Alexis Phillips.

“She's gone now, but she's better off. She's in a better place. We're going to keep the car out there, keep the legacy going,” Phillips said.

Phillips, who is a national champion dirt bike racer, is learning the ropes of drag racing thanks in part to her late aunt's husband, Quain Stott, who is a former Pro Modified champion turned period-correct Gasser promoter.

"He did most of the teaching just because he was the one there for all the test sessions," Phillips said. "She couldn't make it to all of them because she was sick, but between the two of them I definitely had the best teachers you could have."

While Phillips is just two races into the season, she hopes that she can continue to pave the way for other female drivers like her aunt Cynthia Phillips did.

"Me carrying her legacy is a lot of pressure because I mean she was the best out there of the girls. Nobody could touch her," Phillips said. "I have a lot to follow."

The series Alexis competes in, the Southeast Gassers Association, will hold a number of events throughout the country during the spring in summer before returning to Shadyside Dragway in Shelby, North Carolina this coming November.