Report: McCaffrey to have MRI on ankle Monday 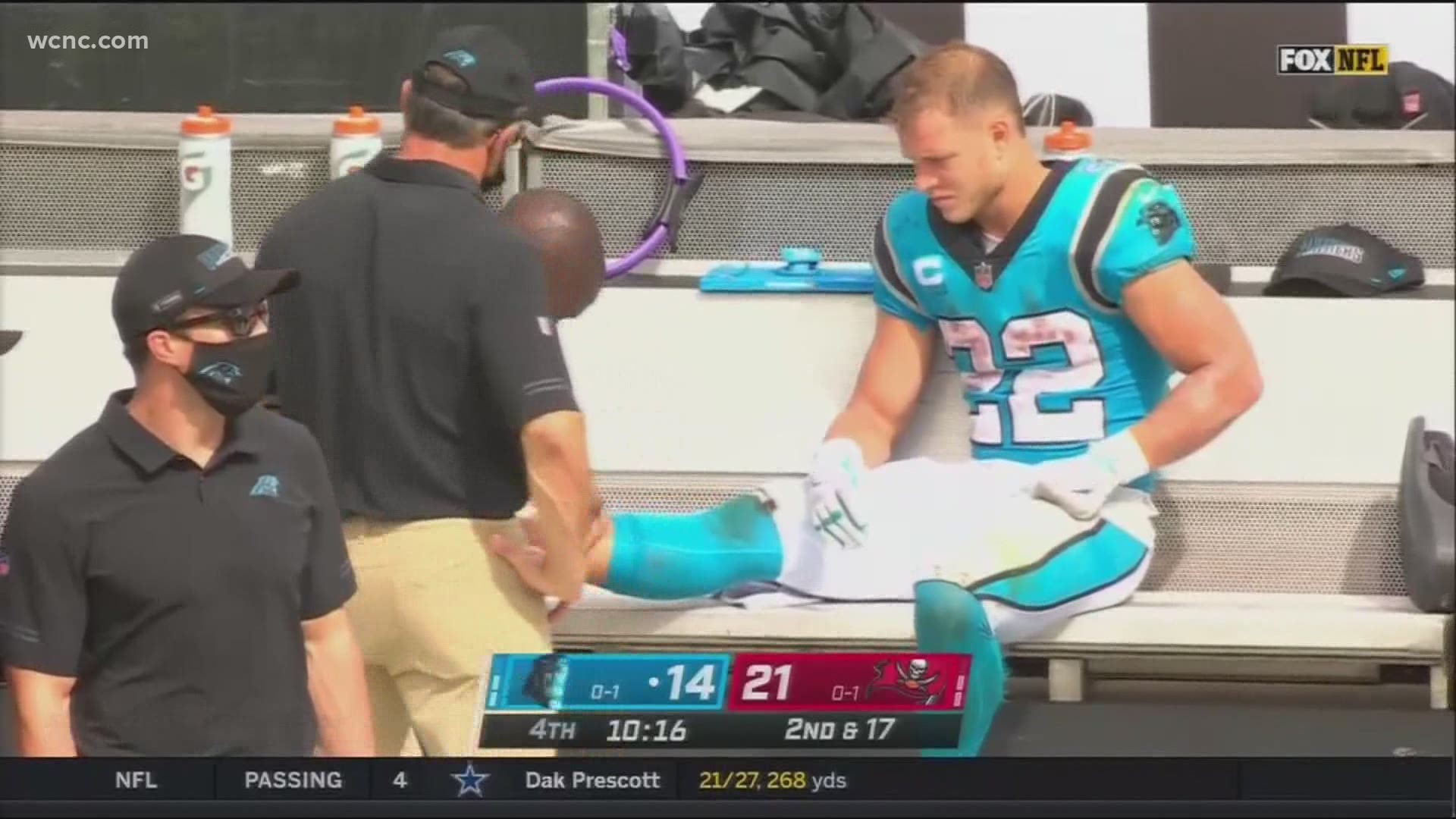 Carolina Panthers running back Christian McCaffrey will have an MRI on his ankle, according to a report from NFL Network's Ian Rapoport.

McCaffrey left the Panthers 31-17 loss at Tampa Bay after a fourth-quarter touchdown, limping towards the sideline.

McCaffrey did not return to the game despite receiving treatment on his right leg on the sideline.

#Panthers RB Christian McCaffrey, ruled out with an ankle, will have an MRI tomorrow to gain a full understanding of his ailment. The initial hope is it’s not too serious. But tomorrow will be telling.

Head Coach Matt Rhule did not have an update immediately after the game.

"I don't know anything right now," Rhule said. "At the end of the game they said he was out with a lower leg injury. I haven't seen the doctors yet."

McCaffrey took himself out of the game briefly in the first half, but its unclear whether it was related to his ankle injury.

No update on #Panthers RB Christian McCaffrey from Matt Rhule, calls it a lower leg injury. Ankle was official report.

McCaffrey ran for 59 yards and two scores and added 29 yards on four receptions in the loss to the Buccaneers.