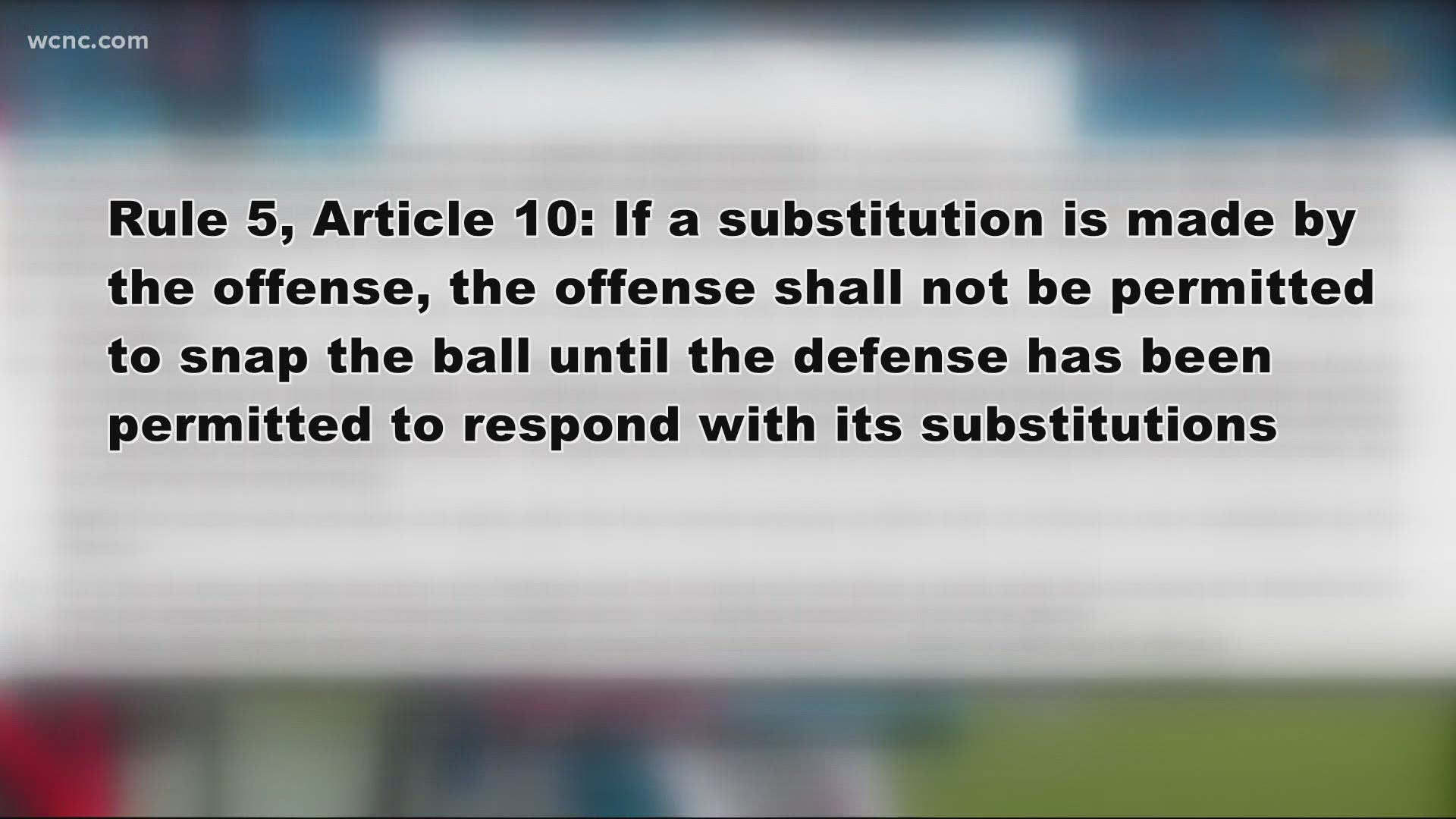 So in the second quarter on Sunday with the Cardinals threatening to score, they did not make a substitution until there were only about 15 seconds remaining on the playclock.

The Umpire stands over the ball until Carolina has reasonable time to match the substitution.

That's where 'reasonable time' comes in to play.

Clearly prepared for this scenario -- Matt Rhule sends out defensive tackle Zach Kerr -- who at 335 pounds is not the fastest guy in the world -- but still took his time getting out to sub in.

By the time Kerr reached his defensive line teammates, there were only about two seconds left on the play clock, and the Cardinals burned an early timeout.

Carolina used the same strategy in the second half, again swapping in Kerr, but the Cardinals scored on the play.

By no means a game-altering tactic, but a sign that Rhule knows the rules and can coach, and out-coach in the NFL.