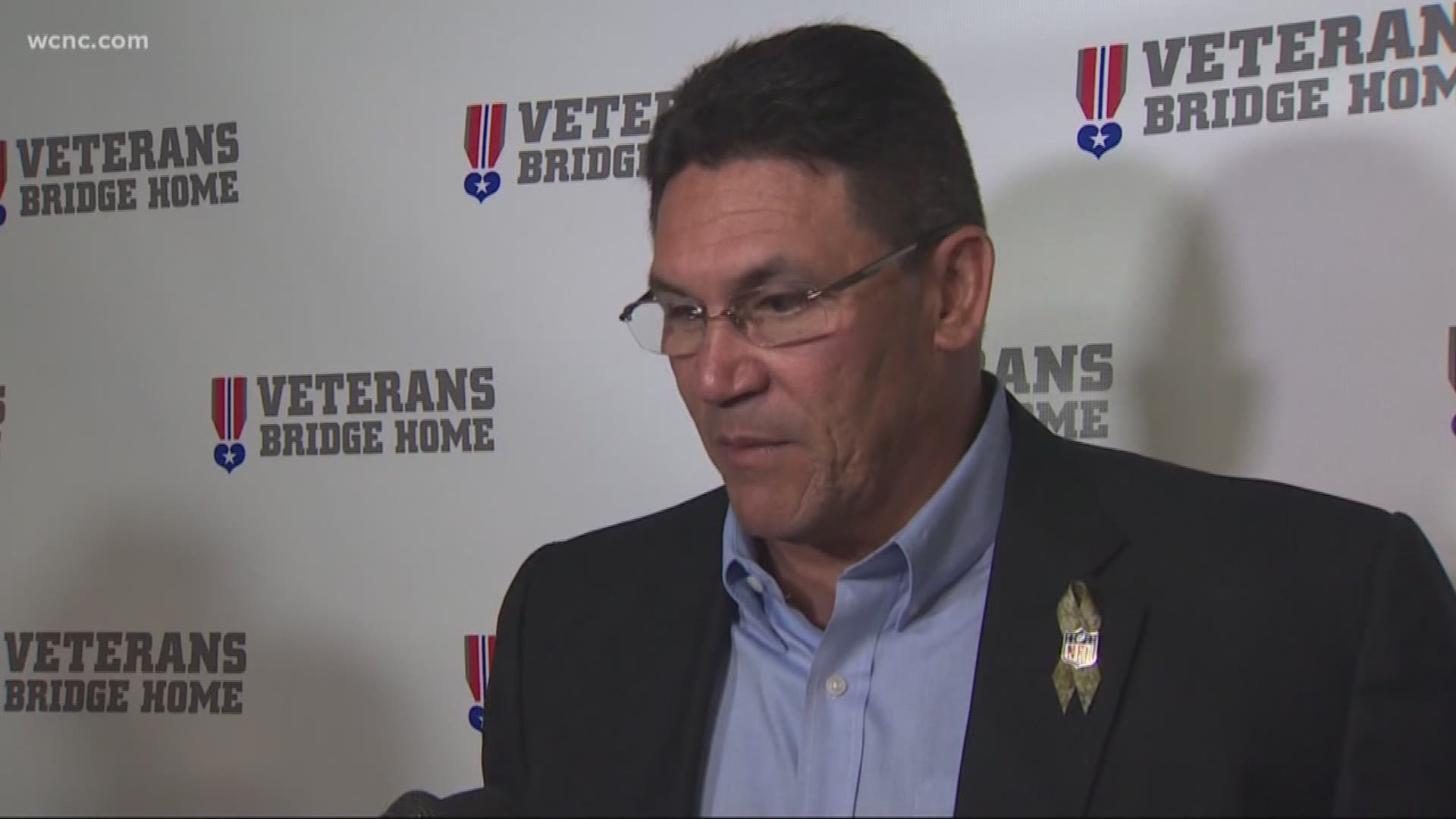 CHARLOTTE - One of the NFL's strongest supporters of the military, Panthers head coach Ron Rivera appeared at the Veterans Bridges Home Lunch and Lead on Friday.

"I was very humbled by some of the stories I heard today," said Rivera, who's father served two tours in Vietnam with the U.S. Army, "and some of the men and women I got to meet."

Also appearing was new linebackers coach Steve Russ, who served in the Air Force, and coached at the Air Force Academy.

The Veterans Bridge Home supports military veterans and their families as they move into the community. It estimates there are over 150,000 veterans in the Charlotte area.

"They are our neighbors, friends, co-workers, and one is a key member of our favorite NFL team," said Blake Bourne, Executive Director of Veterans Bridge Home. "We are grateful to Coach Rivera, Coach Russ and the entire Panthers organization who have been great partners."

Under Rivera, the Panthers have consistently hosted members of the military, and their families, often having them speak to players.