Ryan Newman doesn't remember horrific crash, but remembers walking out of the hospital with his daughters 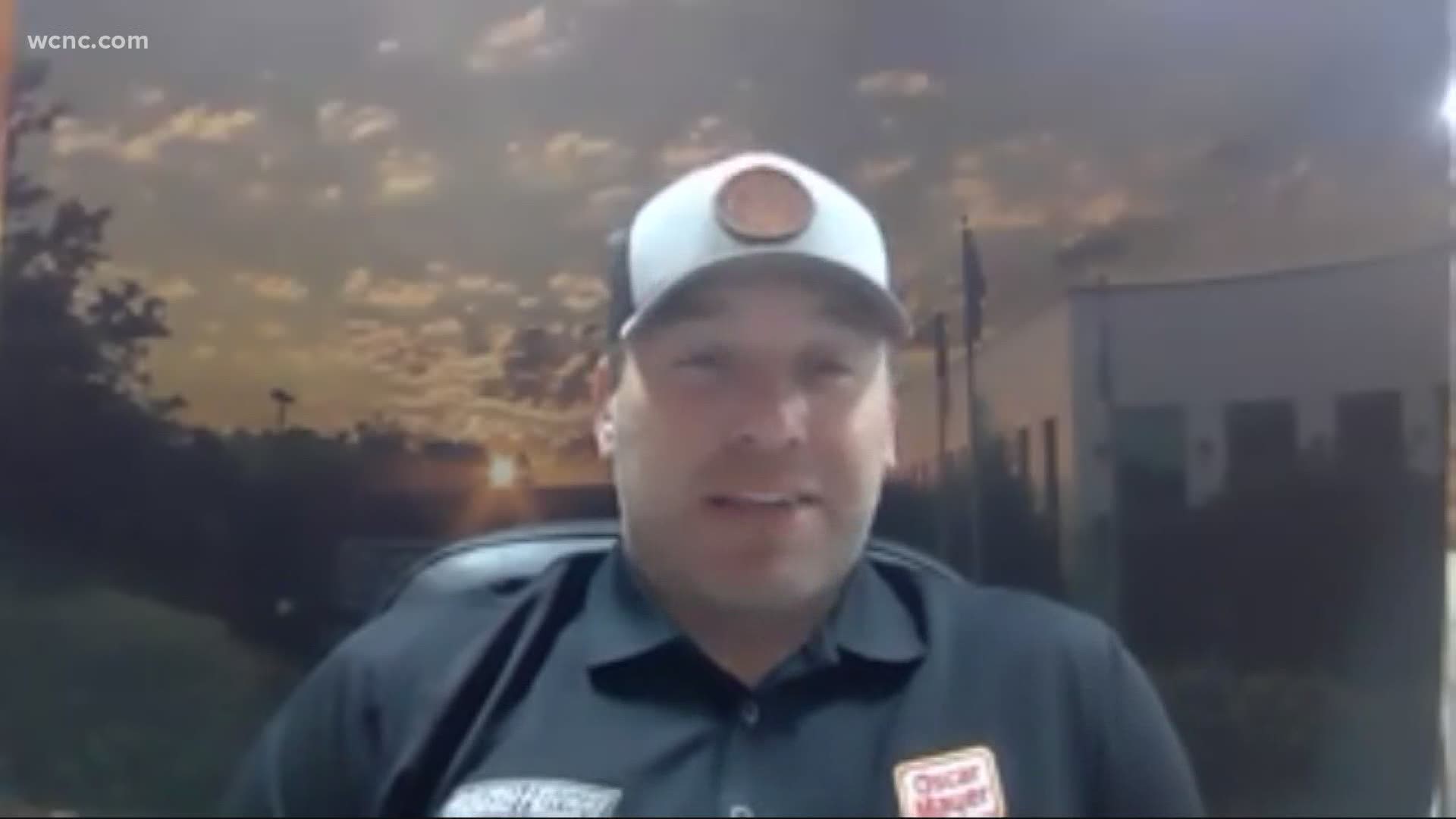 CHARLOTTE, N.C. — When Ryan Newman crashed at the Daytona 600, the situation looked grim even to the most seasoned members of the NASCAR community.

Speaking to media over a Zoom call on Thursday, Newman said the fact that he will race in NASCAR's return to racing at Darlington on Sunday is miraculous.

"I feel like a complete walking miracle," Newman said.

Newman says he does not remember the race, the crash, or even his stay in the hospital.

"But I do remember putting my arms around my daughters chests," Newman said, "and walking out and holding their hands as I did that."

Newman says doctors put him in a medically-induced coma. He also said there was never a definitive answer as to whether or not he had a concussion. He has taken to calling it a 'brain bruise.'

"I kind of self-diagnosed myself with that bruised brain," he said, "because the reality is you need time for that bruise to heal."

Newman said he's felt normal for about 8 weeks, but the last 8 weeks have been anything but normal for the world or for NASCAR.

Cars have been off the track since mid March due to the coronavirus pandemic. Sunday's race at Darlington will be a different experience for everyone, with no fans, limited personnel and not even practice or qualifying laps.

"I think it's a big opportunity and we're all going to work really hard to make the best of it," Newman said. "This is a unique opportunity for us to shine and for me personally to get back on the horse at the same time."

RELATED: Newman says he will be ready to race when NASCAR resumes

RELATED: Ryan Newman was critical of NASCAR for airborne crashes

RELATED: 'It reminds everybody that it's not all fun and games. It's real.' | Kenny Wallace talks about Ryan Newman crash, memories of Earnhardt