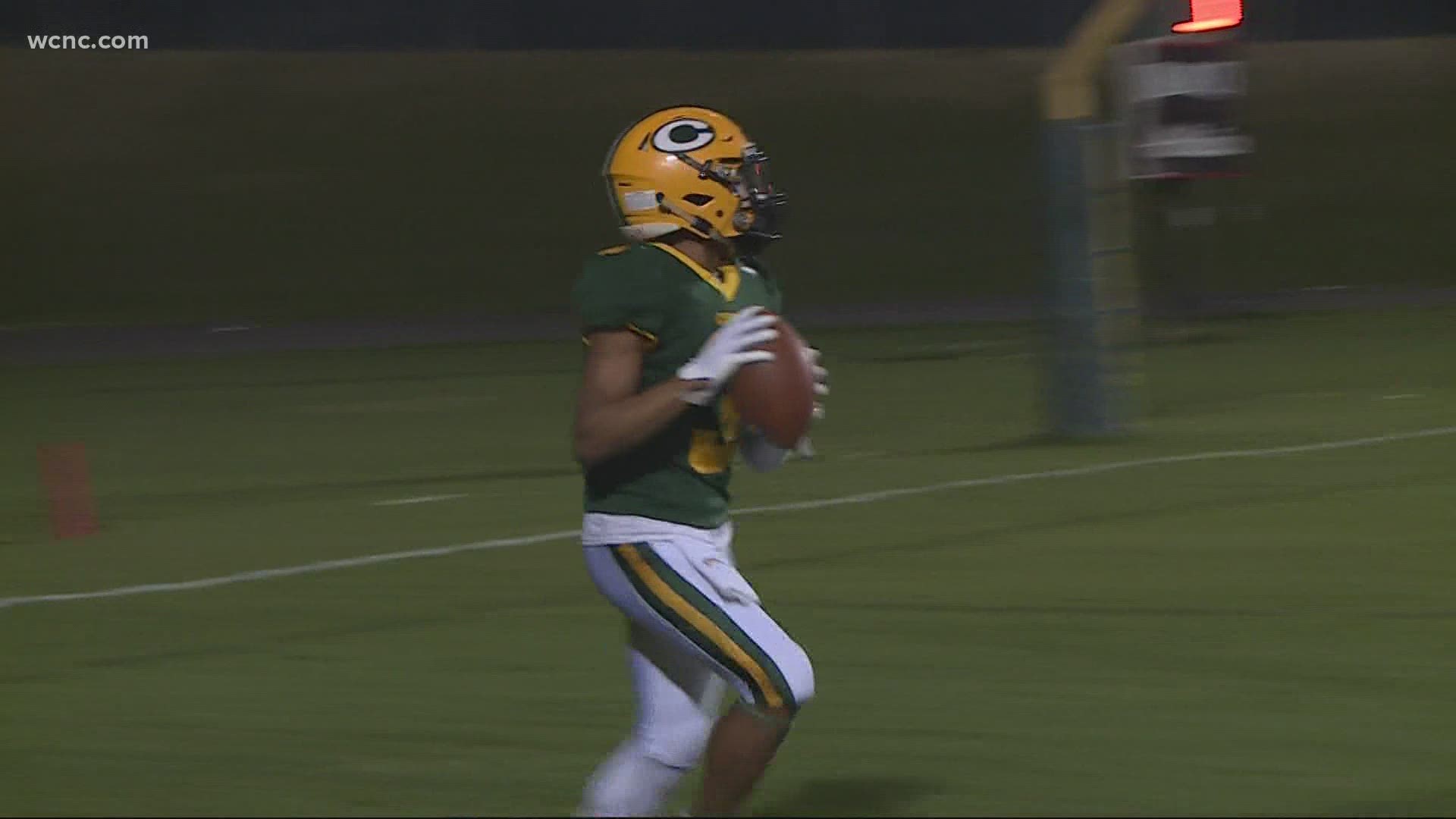 SHELBY, N.C. — Down 27-14 at halftime, Shelby mounted a second-half comeback to beat visiting Chase, with the Friday night final, 47-41.

Omar Phillips came out ready, the running back rumbling for a big gain, despite a fumble that landed in the hands of teammate Demetrius Thompson.

A few plays later, Phillips held on from the wildcat formation to score and bring the Golden Lions within six points.

After a Chase touchdown, the Golden Knights answered again.

Then Huitt aired it out again to a diving Luke Williams.

Not far away at Crest, the Chargers had no problem with Ashbrook at home.

Up 21-0 by the time our cameras arrived, Crest made it 28-0 on a Timothy Ruff II touchdown run.

Later, QB D.J. Fuller fooled them with the pump fake, then fired to a wide open Caleb Borders.