Each July, one game featuring international soccer teams will play in Charlotte. Additionally, the 2019 House of Soccer experience will take place in Charlotte. 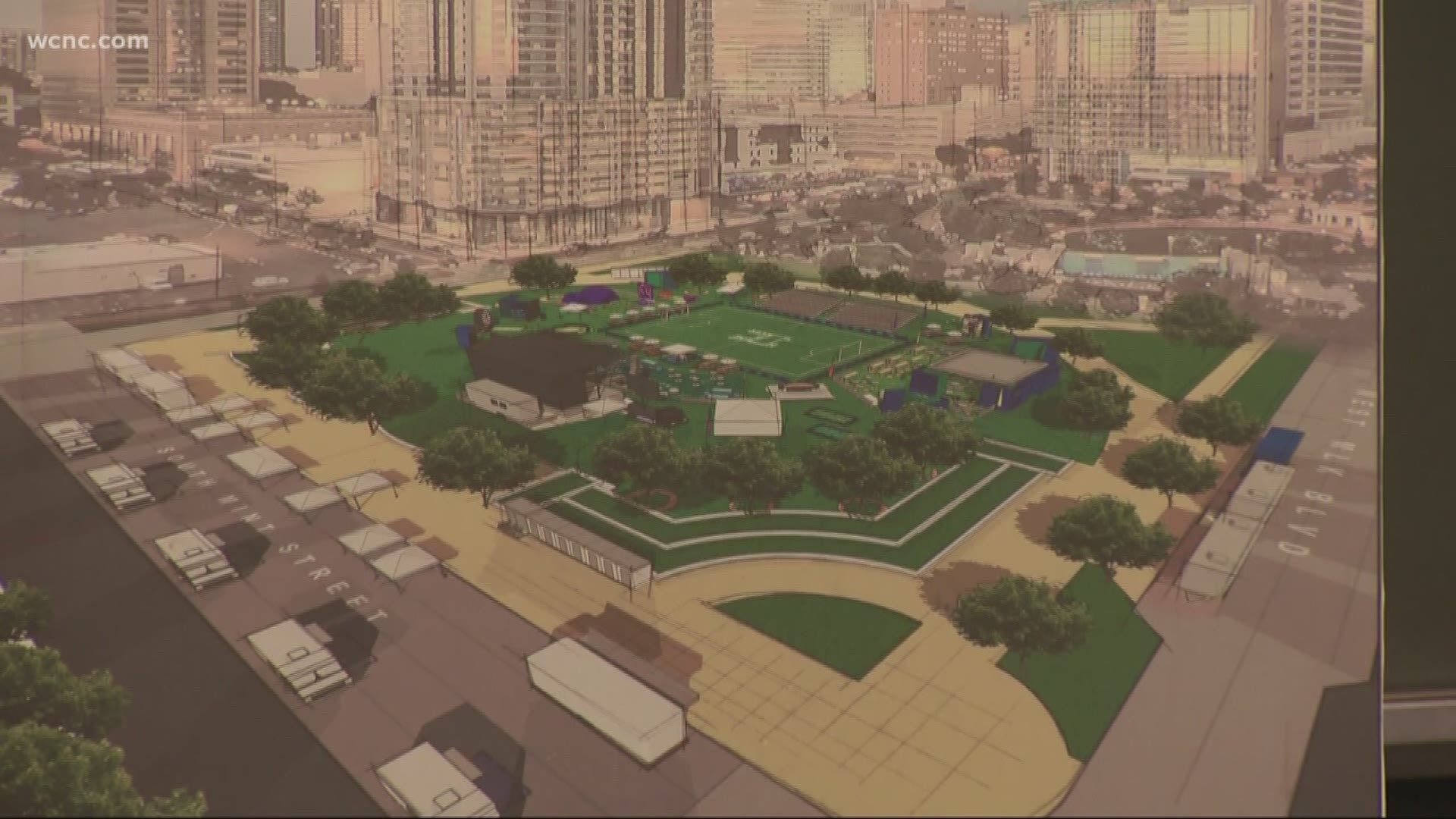 Beginning later this month, two international soccer teams will compete in Charlotte as a part of the International Champions Cup tournament. The tournament will return for one game annually in July throughout the term of the deal.

Tickets are on sale now for the July 20 match between Arsenal and ACF Fiorentina. Seats listed on ticketmaster.com start at $35.

Designs shared Tuesday showcase a soccer field at Romare Bearden Park in uptown Charlotte. According to Relevent Sports Group, these are renderings for the upcoming events.

"I think we're ready for some play," Lyles said.

Glick says they pushed really hard for this.

"Charlotte is a soccer city and today is a validation of that," Glick said.

Additionally, the 2019 House of Soccer experience will take place in Charlotte on July 19 and 20.

The 2019 House of Soccer Experience is expected to be a place for lifestyle, culture, music, and sports to come together in uptown. It's hoped to provide an opportunity for fans to express their love of the game, and bring the community together.

Katie Case, Senior Communications Manager with Relevent Sports Group, said in an email release that House of Soccer is "an immersive pop-up experience bringing together the community, fans, clubs, artists and influencers to celebrate a common bond through their passion for soccer."

'Friends' is officially leaving Netflix in 2020