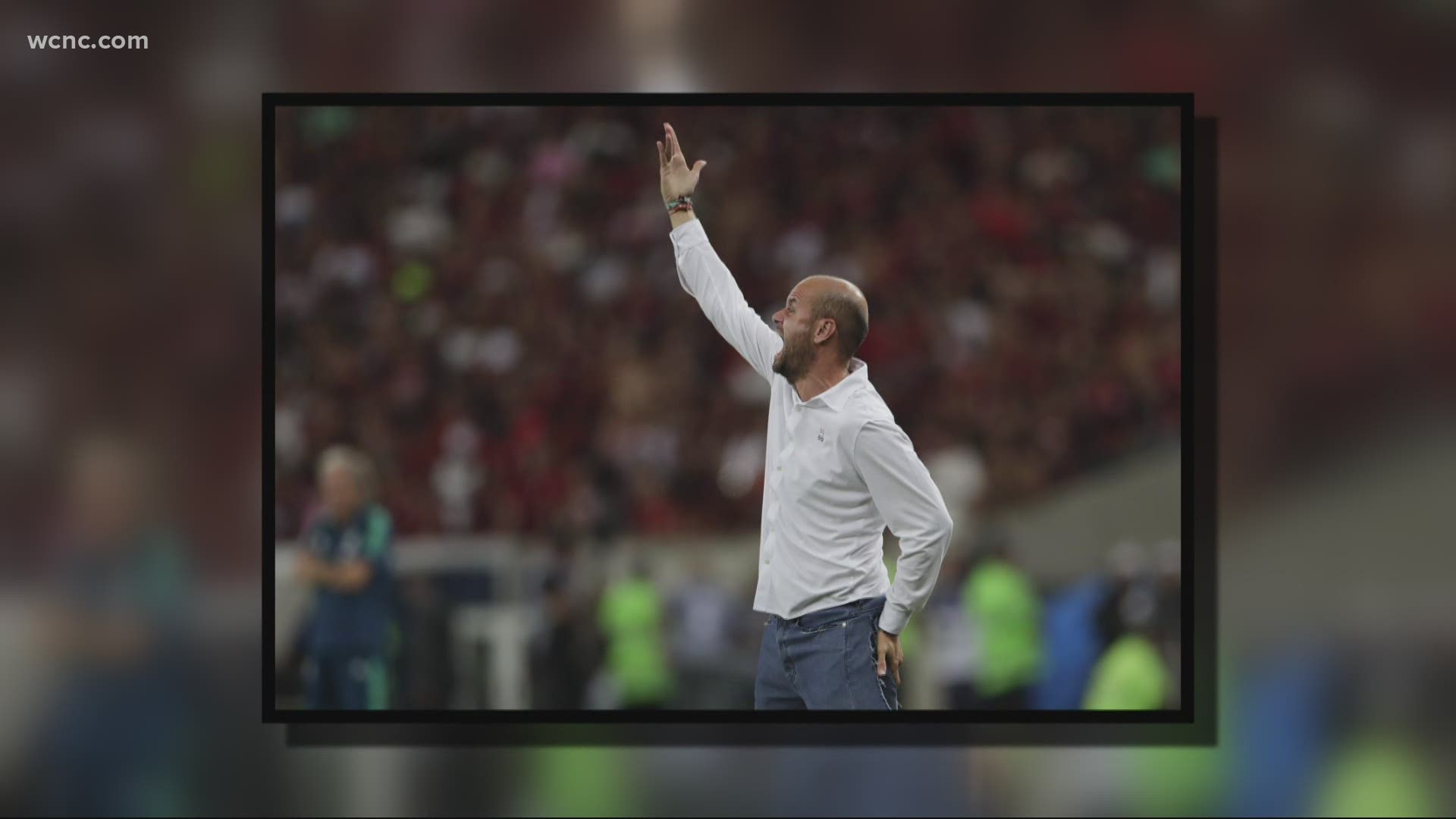 Q: "You broke the news earlier this week that Charlotte FC had hired its first head coach. What can you tell us about what to expect from him?"

A: "I think the better idea if you're a Charlotte fan and you want to learn about the new manager of Charlotte FC is to look at what he did in his previous stop - Independiente Del Valle. He led them to a Copa Sudamericana title in 2019, the first international title for a club in Ecuador that isn't used to having that kind of continental success. Not only did he win that title with that team, but he did so playing an attractive style of soccer. They like to keep the ball, they like to play possession, very technical. Also, they have a tendency to high press, they're actually very efficient at winning the ball back quickly so what that means is it’s a fun style of soccer to watch."

Q: "You mentioned his style of coaching and what to expect him to bring here to Charlotte so give me a little more in-depth on that, on what you think he's going to try to implement in year one here."

A: "You're going to get this kind of unique style where you have certainly I think we can safely say the Spanish influence of possession style of soccer with a little bit of the South American culture as well, which is faster-paced, higher pressing soccer. I think some people would call it an emotional game more in South America in some ways, so I'm actually very interested to see how that blend happens in MLS."

Q: "Obviously, Charlotte FC has started to put together their roster, they've put in some of those pieces, but still a lot left to be done. What kind of players do you think coach is going to want to bring here?"

A: "It's going to be a really interesting dynamic because so far, we've seen I think an eye more towards the European player. What will be interesting to see is does that shift at all with the new manager's knowledge of the South American market. Do we start to see some younger players brought in from South America? I think certainly we can expect an emphasis on younger players. That's a league-wide emphasis that we've seen in Major League Soccer. They've turned some rules around to try to emphasize developing young players."