'Without fans, it's nothing' | Charlotte FC's inaugural game will be against a monster opponent 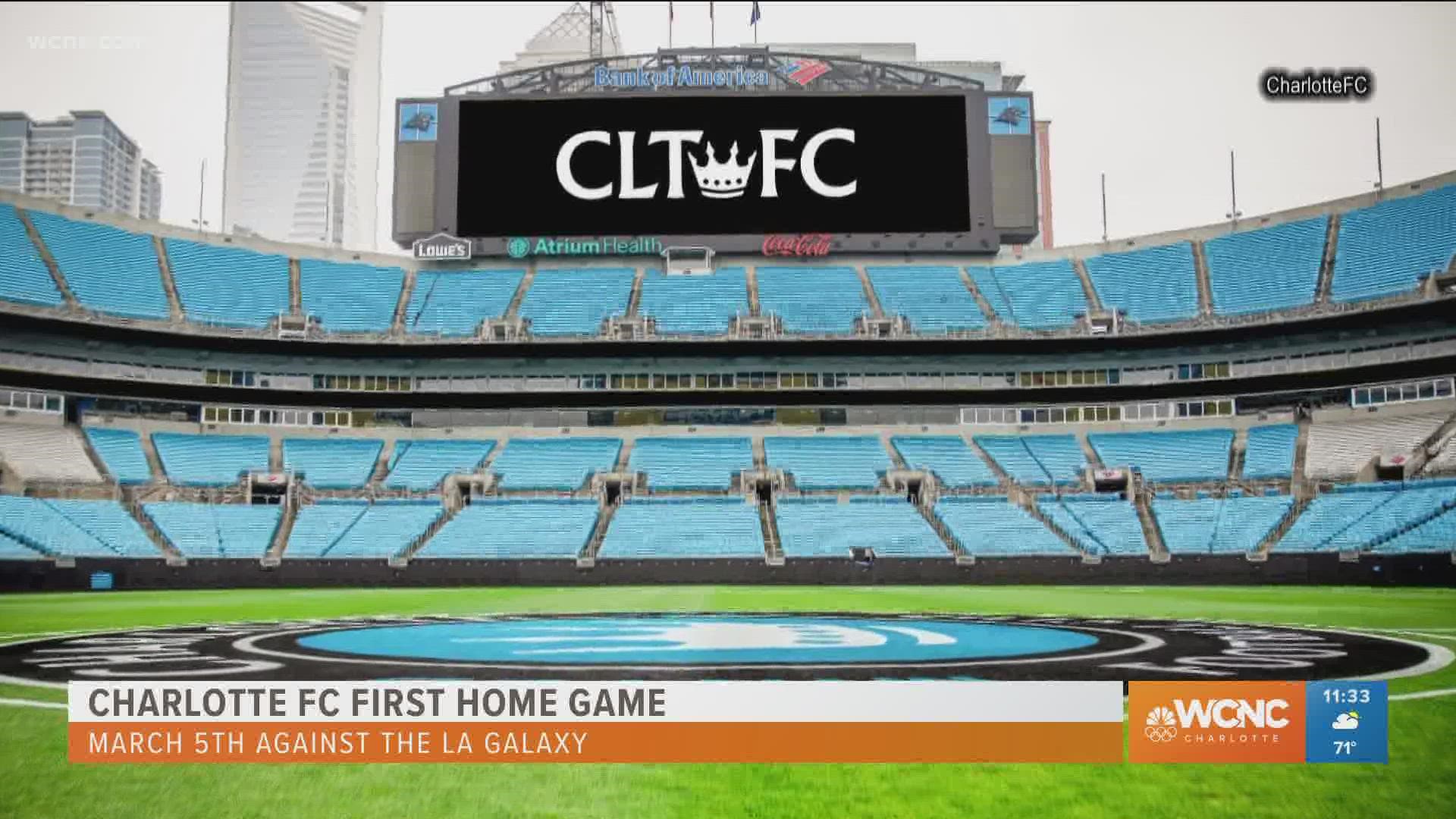 The team's first match ever at Bank of America Stadium will be against the five-time Major League Soccer champion LA Galaxy.

While the Galaxy are one of MLS' founding teams, many people may remember them most for when the team acquired soccer superstar David Beckham back in 2007.

"When David Beckham joined the club, it was a big, big noise, and everyone had their eyes on the MLS," Charlotte FC head coach Miguel Ángel Ramírez said during a news conference on Thursday when asked about playing the Galaxy. "I'm having the chance as a coach to play against them, so it's amazing for me."

Currently, the Galaxy's roster stars former Machester United striker Javier "Chicharito" Hernandez. He's Mexico's all-time leading goal scorer, so expect Charlotte FC to be on him like glue. Ramírez said the team has "all the ingredients now" to break the MLS attendance record with a big club coming to the Queen City.

"I hope that we can break this and have the support of the fans," Ramírez admitted. "The big clubs are made by the people, by the fans. Without fans, it's nothing."

But Ramírez knows the soccer community will have their eyes fixed on Charlotte for this game.

"For us, for my staff, for my players, it's an opportunity to show up and say to the MLS and to the world: 'We are here, guys, and we want to make big things,'" Ramírez added. "It's something we want to say to the people, it's above winning or losing or above playing a game, so I'm really excited to start working on the pitch."

“Playing against one of the most recognizable brands in the world in our inaugural home match only heightens the anticipation and makes this a truly historic moment in Charlotte sports history," Kelly said in a press release. "We’ve been bold in making our goals known for this match—to achieve a sellout crowd and have the most attended game in league history—and we’re confident everyone across the Carolinas will come together to create an unrivaled environment to help bring home the first of many points at Bank of America Stadium.”

Ramírez acknowledged how long the Charlotte fans have been waiting for this day to come, so he anticipates there will be a lot of excitement when the first whistle sounds.

Charlotte FC's match against the Galaxy will be the team's second game of the season. The game is scheduled to start at 8 p.m, and tickets can be purchased at CharlotteFootballClub.com.

Charlotte FC's first game will be against LA Galaxy