St. Louis and Sacramento are reportedly in the lead for the 28th and 29th franchises but many think Charlotte would have a chance to get the 30th Major League Soccer team. 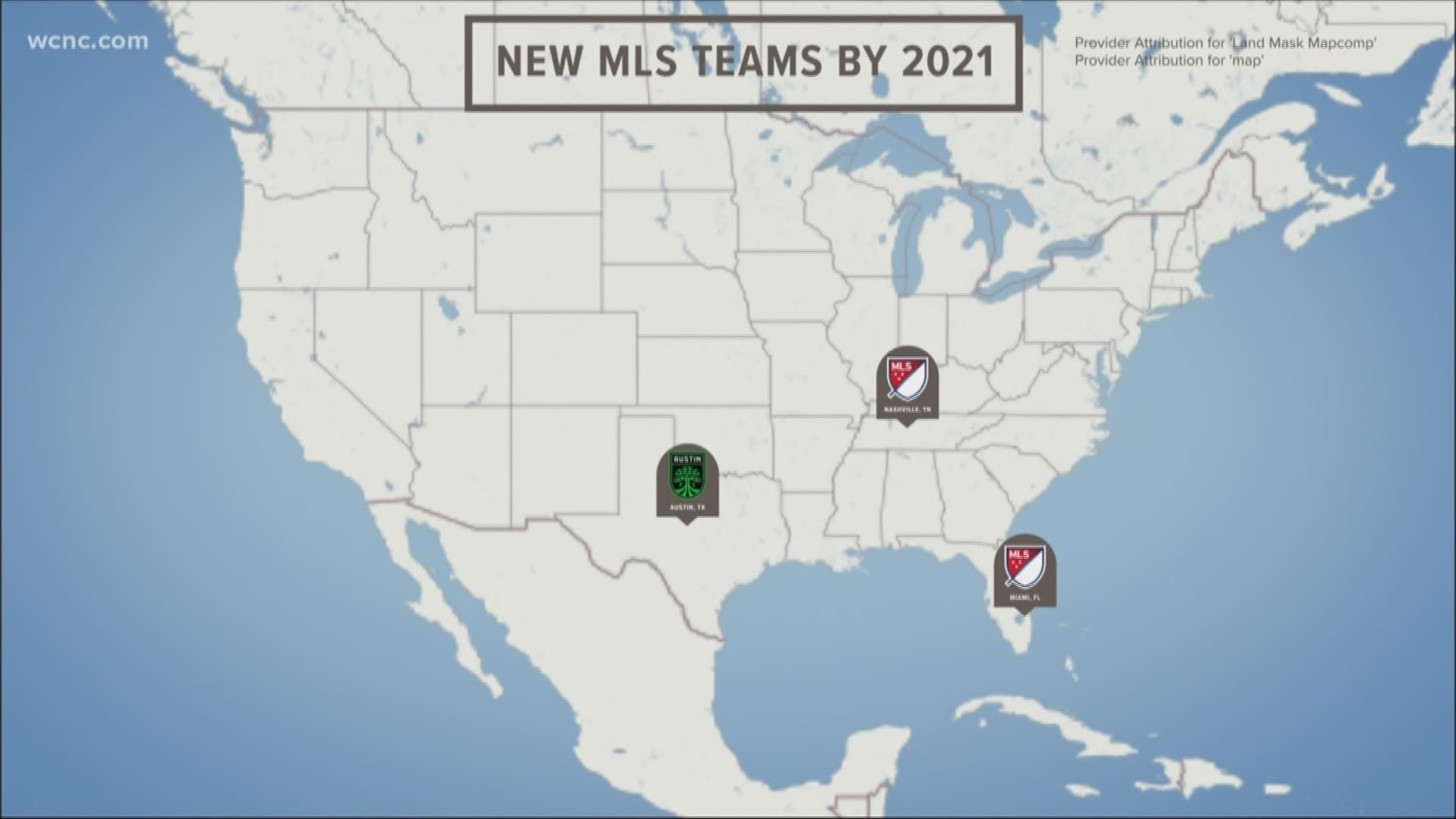 CHARLOTTE, N.C. — On Thursday night, Major League Soccer announced it would eventually expand to 30 teams, leaving many in Charlotte wondering if that helps the Queen City’s chances at landing a franchise.

Currently, there are 24 teams in MLS with three more (Miami, Nashville and Austin) on the way. St. Louis and Sacramento are reportedly front-runners to land teams 28 and 29, but many think Charlotte would have a solid chance at getting the 30th team.

RELATED: 'It's something that belongs in Charlotte' | Tepper reignites push for MLS team

Since taking over the Carolina Panthers in July 2018, owner David Tepper has made it clear he would like to try and bring MLS to Charlotte, and Bank of America Stadium. In fact, the Panthers have recently held focus groups, and sent out surveys to fans inquiring about their interest in seeing a team come to the Carolinas.

Earlier this year, Tepper said of MLS, “I personally believe it’s something that belongs in Charlotte.”

One member of MLS told NBC Charlotte in January that Charlotte is one city the league could succeed in.

Other cities reportedly in the mix for the 30th franchise include: Raleigh, Phoenix, Indianapolis, Detroit and San Diego.