South Carolina athletics director Ray Tanner has started to paint a picture of what Saturdays in the fall will look like with social distancing on game day. 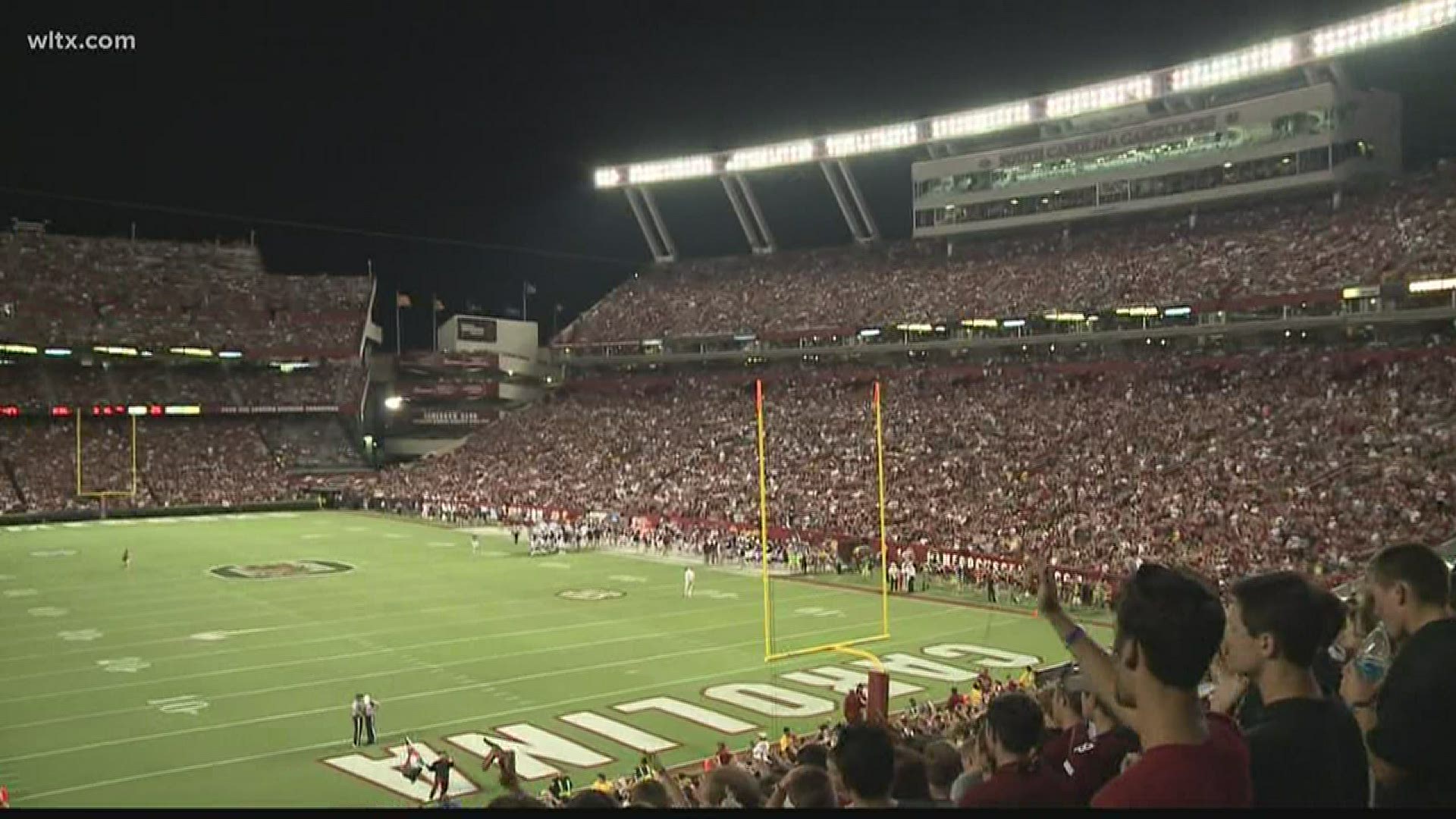 COLUMBIA, S.C. — Williams-Brice Stadium has a capacity of 80,250. It may be some time before even a fourth of the stadium will be filled.

Gamecock athletics Ray Tanner was on "The Halftime Show" on 107.5 The Game Wednesday and he provided some insight as to the number of fans who will be allowed to watch the season opener with Coastal Carolina.

Tanner's initial number would be less than what would fill the Colonial Life Arena.

“If we socially distanced at Williams-Brice, probably 15,000 would be a number I would throw out,” Tanner said

“I’ve had some people who have studied that very closely. It might get as high as 20 (thousand). It might not be that circumstance at all, where it could be no fans. We still have some time, but not as much as we once did."

Tanner added that there could different scenarios where one SEC school is allowed to have a few more fans in its respective stadium than another.

"I believe that once we make the decision, as a league that has all the approvals necessary to play that it’ll be left up to the institutions and the constituents involved. Whether that’s your government, your local municipalities and the university as to what type of modeling we do," Tanner said.

"I think that’ll end up being the case. While some schools have 50 percent, some schools may have 20 percent. That might be determined with that local entity.”

Tanner also sounded optimistic that there will indeed be football in the fall. But as far as if the dates on the schedule poster will match up to reality, that remains to be seen.

"I’m hopeful we can play. We would love to see live content and us see a packed house. We’d love to see those things. If not, let’s take what we can get at this point," Tanner said.

"I don’t want to ever lose sight that the health, safety and welfare of everyone involved are paramount. If we can’t do it, we postpone it.

"I don’t see a scenario where we cancel it. It’ll be a postponement in my estimation where we look for an opportunity at a better time with the environment we’re dealing with where it’s safe to move forward.”