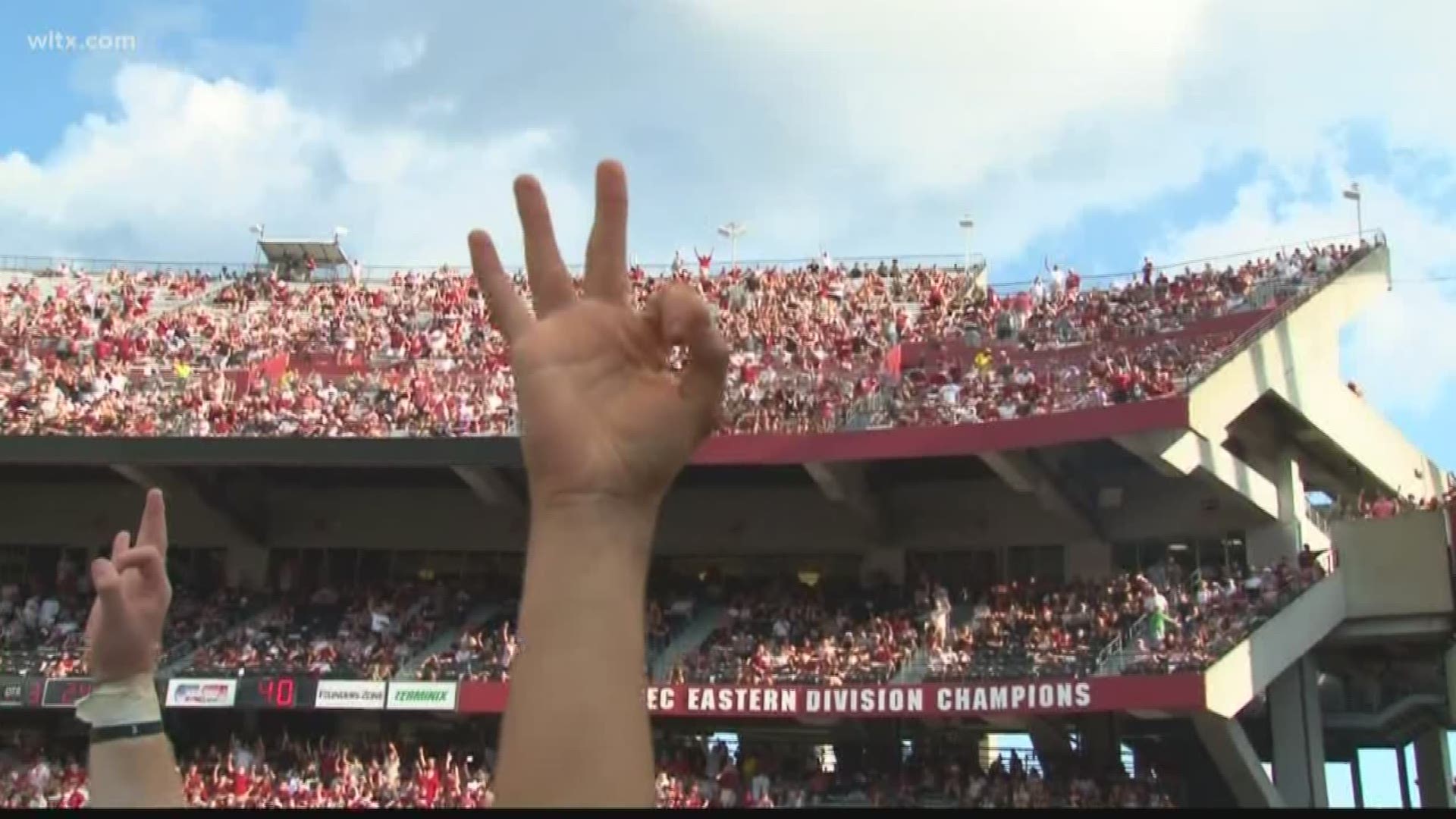 COLUMBIA, S.C. — Thousands of fans traveled to Williams-Brice Stadium in Columbia Saturday for a football game. But for a moment during the contest, it wasn't just about sports. It was about life.

Ryan Hilinski is the starting quarterback for the South Carolina Gamecocks. But his family has gone through tragedy. Back in January of 2018, Ryan's older brother, Tyler, a quarterback at Washington State University, took his own life.

Since then, the family has been working to bring more awareness of mental wellness for student athletes all across the country.

RELATED: Why Gamecock fans will all raise 3 fingers at the Alabama game

RELATED: Ryan Hilinski's first Gamecock Walk is one to remember

At the start of the third quarter, fans from both South Carolina and Alabama raised up the number three. (That was Tyler's number, and the number Ryan wears now.)

Everyone in the entire stadium held the three up to make sure student athletes on the field and across the country know they're not alone.

Former Gamecock quarterback Perry Orth says it was a great way to shine a light on mental health.

"What a special moment that was," he said. "I don't think any of us can fathom, unless you've been through it, what the Hilinski's are going through, even to this day. The way they've turned that tragedy into making awareness about that topic, it's phenomenal."

The Hilinski family started an organization dedicated to providing resources for mental wellness for student athletes. It's called Hilinski's Hope.