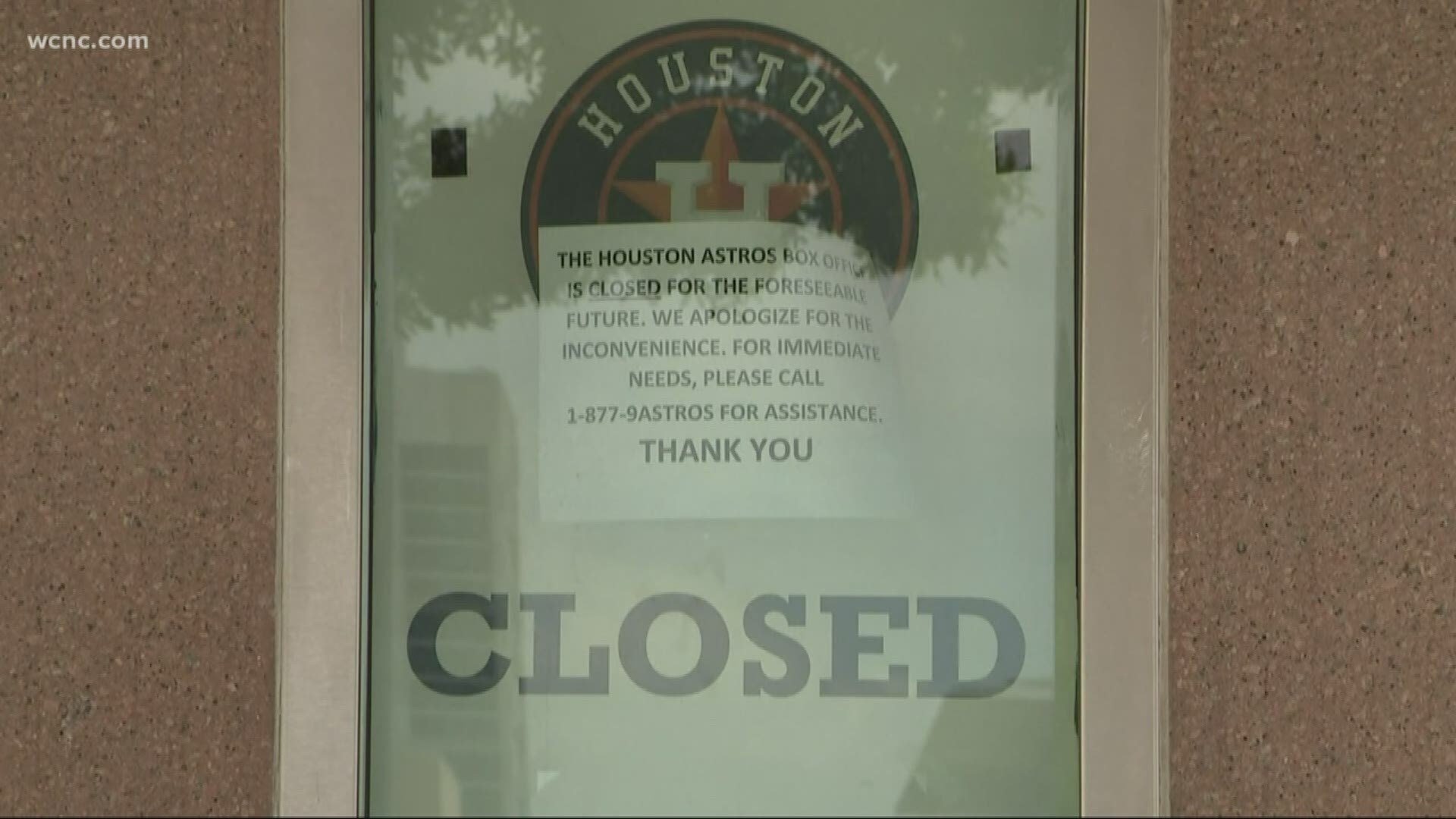 CHARLOTTE, N.C. — With leagues worth billions shutting down all over the country -- the economic impact will be harsh.

"Gameday revenues, plus the media revenues, plus sponsorships, plus merchandising," said Glenn Gerstner, an Associate Professor at St. John's University and member of the North American Association of Sports Economists.

"If the players are not being paid they're not spending money. If the people that work at the stadiums are not being paid, their quality of life is truly adversely affected," said Gerstner. "We then multiply that across the other big four sports."

Gerstner points out that sports still represents just a fraction of the world economy, but there's a large-scale cultural impact.

"Sports has always been a diversion, something to take our minds off what's going on in the world," he said, "and we don't have that right now."

Many leagues and events have TV rights worth billions -- now those sports aren't happening or aren't happening when they're supposed to. CNBC's Eric Chemi says the sports world will find a way.

"A lot of these deals are multi year contracts," he said. "So there is a good understanding that we will have multiple years to make up for these losses."

NBC for instance, has a multi-year deal with the Olympics worth nearly $8 billion. Chemi says the Olympics being pushed to 2021 could actually net more money. If the Olympics still happened during a world health and economic crisis -- who could or would spend on advertising?

"Or they might not have had the money to pay for those involved," he said. "So the idea of doing it next year could actually be a good thing for all the parties involved."