Hsu Wei-Ling rode an eagle at the 15th hole to an emotional two-stroke victory in the Pure Silk Championship on Sunday. 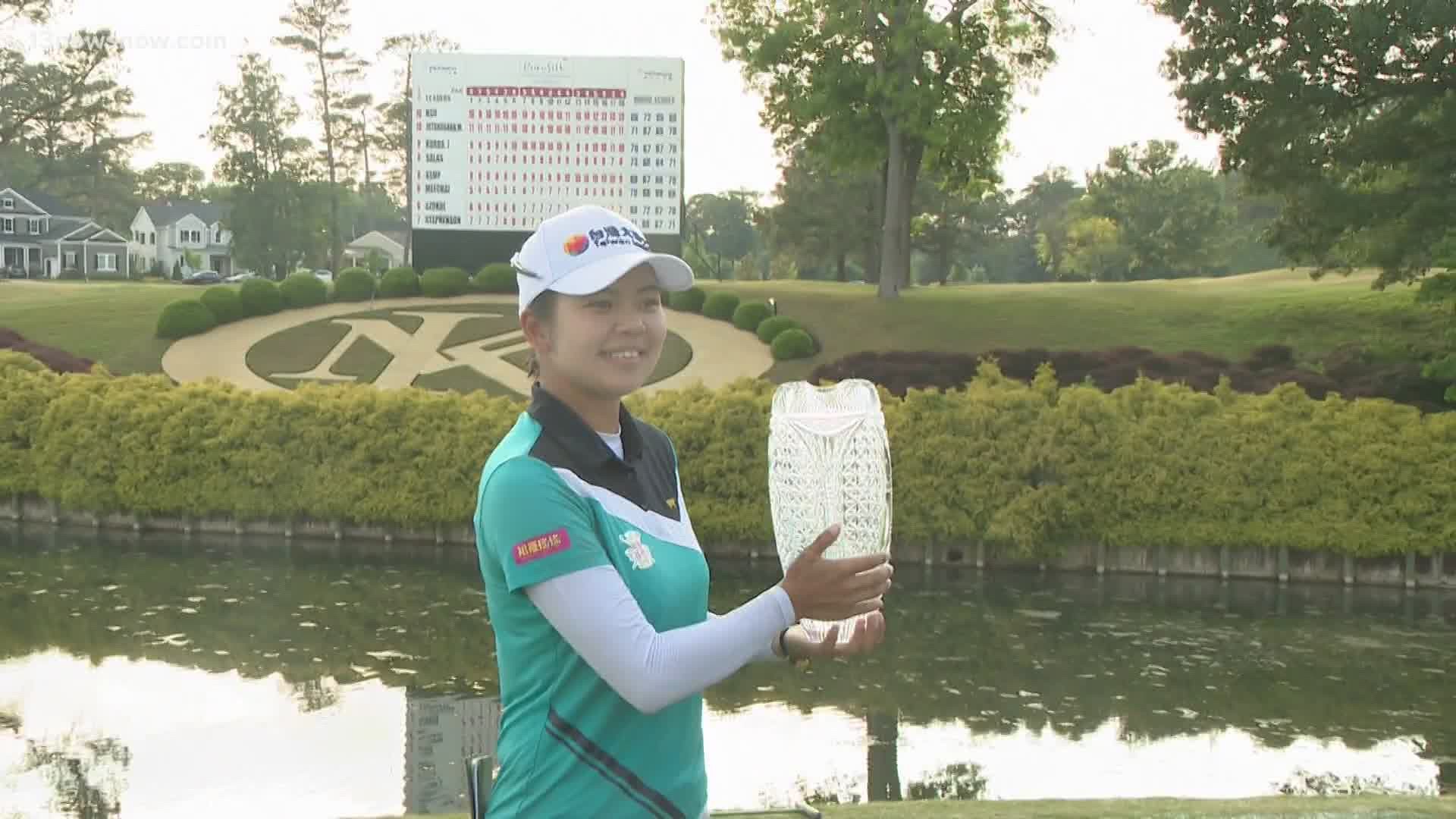 WILLIAMSBURG, Va. — Hsu Wei-Ling rode an eagle at the 15th hole to an emotional two-stroke victory in the Pure Silk Championship on Sunday, capturing a long-awaited first LPGA title.

"I thought I wouldn't cry," said the 26-year-old, who indeed broke down in tears after a two-putt par at the final hole to seal the win.

1 / 9
AP
Lizette Salas taps her putter after missing a birdie putt on the eighth hole during the final round of the LPGA Tour's Pure Silk Championship golf tournament in Williamsburg, Va., Sunday, May 23, 2021. (AP Photo/Steve Helber)

But the emotion had been building since her eagle at the par-five 15th, where her second shot kicked onto the green and she made the putt and suddenly find herself with a two-shot lead.

Playing partner Moriya Jutanugarn -- who started the day tied with Hsu for the lead -- had arrived at 15 with a two-stroke lead, but the Thai found a fairway bunker with her second shot and ended up with a double bogey at the easiest hole on the Kingsmill Resort course in Williamsburg, Virginia.

"I thought, I've been waiting seven years for this, I don't want to wait anymore," added the 26-year-old, who graduated from the Symetra Tour to play her rookie LPGA season in 2015, had 10 top-10 finishes, including one runner-up, on her resume.

Moriya rebounded with her fifth birdie of the day at the 17th on the way to a one-under par 70 and solo second on 11-under 273.

She was one stroke in front of American Jessica Korda, who had three birdies and two bogeys -- including a three-putt at the last -- in a one-under 70.

Hsu became the first Taiwanese player to win on the LPGA tour since Tseng Yani won the 2012 Kia Classic.