Hornets select James Bouknight with No. 11 pick in the NBA Draft 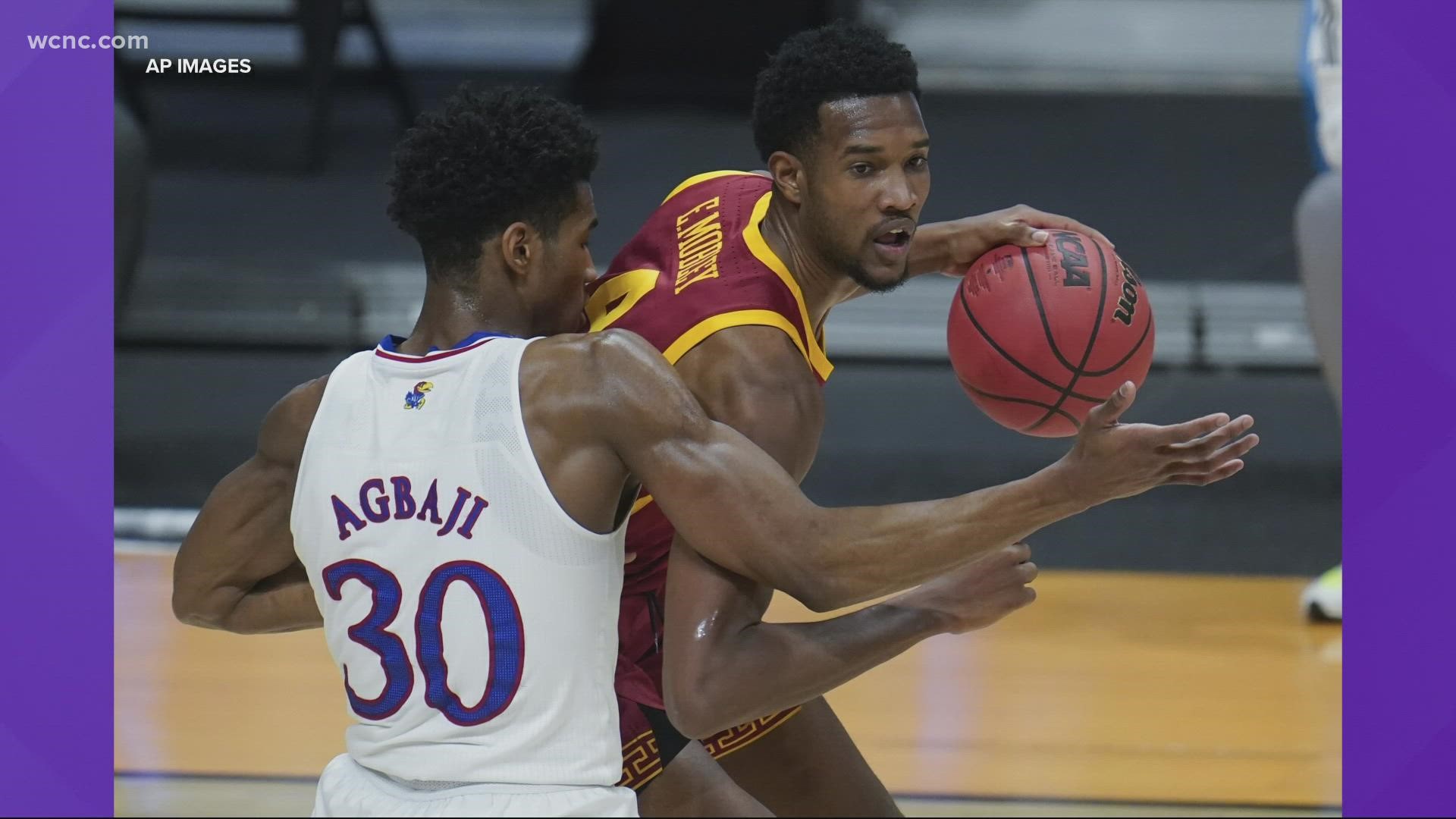 CHARLOTTE, N.C. — The Charlotte Hornets held the No. 11 pick in the NBA Draft on Thursday night, and used it on James Bouknight.

It's no secret that Charlotte needs help at the center position.

"As of right now, I think the Hornets probably select No. 11," Locked On Hornets host Walker Mehl said. "We haven't seen (GM) Mitch Kupchak pull off a ton of trades. It's possible and I think it's very in play. Ultimately I think they stay home at No. 11."

There are some rumblings about a three-team deal between the Rockets, Pacers and Hornets that would involve Myles Turner, Eric Gordon and a handful of draft picks in tomorrow night's draft, but there is no official deal in place as of now, a source tells @HoopAnalysisNet.

While it's not like having the No. 3 pick, like they did in 2020 when they landed LaMelo Ball, the Hornets can still get a good player at No. 11.

RELATED: What to expect at tonight's 2021 NBA Draft

Will the mystery caller come through? 📲🏀⁉️ pic.twitter.com/hPmYeLTOhS

That's the same slot that saw them draft Malik Monk in 2017.

That's also where current Phoenix Suns forward Cameron Johnson was picked in 2019, originally by the Timberwolves.