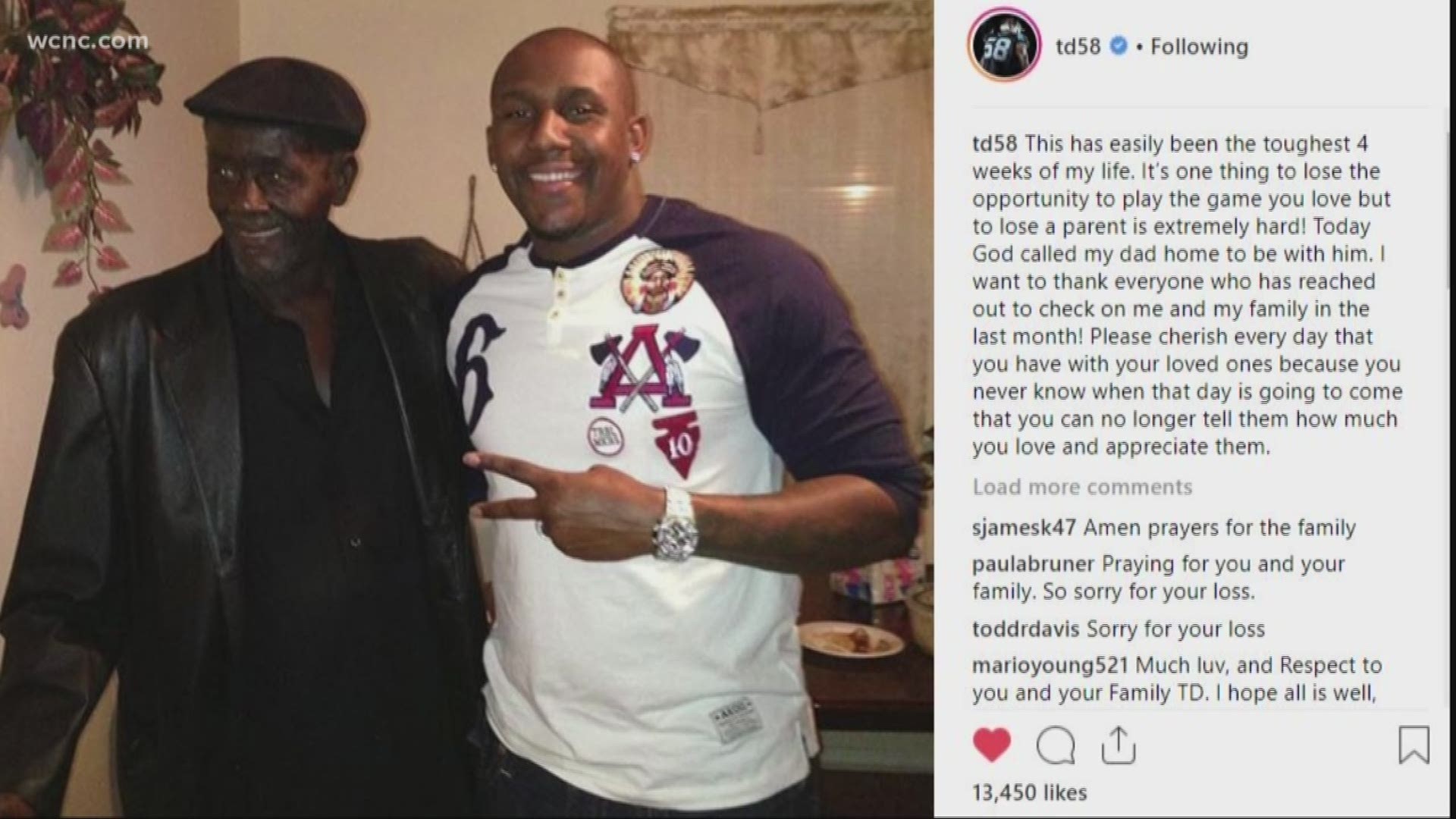 CHARLOTTE - Shortly before leaving for his four-game PED suspension, Thomas Davis told the media he'd return in the best shape of his life.

Four or five days per week during his suspension, Davis works out with longtime trainer Jed Hartigan at Velocity Sports Performance.

"Just really trying to make sure that I'm holding up my end of the bargain," he told NBC Charlotte Sports Director Nick Carboni.

Davis is used to working out this time of year, just not here, away from his teammates.

"That's not a good feeling, that's not something no player should have to go through regardless of the league rules," he said. "I think that's something that needs to be talked about..I don't think it benefits anybody to be totally taken away from it all."

Davis says this is one of the worst periods of his life. Even when he missed time with three major knee injuries...he was still allowed to be around the team.

"When you have the game totally taken away from you, cut off, pretty much exiled from everybody else it's extremely tough," said Davis. "You can't do anything, you almost feel helpless."

But on Sundays Davis has been an avid observer, watching every game from his living room.

"I'm a fanatic, crazed fanatic," he said. "I'm one of those people yelling at the TV."

And like other fans, he has thoughts on how the team could be better, but of course, brings a Pro Bowl perspective.

Defensively, some of the areas I feel like I can add from an outside perspective sitting on the outside watching," he said.

When he returns Davis will come back to a 3-1 team, a team that could get Greg Olsen back next week too, and a team with a Super Bowl or bust mentality.

And he can't wait to be a part of it again.

"For me, it's going to be extremely special to be able to walk through those doors again and know that I'm essentially home again," he said.

Davis has said this has been the toughest four weeks of his life. It got tougher on Saturday when Thomas Davis lost his father. As if he didn't have enough to play for already.

This has easily been the toughest 4 weeks of my life. It’s one thing to lose the opportunity to play the game you love but to lose a parent is extremely hard! Today God called my dad home to be with him. I want to thank everyone who has reached out to check on me and my family in the last month! Please cherish every day that you have with your loved ones because you never know when that day is going to come that you can no longer tell them how much you love and appreciate them.