Trey Phills is the son of Bobby Phills whose time with the Hornets was cut short after a tragic car accident. 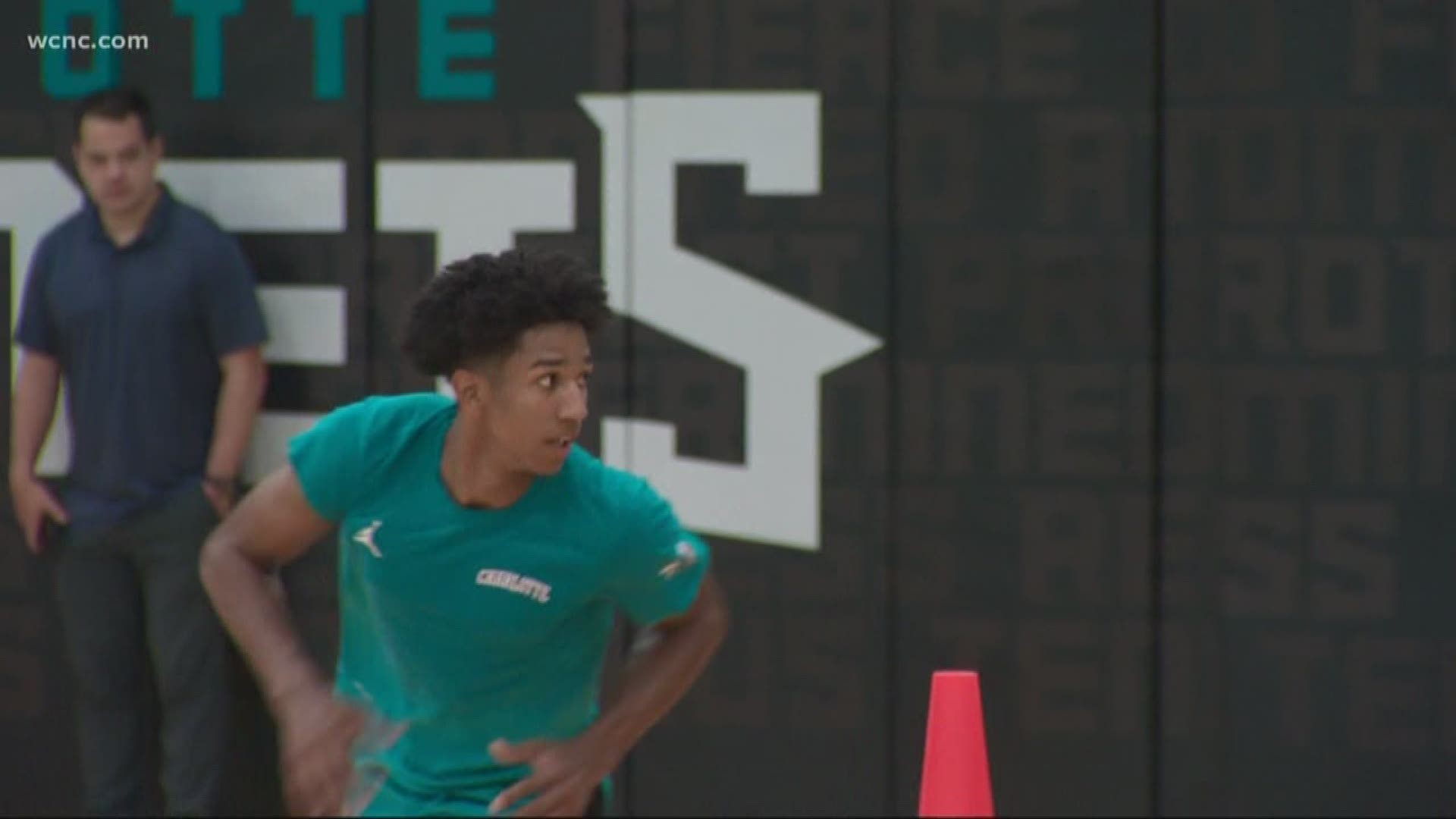 CHARLOTTE, N.C. — It’s been nearly two decades since Bobby Phills’ time with the Hornets was cut short after he lost his life in a tragic car accident. Friday, there was another player with the same last name playing basketball in Hornets gear.

Trey Phills is a guard who grew up playing at Charlotte Christian and continued his basketball career at Yale. He was invited to a predraft workout with the Hornets, a meaningful workout for any NBA hopeful. More meaningful though for Trey, because Bobby Phills was his father.

“I got goosebumps right now. Me and my uncle we used to workout here since I was like 12-13 years old, just getting up shots late night. Just to be back in here after I graduated from Yale is just really special,” Trey said.

His father was killed in a car accident in 2000 after leaving Hornets practice. Bobby Phills jersey is the only retired uniform hanging in the rafters at the Spectrum Center.

“I knew there was a chance so I just tried to stay ready. I was working out with my coaches back at Yale and I got a text. He was just like, ‘Hey, it’s Larry Jordan. We want to get you back out to Charlotte. So I was like, ‘I would drive twelve hours tonight to get back down there,” Trey explained.

It was the first workout for the former Yale guard, and now he’ll wait to see what happens with the NBA draft next week on June 20th.

The Hornets will have the 12th pick in the draft.