Big-name Tar Heels will join a pair of professional golfers 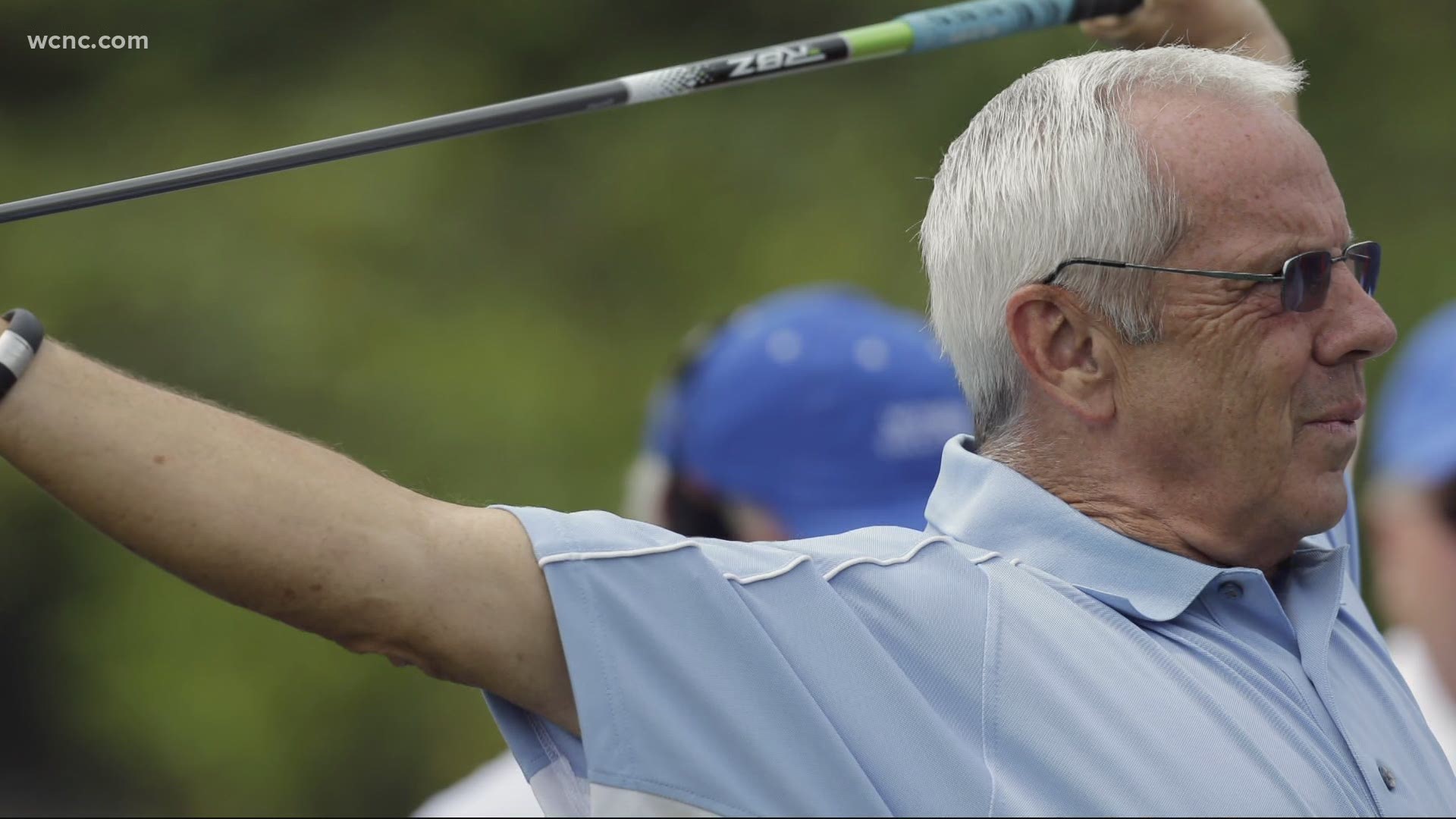 CHARLOTTE, N.C. — While the Wells Fargo Championship expects to begin announcing commitments to its field soon, the tournament is already filling its Pro-Am with several notable North Carolinians.

Current UNC football coach Mack Brown and former basketball coach Roy Williams will play together in Wednesday's Pro-Am on May 5.

In fact, the tournament has dubbed it "Roy Williams Day," to honor the Hall of Fame coach who announced his retirement on April 1.

Love is a Charlotte native who played for the Tar Heels. Woodland played at Kansas, where Williams also coached, and won the 2019 U.S. Open.

Proceeds from tickets sold for the day will be used to assist student-athletes at UNC through The Rams Club.

Tickets can be bought here.