Sam Howell is using his name, image and likeness to partner with a non-profit organization that delivers meals to underprivileged children. 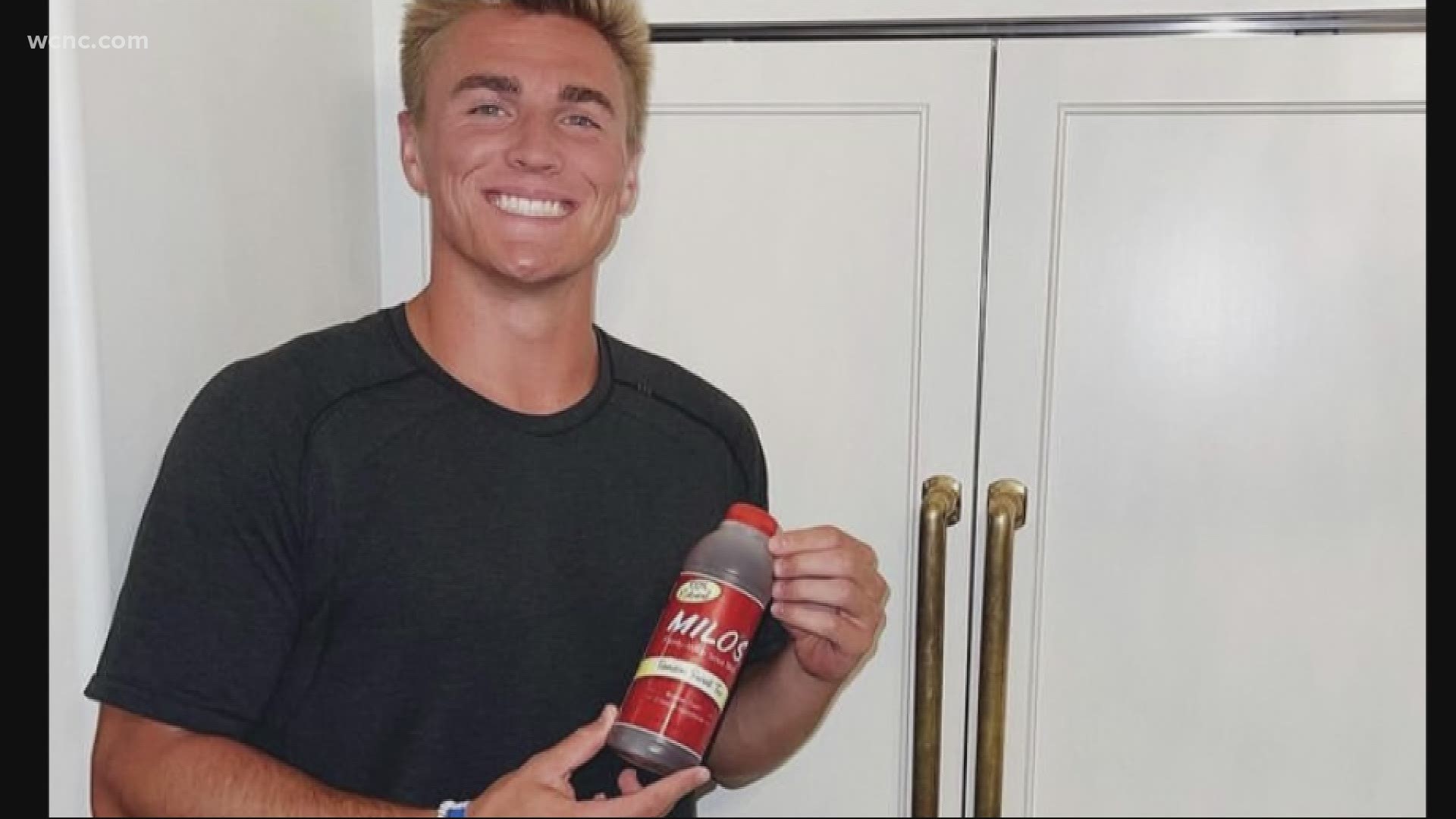 CHARLOTTE, N.C. — There were some differences since the last time ACC Kickoff was held in Charlotte in 2019.

First of all, there are no stacks of thick media guides from each of the conference's programs that sit out on shelves.

The reference books are all digital now.

And this time, athletes were being asked, in the open, about financial opportunities, just a few weeks after the NCAA relaxed rules that prohibited college athletes from profiting off of their own name, image and likeness.

And Alabama coach Nick Saban says one of his players could be a millionaire soon from endorsement deals.

North Carolina quarterback Sam Howell was the biggest name and most recognizable face among players at ACC Kickoff on Wednesday.

The former Sun Valley High School standout is even being pegged as a Heisman Trophy favorite ahead of the season.

But the first partnership he put together was with a nonprofit organization.

"I partnered with a charity in Chapel Hill called TABLE," he said. "It's a charity that delivers meals to underprivileged kids."

Howell has already been to their offices in Carrboro to learn more about what they do, and visit with staff.

TABLE serves over 700 kids every week by delivering meals.

"Back in my hometown we didn't have a whole lot when I was younger," Howell said. "It's important to me to give back to the community."

And it's not just a fancy graphic. Howell will be putting in the work.

"Sam will actually be delivering food for us," Suzanne Tormollen, TABLE's Director of Community Relations, said. "He can help raise awareness for our need for volunteers. To fight insecurity. I don't think a lot of people realize just what that need is."

Three days a week, TABLE delivers 225 bags of food per day. And now they can count a star college quarterback as a volunteer.

"I think it speaks volumes that he would put trust in our organization and attach his name to what we do," Tormollen said.

Howell will likely pursue profitable opportunities as well and has even hired a marketing team.

But using his name, image and likeness this way, was important.

"I just want to do something where I can give back to the community and make an impact on somebody's life," he said. "We have this phenomenal platform, this incredible opportunity. I just want to make a difference in the world."